The Tom Steyer campaigns you haven’t heard about yet 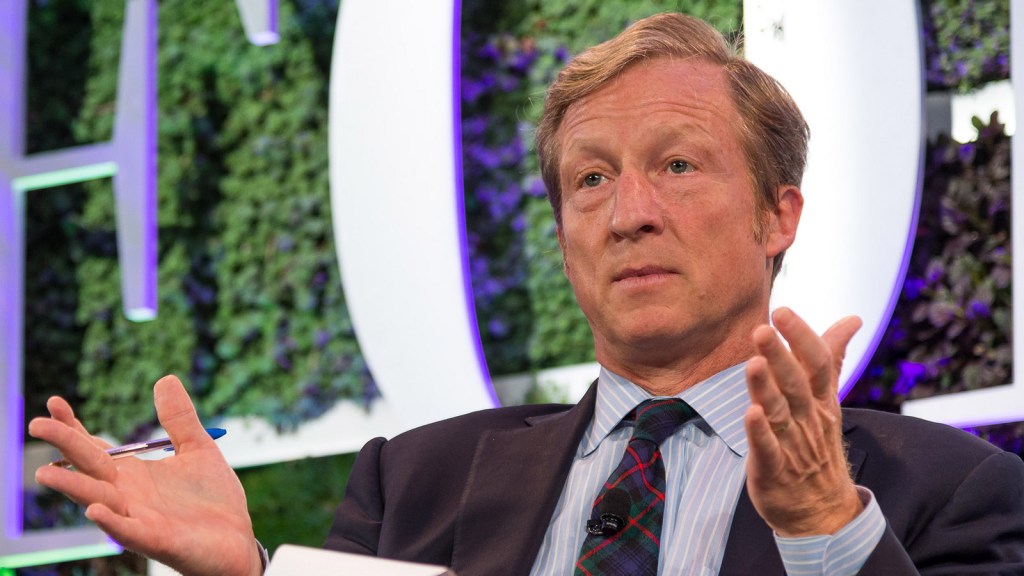 The Tom Steyer campaigns you haven’t heard about yet

You already know about the huge amount of money being spent to get voters to care a bit more about climate change, and to prod those who already care into polling places today. Leading the charge, of course, has been Tom Steyer, the hedge-fund billionaire turned political moneyman who is forcing candidates for Senate and governor to address an issue they really, really don’t want to talk about.

But even though those congressional and gubernatorial races get the bulk of the attention, Steyer and like-minded donors have been active at the state level too. The New York Times’ Kirk Johnson reported recently on Steyer’s spending in Washington state:

The effort by a California billionaire named Thomas F. Steyer to bolster global climate change measures in Washington has turned the battle over the State Senate into one of the most expensive legislative elections in state history.

Money has poured into the handful of legislative races that Mr. Steyer’s political action committee identified as central to shifting the Senate’s leadership from a Republican-led coalition to a Democratic majority that would support the ambitious climate goals set by Gov. Jay Inslee, a Democrat.

… The Democrats need a net gain of two seats to achieve a Senate majority, and Mr. Steyer’s political action committee, Nextgen Climate Action, has contributed $1.25 million to that goal.

“We want to make climate change a local issue,” a spokesperson for Nextgen Climate told the Times. The PAC is also spending on state legislature races in Oregon, California, and Iowa, though the biggest money is going to Washington state.

At the moment, Gov. Inslee is waiting on his legislature’s approval to launch a greenhouse gas reduction plan — including a cap-and-trade program — that will help the state meet future targets that the legislature itself set in 2008.

There’s also a bigger picture: In 2013, governors of Washington, Oregon, and California, and a proxy for the premier of British Columbia, signed the Pacific Coast Action Plan on Climate and Energy. Steyer is a big supporter of the plan — he even helped broker it — but for it to be realized, he told the conservative Washington Examiner, governors will “need stronger majorities in Oregon and Washington.” Cue the dump trucks full of cash.

Other groups are fighting it out at the state level as well. The League of Conservation Voters has a network of state-level affiliates, which are active in this year’s election cycle (though, as is often the case with electoral money trails, we won’t know quite how active until long after the results of the elections are in). LCV’s Colorado affiliate is behind a big push to elect two state-level democrats in Colorado, one to the state Senate and one to the House. The Environmental Defense Action Fund, earlier this year, backed four candidates in the Kansas GOP primary who had supported the state’s mandate requiring utilities to use more renewables. And state-level political action committees like California’s Leadership for a Clean Economy have sprung up to help direct money to worthy politicians.

It’s a smart strategy. Conservative groups like the American Legislative Exchange Council and the State Policy Network have long recognized that while Congress moves slowly — and, in recent years, has not really moved much at all — it’s very often at the state level that the policies that affect day-to-day life are debated and implemented. So fighting battles for the statehouse and city hall makes sense — and it’s much cheaper. Climate hawks appear to now have that page in their playbook too.