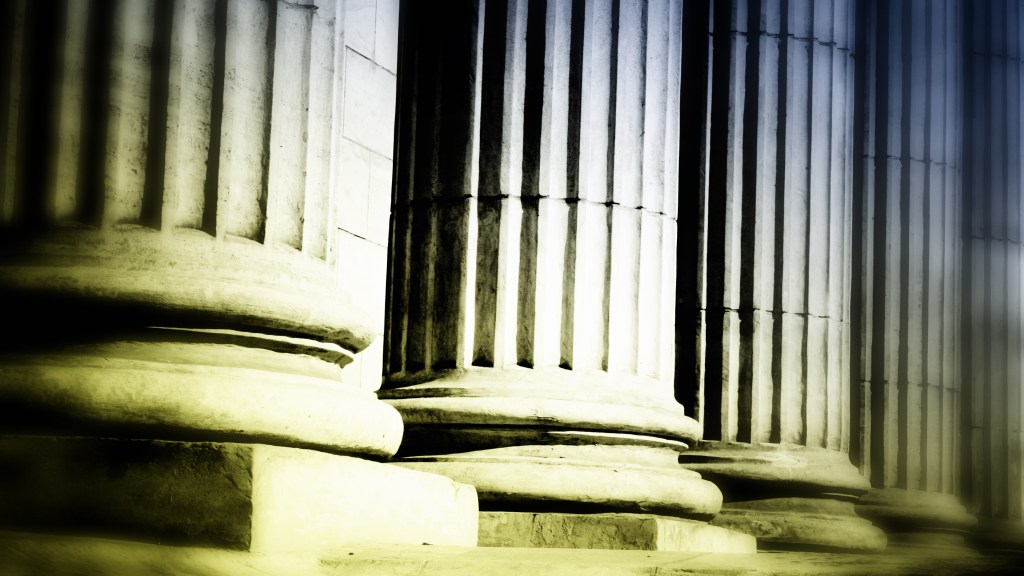 The war on civil rights protections continues at the U.S. Supreme Court. In 2013, the high court crippled the Voting Rights Act, and last year it upheld an affirmative action ban in Michigan. The latest battle is against a key tenet of civil rights law called “disparate impact,” which allows parties to sue the government if people of color end up becoming harmfully affected by it.

The legal dispute currently before the court pertains specifically to the Fair Housing Act, but a ruling dismantling the ability to bring disparate impact claims could impact the environmental world as well.

The case, which was argued before the high court on Wednesday, involves federal low-income housing tax credits, which the government gives to developers to build affordable housing units. According to the nonprofit Inclusive Communities Project, which brought the case, the housing authority in Dallas was awarding these credits for projects built into predominately poor, black neighborhoods, reinforcing the segregation it was supposed to address.

The case, Texas Department of Housing and Community Affairs v. The Inclusive Communities Project, Inc., is the third case in many years to challenge disparate impact as a legal claim. It was last threatened in 2013 in the Mount Holly Citizens in Action v. Township of Mount Holly case, which I wrote about, but was settled out-of-court before the justices could review it.

Civil rights advocates went into Wednesday’s oral arguments for the Texas hearing with a fair amount of anxiety. Chief Justice John Roberts has long been suspicious of effects-based discrimination findings, as have Justices Antonin Scalia and Clarence Thomas, and that’s been reflected in their recent voting rights and affirmative action rulings.

Environmental justice activists are watching the case closely, too. Most environmental justice case law is about proving that people of color and low-income have been disproportionately burdened by pollution. The Environmental Protection Agency is supposed to use similar guidelines, under Title VI of the Civil Rights Act, to determine whether certain environmental permitting and siting decisions have resulted in already-vulnerable populations being made to live too close to hazardous waste incinerators or toxic landfills, as just a couple of examples.

But then there are clear environmental implications for measuring disparate impact problems even when dealing strictly with the Fair Housing Act, which bore out in Wednesday’s oral arguments. U.S. Solicitor General Don Verrilli told the court that policies like “zoning restrictions [and] housing program restrictions” could lead to disparate results. It’s often zoning decisions that allow companies to build pollution-heavy facilities near the homes of mostly black, Latino, and low-income families, or vice versa, because the property values there are cheaper.

So how do you remedy something like that, asked Chief Justice Roberts, if the discriminatory effect becomes apparent only after the policy is put into place? The answer, said Attorney Michael Daniels, is to stop “putting [housing] projects next to landfills and hazardous industrial uses.”

Simple enough, right? But not so simple if the landfill or factory already exists, and you have to prove there was malice in the heart of the developer who placed the housing projects near the landfills. Still, that’s exactly what Texas’ Solicitor General Scott Keller argued — that the law should only apply if someone sets out to burden racial populations on purpose. The Fair Housing Act, he said, does not call for disparate impact liability claims, even though 11 different federal appeals courts have already affirmed that it does over the last 35 years.

With all of that considered, Even Justice Scalia — who’s proven no friend of civil rights in race-based cases — asked Texas’ attorney Keller “why doesn’t that kill your case?”

It should’ve killed the case, but few states have fought as obstinately and aggressively to deprive people of color of the ability to seek legal redress in court for civil rights protections than Texas. The Lone Star State has been a party to recent challenges to the Voting Rights Act and affirmative action before the Supreme Court, in each case seeking ways to limit the paths people of color can take for finding the state liable for discriminatory policies.

And yet racial discrimination has been fully dyed in the fabric of Texas’ laws for decades, and not just in the rural, “redneck” parts of the state. Progressive enclaves like Austin have been guilty of setting racist policies in both past- and present-day Texas, the history of which was recently captured in-depth in the Austin American-Statesman multimedia news feature “Inheriting Inequality.”

The story tells how Austin built a Negroes-only section into the city in 1928 with the specific purpose of keeping black residents segregated from white ones. Such racialized zoning is illegal now and would easily fail a legal test of intentional discrimination. But yet the city today still is among the most segregated in the nation. Writes the American-Statesman:

The policies that spawned a geographic divide [in 1928] set the stage for a sharp economic divide as well. Redlining not only blocked most minority residents from the country’s single-largest accumulation of household wealth, it also denied them the compound interest that future generations could derive from such affluence. Their exclusion from that wealth has calcified through an increasingly complex mix of social dynamics — subtle and unintentional forms of discrimination, disadvantaged schools, higher crime rates and passive public policies that maintain the status quo.

There’s got to be a way to capture and reverse “subtle and unintentional” discrimination, and civil rights lawyers and Congressmembers were keen to include methods for that in the Fair Housing Act. Texas lawyers are now trying to strip them out.

Civil rights advocates came out of the arguments feeling optimistic, especially given what sounded like an endorsement from Scalia. Elizabeth Wydra, chief counsel of the D.C.-based Constitutional Accountability Center, reported this: “A majority of Justices today appeared to reject Texas’ attempt to limit the reach of the Fair Housing Act, with none other than Justice Scalia labeling the states’ interpretation of the law as ‘very strange.’”

We’ll see where this falls when the court makes its ruling, which is supposed to come later this summer.