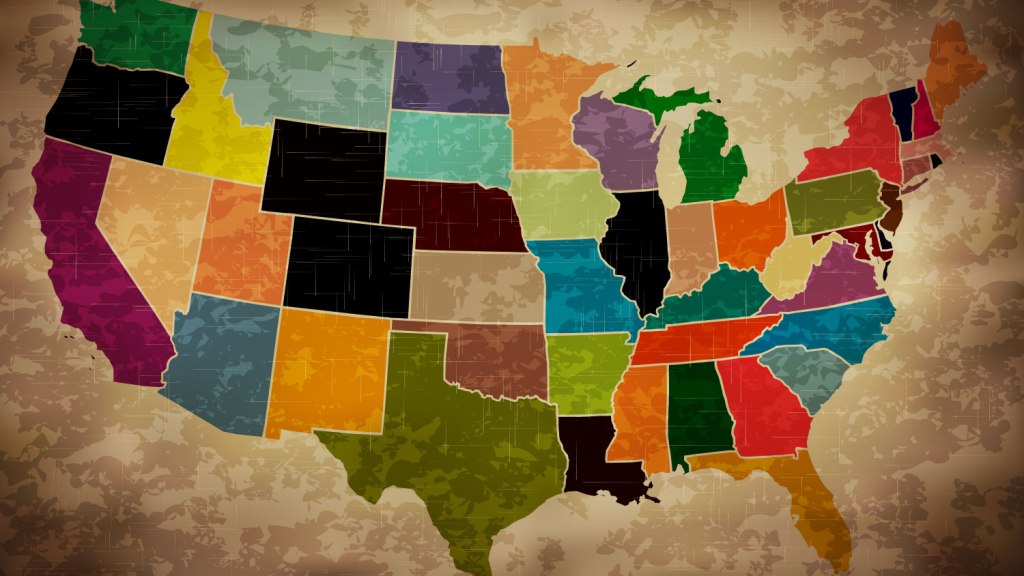 For background on what follows, see my previous post on the legal question at the heart of the Clean Power Plan.

The success of Obama’s Clean Power Plan (CPP) to reduce carbon emissions from power plants ultimately rests on the states, which will be charged with implementing it. Some states will cooperate. Some will stonewall. Many will fight the rule publicly and do everything they can to ratf*ck it, even as behind-the-scenes dealmaking transpires.

With 50 political dramas playing out in tandem, it’ll be a spectacle — entertaining, even, if you can forget the whole fate-of-the-planet thing.

When EPA issues the final CPP rule, now scheduled for mid-summer, states will have one year to develop state implementation plans (SIPs). If a state doesn’t develop a SIP, EPA will develop one for it, based on a model federal plan.

EPA is likely to publish such a model plan alongside the final rule. States will then assess that plan and decide whether they’d like to adopt it, adapt it, come up with something of their own, or collaborate on multi-state agreements like a regional cap-and-trade plan.

Or in some cases, dig in their heels, do nothing, and force EPA’s hand.

So which states will do what?

A number of states have already started moving on clean energy. They view it as a key part of their long-term economic development and more or less support EPA. As a rough proxy, consider the 14 states that signed onto a December letter to EPA Administrator Gina McCarthy voicing strong support for the CPP. Those same states are working with the Georgetown Climate Center, a five-year-old project of Georgetown University designed to bridge state and federal policy, to hash out the most equitable and effective SIPs.

Ten of those states have Democratic governors: California, Connecticut, Delaware, New York, New Hampshire, Oregon, Rhode Island, Vermont, and Washington. Four have Republican governors, but are still heavily blue states: Illinois, Massachusetts, Maryland, and Maine. Among them are all nine states participating in the Regional Greenhouse Gas Initiative cap-and-trade program in the Northeast — and of course the entire West Coast, which according to top scientists is the best coast.

The main concern of the cooperators is that they be credited for their past efforts (which is more complicated than it sounds) and that the program remain flexible enough to accommodate all their varying strategies, which range from multi-state cap-and-trade programs to renewable energy standards. You can get learn about their concerns and compliance strategies in great detail in a report they submitted to EPA.

Anyway, those states will be the easy ones. What about the other 36? Some 27 states with GOP governors and nine with Dem governors did not sign on to the letter.

Republican governors from some of those states, notably Scott Walker (Wis.), Mike Pence (Ind.), and Greg Abbott (Texas), have made total opposition to EPA a prominent part of their agendas and political identities. There are also several Republican attorneys general who have staked their careers on fighting EPA, including Scott Pruitt of Oklahoma and Patrick Morrisey of West Virginia.

Stonewallers will fight CPP to the death in court, but SIPs are due to EPA long before the courts will settle anything. In the short-term, stonewallers — with the backing of conservative groups like the American Legislative Exchange Council (ALEC) and rabidly anti-EPA coal companies — will push legislation to gum up and delay the process. For reasons I’ll touch on below, those efforts are ultimately likely to be fruitless. As recalcitrant states have found with other Clean Air Act programs, federal law is federal law. Bitching and moaning doesn’t change that.

So that’s 14 cooperators and 12 stonewallers. What of the other 34?

The other states, which have been quieter, face a complicated set of incentives.

It’s true that for most governors of coal-friendly states, there’s little political upside in cooperating with EPA. What’s more, if these states develop SIPs that meet EPA’s targets and then the Supreme Court overturns part or all of the rule, they will have shown their hand — shown that they can substantially cut carbon — for nothing.

If they passive-aggressively force EPA to impose plans on them — as some on the right are encouraging them to do — they can then blame EPA for any subsequent rate increase or power outage, anywhere, ever.

However, big utilities, especially utilities with lots of coal assets, are likely to prefer a state plan. For one thing, they need certainty and predictability. Power-sector investment is a big, slow-moving ship; planning needs to be done well in advance. For another, utilities have notoriously cozy relationships with state lawmakers. They know they can exert much more control over a state-level plan and shape it to their liking. Even if state plans double down on fossil fuels and nukes, thereby making compliance much more expensive than necessary, utilities know they can blame EPA for the results.

So some governors and state legislatures are likely to find themselves stuck between two opposing forces: big utilities on one side, and on the other side, the conservative base, groups like ALEC, and coal companies. You will not hear utilities speak up about this kind of thing publicly — “hey, let’s cooperate with EPA” is not something they will ever, ever put on record — but you will see evidence of their power in the way ALEC-style efforts get blocked or weakened.

Though state public utility commissions and utilities technically have all the tools they need to comply with EPA targets, it would be much easier with help from state legislatures, which can pass renewable energy and efficiency standards, join regional cap-and-trade systems, impose carbon prices, etc. But legislatures are more likely to lean the other way, trying to delay or impede compliance.

In the past two years, dozens of dilatory laws have been pushed in state legislatures, mainly by ALEC and Big Coal. In 2014, the hot strategy was to push bills that would dictate the content of SIPs, protecting coal by restricting compliance mechanisms to “within the fenceline” of power plants. However, all those bills failed or were fatally weakened, mainly because utilities don’t want their hands tied. The new hot strategy is to push bills that would require legislative approval of any SIP before it is submitted. (The Arizona legislature passed such a law, but in most places they are failing.) Also on several state dockets are laws that would modify the regulatory approval process and run ridiculously biased “cost studies” (note: not cost-benefit studies) of SIPs.

It’s honestly difficult to see what ALEC and Big Coal hope to get out of all this ratf*ckery. If they delay state plans, it just means EPA will develop plans for the states. They are making enemies of utilities for no obvious end other than a pure nihilistic urge to muck up the process as much as possible. In the end, EPA’s rule is federal law and, short of nullification or secession — which some of these fruitloops probably support, but would never advocate publicly — there’s not much states can do to get out of it. But they can score political points along the way, I guess. What a clownshow it will be.

Final note: As lawyer David Weiskopf has written in an excellent blog post for NextGen Climate, despite the complex analysis that went into EPA’s development of state targets, the task before state regulators is not actually that complicated. At its core, the CPP requires three things of them: “tell power plants what standard they are being held to, collect the proof that power plants are meeting that standard, and enforce penalties if the power plants don’t follow the rules.” They can make it more complicated (and more expensive) if they want to — and many will — but they don’t have to. It’s all about politics now.