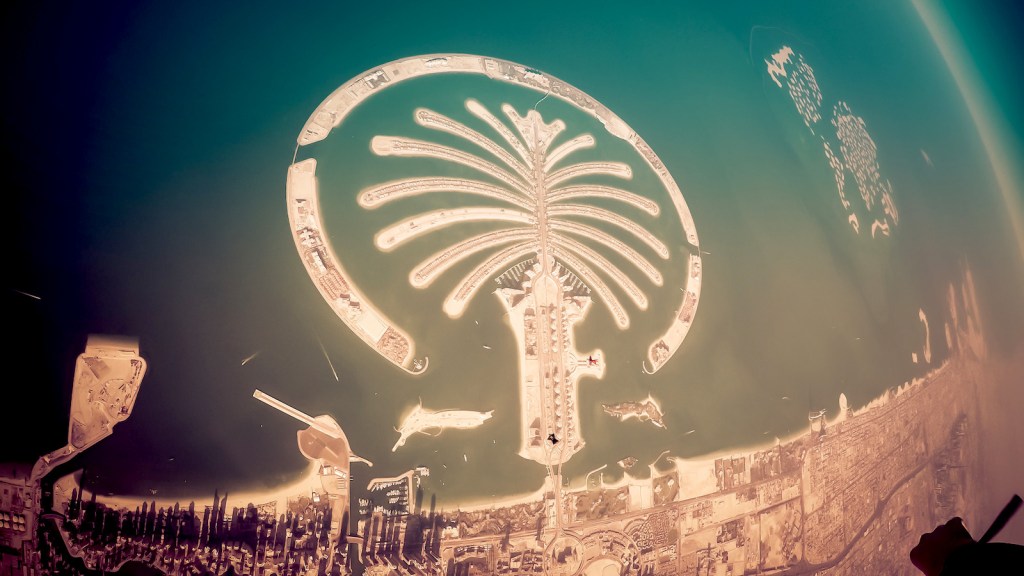 Climate change isn’t fair. Seattle may have produced a whole lot of atmosphere-altering airplanes, but as climate change seriously kicks into gear, the Pacific Northwest will remain a sylvan glade, relatively speaking. Washington, D.C., which generated a lot of resistance to the Kyoto Protocol? Well, it’s going to become a hot, sticky sandbaggy Venice, so that seems fair. Greenland? What did Greenland ever do to anybody? It’s still melting.

So a new research paper that predicts that much of the Middle East could become uninhabitable thanks to unchecked climate change in less than a century is … interesting. The region is home to what are arguably the world’s most abundant and easily accessible reserves of petroleum and natural gas. Countries like Saudi Arabia have ardently worked for decades (with the help of the U.S.) to stymie climate agreements that would slow the business of selling those reserves.

Cristina Figueres, who heads up the United Nations Framework Convention on Climate Change, described the situation this way:

“The Saudis are sitting on a vast reserve of very cheap oil,” she continued. “Can you blame them for trying to protect that resource and that income for as long as they can? I don’t blame them. It’s very understandable. Let’s do a thought experiment. I come from a country that has only hydro and wind as power resources. If I had been born in a country with fossil-fuel reserves, would I have a different opinion about what’s good for the world? Maybe. Very likely, in fact.”

The Middle East study, published this week in the science journal Nature Climate Change, comes with a good pedigree: One of the researchers, Elfatih Eltahir, teaches civil and environmental engineering at MIT and specializes in modeling the present and future climates of Africa, Southwest Asia, and Southeast Asia. The other one, Jeremy Pal, does pretty much exactly the same thing, but at Loyola.

The two estimate that — based on the IPCC’s Representative Concentration Pathway (RCP) “business-as-usual” carbon emissions trajectory (aka, “RCP 8.5”) — cities like Abu Dhabi, Dubai, and Doha will, by 2100, see temperatures that go higher than 45 degrees C (113 degrees F) several times a year, with occasional temperature spikes closer to 60 degrees C (140 degrees F). Humidity levels will make the high temperatures even more dangerous, because when the air gets moist and hot enough, people can’t just cool themselves by sweating. The 2 million pilgrims who journey to Mecca each year spend from dawn to dusk praying outdoors; if the Hajj falls during a heat wave, they’ll be risking their lives.

This scenario isn’t guaranteed. Climate models are, well … climate models. Earlier studies said that it would be more like 200 years before this future came to pass. (Admittedly, that’s not so great, either, and also not too far away.)

Will ominous warnings of the Middle East’s future weather change the game for climate negotiations? Air conditioning is already nearly ubiquitous in cities, like Doha, that can afford it, so Pal and Eltahir aren’t holding their breath:

Although much of the oil produced in this region eventually ends up in the atmosphere and contributes to global climate change, the same oil brings significant financial benefits to the region. These same benefits enhance the capacity of the region to adapt to climate change. Electricity demands for air conditioner use, for example, would considerably increase in the future to adapt to projected changes in climate and population. Although it may be feasible to adapt indoor activities in the rich oil countries of the region, even the most basic outdoor activities are likely to be severely impacted. In contrast, the relatively poor countries of Southwest Asia with limited financial resources and declining or non-existent oil production will probably suffer both indoors and outdoors.

In other words, the future could contain a whole lot of air-conditioned bunkers for the haves, and a roiling air swamp for the have-nots. Think Dune, but with the kind of killer humidity that ruins the drape of a great costume. If that isn’t a compelling reason for the U.N. Conference on Climate Change to actually get something done this year, I don’t know what is.