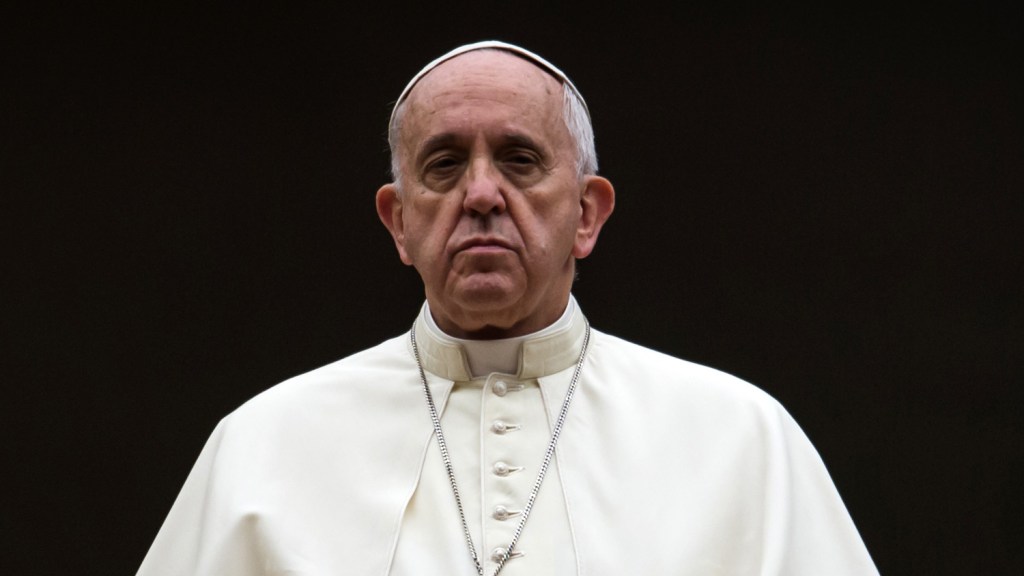 Pope Francis will this week call for changes in lifestyles and energy consumption to avert the “unprecedented destruction of the ecosystem” before the end of this century, according to a leaked draft of a papal encyclical. In a document released by an Italian magazine on Monday, the pontiff will warn that failure to act would have “grave consequences for all of us.”

Francis also called for a new global political authority tasked with “tackling … the reduction of pollution and the development of poor countries and regions.” His appeal echoed that of his predecessor, Pope Benedict XVI, who in a 2009 encyclical proposed a kind of super-U.N. to deal with the world’s economic problems and injustices.

According to the lengthy draft, which was obtained and published by L’Espresso magazine, the Argentinean pope will align himself with the environmental movement and its objectives. While accepting that there may be some natural causes of global warming, the pope will also state that climate change is mostly a human-made problem.

“Humanity is called to take note of the need for changes in lifestyle and changes in methods of production and consumption to combat this warming, or at least the human causes that produce and accentuate it,” he wrote in the draft. “Numerous scientific studies indicate that the greater part of the global warming in recent decades is due to the great concentration of greenhouse gases … given off above all because of human activity.”

The pope will also single out those obstructing solutions. In an apparent reference to climate-change deniers, the draft states: “The attitudes that stand in the way of a solution, even among believers, range from negation of the problem, to indifference, to convenient resignation or blind faith in technical solutions.”

The leak has frustrated the Vatican’s elaborate rollout of the encyclical on Thursday. Its release had been planned to come before the pope’s trip to the U.S., where he is due to address the United Nations as well as a joint meeting of Congress.

Journalists were told they would be given an early copy on Thursday morning and that it would be released publicly at noon following a press conference. Cardinal Peter Turkson, who wrote an early draft of the encyclical, and Hans Joachim Schellnhuber, a noted climate scientist in Germany, were expected to attend the press conference. On Monday evening, the Vatican asked journalists not to publish details of the draft, emphasizing that it was not the final text. A Vatican official said he believed the leak was an act of “sabotage against the pope.”

The draft is not a detailed scientific analysis of the global warming crisis. Instead, it is the pope’s reflection of humanity’s God-given responsibility as custodians of the Earth.

At the start of the draft essay, the pope wrote, the Earth “is protesting for the wrong that we are doing to her, because of the irresponsible use and abuse of the goods that God has placed on her. We have grown up thinking that we were her owners and dominators, authorized to loot her. The violence that exists in the human heart, wounded by sin, is also manifest in the symptoms of illness that we see in the Earth, the water, the air, and in living things.”

He immediately makes clear, moreover, that unlike previous encyclicals, this one is directed to everyone, regardless of religion. “Faced with the global deterioration of the environment, I want to address every person who inhabits this planet,” the pope wrote. “In this encyclical, I especially propose to enter into discussion with everyone regarding our common home.”

According to the leaked document, the pope will praise the global ecological movement, which has “already traveled a long, rich road and has given rise to numerous groups of ordinary people that have inspired reflection”.

In a surprisingly specific and unambiguous passage, the draft rejects outright “carbon credits” as a solution to the problem. It says they “could give rise to a new form of speculation and would not help to reduce the overall emission of polluting gases.” On the contrary, the pope wrote, it could help “support the super-consumption of certain countries and sectors.”

The document is not Francis’ first foray into the climate debate. The pontiff, who was elected in 2013, has previously noted his disappointment with the failure to reach a global accord on curbing greenhouse gas emissions, chiding climate negotiators for having a “lack of courage” during the last major talks held in Lima, Peru.

Francis is likely to want to influence Republicans in Washington with his remarks. Most Republicans on Capitol Hill deny climate change is a human-made phenomenon and have staunchly opposed regulatory efforts by the Obama administration.

The encyclical will make for awkward reading among some Catholic Republicans, including John Boehner, the Republican speaker of the House. While many Republicans have praised the pope, it will not be unprecedented for them to make a public break with the pontiff on the issue of global warming.