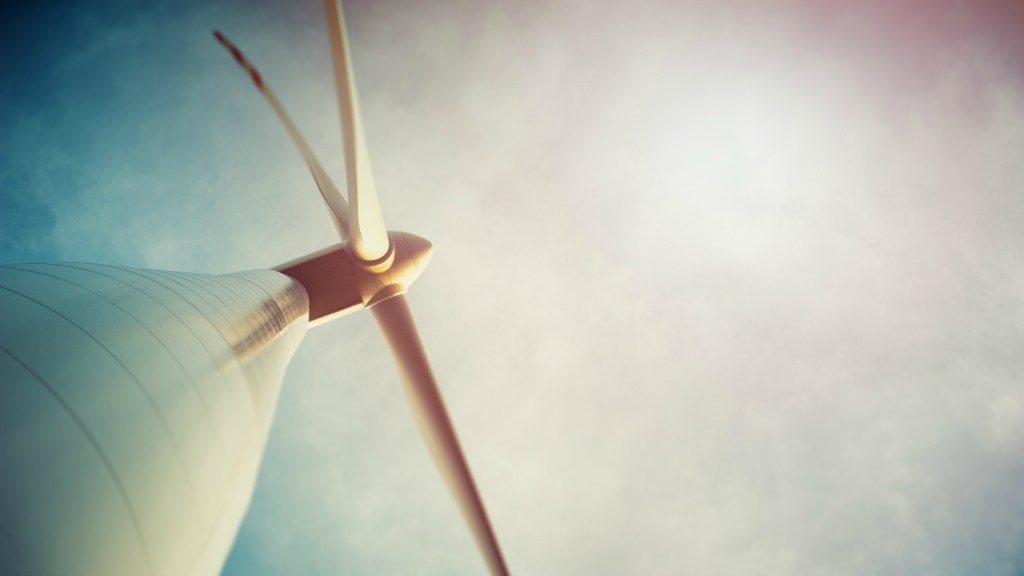 How can we make wind power work in the Southeastern U.S.? By reaching higher up into the sky. That’s the strategy Spanish energy developer Iberdrola took with a large-scale wind project in North Carolina that at one point looked like it would have to be nixed.

The project will be the first major wind farm in the South, and, according to The Associated Press, will bring power to 60,000 homes:

After a years-long regulatory process that once looked to have doomed the plan, Iberdrola spokesman Paul Copleman told The Associated Press that construction is to begin in about a month.

Right now, there’s not a spark of electricity generated from wind in nine states across the Southeast from Arkansas to Florida, according to data from the American Wind Energy Association, an industry trade group.

But taller towers and bigger turbines are unlocking new potential in the South, according to the U.S. Department of Energy, and the industry is already looking to invest.

And with the electricity system in the region undergoing a period of change as coal plants are phased out, some experts believe the door is open for renewables like wind.

Wind power, which already accounts for 5 percent of the electricity generated in the U.S., is getting increasingly affordable — and, because of new technologies like larger turbines, viable in regions where it wasn’t before. Many utilities are eyeing wind and solar as alternatives to coal and even to natural gas, long celebrated by the energy industry as the cheapest thing around. “We used to say some day solar and wind power would be competitive with conventional generation,” George Bilicic, an energy expert with the financial advisory firm Lazard, told the Financial Times last year. “Well, now it is some day.”

But Southern states have been slow to adopt renewables. In North Carolina, a renewable energy mandate encourages projects like the Iberdrola one by requiring utilities to draw a certain share of their electricity from clean sources. But that mandate has faced fierce pushback from conservative groups, which have also fought to keep similar green initiatives from expanding to other states. (The irony here is that Southern states build a large number of turbines — but then ship them to other regions.)

And it’s not just wind — the South has lagged on solar too, despite the fact that the region has far more sun than much of the U.S. But that also might be changing — we wrote last week about how a coalition of groups from across the political spectrum is fighting back against anti-solar interests in Florida, one of the only states where citizens are not allowed to buy solar electricity from third parties that install panels on their roofs. At the very least, the campaign seems to be putting solar, and its potential, in the spotlight.

It’s too early to tell whether these small changes in the South amount to any kind of trend. But the Department of Energy believes that 20 percent of America’s power could come from wind by 2030, and that target goal will be a lot easier to hit if the region starts chipping in by greening its energy economy.