Is it OK to buy plastic water bottles for emergencies? 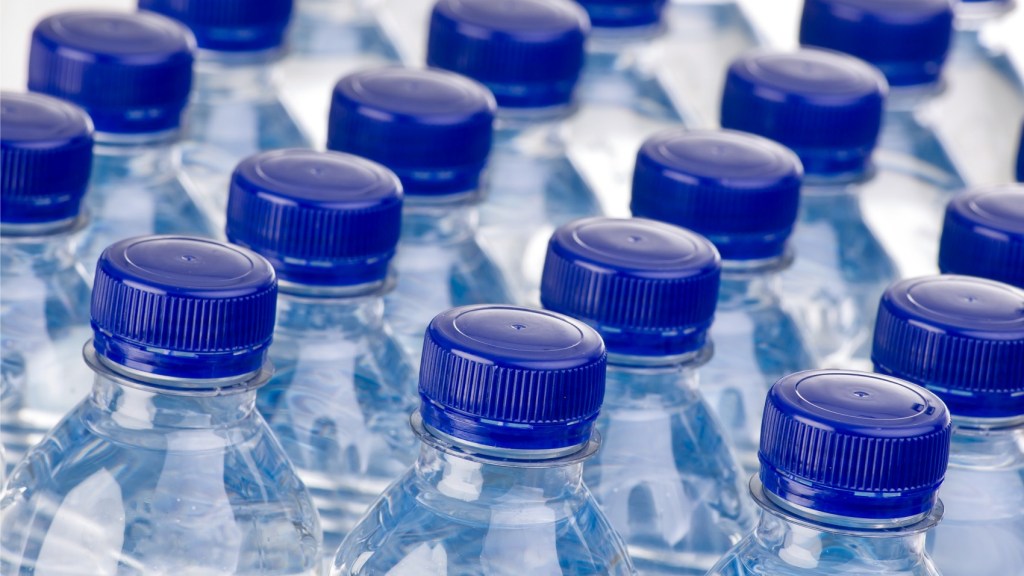 Is it OK to buy plastic water bottles for emergencies?

Q. Here in the Bay Area we are constantly hounded to have a supply of emergency water (and other stuff) for when the big earthquake comes and cuts us off from basic services.

As much as I hate buying, storing, or using bottled water, what else can I do? Glass can break and would be really heavy, but we worry about the plastic leaching into the water. We settled on buying some new gallons of water (in plastic, sigh) for drinking, and then labeling the older water for just washing with. If we’re in that situation we figure the phthalates are the least of our worries, but are there any other greener alternatives for storing emergency water?

After reading your letter, I was filled with the uneasy feeling that my own emergency preparedness measures have been rather lackluster. Several days, hundreds of prepper websites, and several 2 a.m. purchases of freeze-dried astronaut Stromboli later, I finally feel ready — to survive the next disaster, but more importantly, to answer your question.

I don’t blame you for your reluctance to buy bottled water. The stuff is one of environmentalists’ favorite bogeymen, and for good reason: It requires energy and plastic to make, then more energy to ship (when we have access to perfectly good water from the tap already), and then there are the concerns about BPA, other nefarious estrogenic chemicals, and the dreaded phthalates. But while it’s easy to poo-poo bottled water for everyday use, the emergency scenario you’ve outlined is a bit different.

The CDC recommends storing at least one gallon of water per day for every person and pet in your household; we’re to aim for at least three days’ worth, but two weeks’ worth is even better. That means a well-prepared family of four could be caching 56 (!) gallons of water in the basement – hardly a drop in the bucket. When we’re talking this kind of volume, plastic begins to look like the only practical option.

The good news about your water jugs, Ursula, is that gallon containers are made of #2 plastic, high-density polyethylene (HDPE), a type of plastic considered low on the risk scale. BPA and phthalates aren’t an issue with this one, unlike the more controversial #3 and #7 plastics. If you’re using store-bought jugs, the gummint does advise us to stick to the printed expiration date. That’s not so much because water “goes bad,” per se, as because HDPE is slightly porous and can pick up some funky tastes or smells from the air around it (this is why you shouldn’t stash your emergency water next to, say, your emergency gasoline can). The FDA doesn’t require the expiration date, by the way, and you can probably push it a bit if you’re comfortable with a certain staleness on the tongue.

If you’re filling your own water jugs or other food-grade plastic containers, the official word is to carefully sterilize them first, then replace the water every six months. This is primarily to guard against infection in case you messed up on step one, so wash water can go longer than this. And don’t just dump those 56 gallons, especially in drought-ridden California: Flush toilets, water the garden, fill the ice cube tray, give the dog a bath in it, what have you.

Now, back to that “#2 plastic is low-risk” thing: I’d be remiss if I didn’t mention that a recent study did find that pretty much all types of plastic can leach estrogen-like compounds (which can monkey around with our endocrine systems) when exposed to heat stresses. All the more reason to keep your liquid reserve in a cool, dark place, Ursula. In a true emergency situation, I still think drinking from plastic jugs for a few days beats not drinking enough, or worse, drinking post-disaster water contaminated with something much more toxic.

For those who want to go plastic-free at all costs, there is one more option: a stainless steel jug. I’ve seen them as large as 25 liters, so you could conceivably stock up with a few of them to cover your family’s three-day needs. They’re heavy and quite expensive (about $100-$160 for one five-gallon receptacle), and you can’t use chlorine to disinfect water inside them, but they’ll do the job without any chemical leaching issues.

Let’s raise a glass to you – and everyone else – staying safe and properly hydrated when the Big One hits. Now, if you’ll excuse me, I have about 100 more pounds of organic apricots to jar, just in case.