The world's first zero-carbon city is a big failure 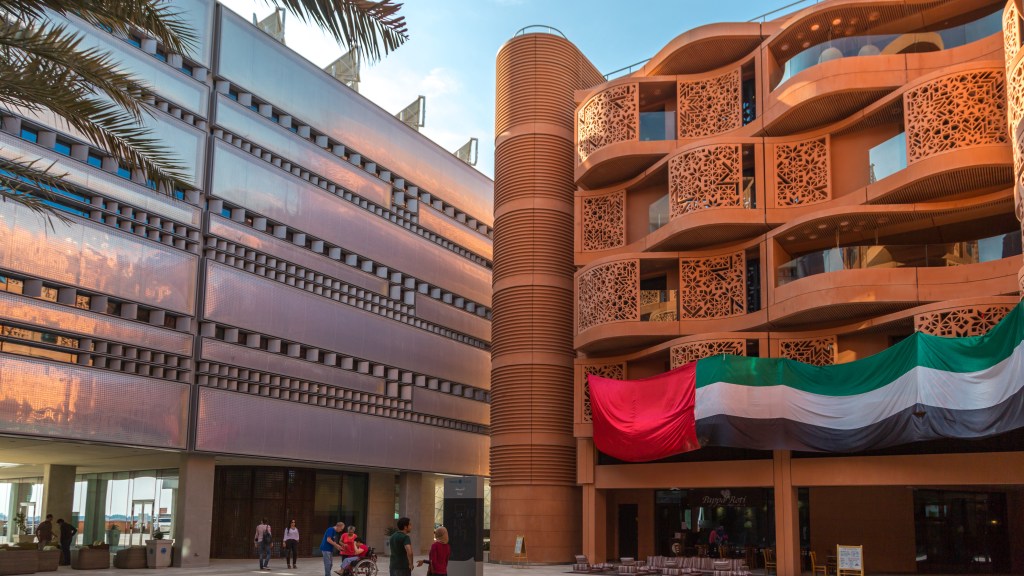 The world’s first zero-carbon city is a big failure

Masdar was supposed to be the world’s first zero-carbon city. Developers envisioned a modest-sized city of 50,000 residents and 40,000 commuters near Abu Dhabi. It would be powered by renewable energy, they said, with driverless electric vehicles, desalination and water recycling systems, buildings insulated with argon, and a 150-foot-tall wind tower that sucks cool air from above the sweltering city and pushes it through the streets below. Masdar would be a model for sustainability, and even in the United Arab Emirates — a place built on oil money — it would be entirely fossil fuel-free. Waste-free, too.

While some of those systems are in place, the city of Masdar itself, it seems, is dying. A decade after it was conceived, the global economic slowdown interfered with the developers’ ambitious vision, and Masdar is now more failed experiment than sustainable city. The Guardian reports:

As of this year — when Masdar was originally scheduled for completion — managers have given up on the original goal of building the world’s first planned zero-carbon city.

Masdar City is nowhere close to zeroing out its greenhouse gas emissions now, even at a fraction of its planned footprint. And it will not reach that goal even if the development ever gets fully built, the authorities admitted.

“We are not going to try to shoehorn renewable energy into the city just to justify a definition created within a boundary,” said Chris Wan, the design manager for Masdar City.

Currently, only about 5 percent of Masdar’s footprint has been finished, and the completion date has been pushed back from the original goal of 2016 to 2030. In 2011, Masdar’s one-time COO Dale Rollins, a former Shell executive, told The Guardian: “The Masdar master plan is changing as the world economy changes … It’s unfair to say that what was decided in 2006 will hold for ever more. The objectives have not changed but we have re-worked the master plan. The technology and the market has moved on. We say we can do it better and we can do it in less expensive ways.”

Even that 2030 completion date, however, may be a pipe dream. Today, the office buildings are mostly empty, and the few residents are students at the Masdar Institute of Science and Technology, where they study sustainability for a couple of years and then leave. Masdar is, essentially, the world’s most sustainable ghost town.

The $22 billion experiment may have had good intentions, but if Masdar teaches us anything, it’s that intentions are meaningless without excellent planning. And also, you could build a new green city, but wouldn’t it be greener to fix the ones that we already have?