There have been 5 -- yes, 5! -- monster hurricanes in the eastern Pacific this year 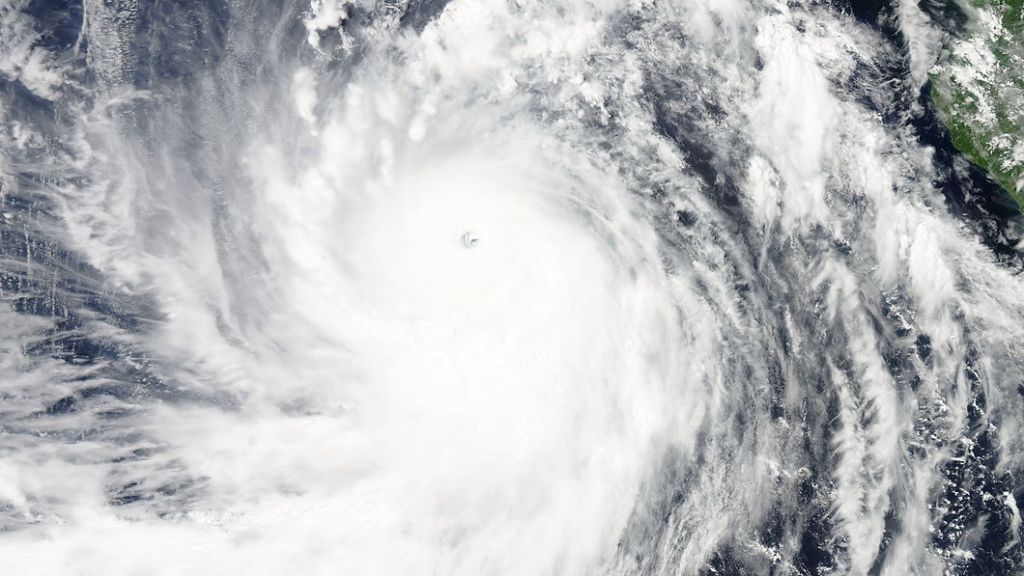 There have been 5 — yes, 5! — monster hurricanes in the eastern Pacific this year

Right now, swirling south of the Baja California peninsula, is a monster hurricane named Marie. Currently a Category 4 storm with 145 mile per hour maximum sustained winds, yesterday the storm was a full fledged Category 5, with 160 mile per hour winds. That makes Marie the first Category 5 in the Eastern Pacific hurricane basin so far this year — but there have been at least three other Category 4 storms so far, and one Category 3 to boot.

By any measure, these numbers are pretty striking.

In fact, for 2014, the Climate Prediction Center forecast three to six major hurricanes in the East Pacific. We’re already there, but we’re only halfway through the season! Just for comparison, in the jaw-dropping 2005 Atlantic hurricane season — the season featuring Katrina, Rita, and Wilma — there were a total of seven major hurricanes.

Now, the National Weather Service office in San Diego adds yet another record for Marie:

Note, though, that this record would appear to include Category 4 Hurricane Genevieve, which seems questionable. Genevieve was a truly rare storm that started in the Eastern Pacific as a tropical storm, and then tracked all the way across the Pacific from east to west, only attaining Category 4 strength in the Central Pacific region west of Hawaii, before then crossing the international dateline and becoming classified as a typhoon.

But with or without Genevieve, we’re still talking about a ton of strong hurricane activity. So what’s going on here? Note that even as the Eastern Pacific has been gangbusters, the Atlantic basin, where hurricanes tend to threaten the United States, has been pretty quiet. That’s no coincidence, explains Weather Underground blogger Jeff Masters by email:

… hurricane activity in the Epac [East Pacific] and the Atlantic are usually anti-correlated — when one is very active, the other is usually quiet. This occurs because when sinking air occurs over one ocean basin, there must be compensating rising air somewhere — typically over the neighboring ocean basin. Large-scale rising air helps encourage thunderstorm updrafts and thus tropical storm formation. Since ocean temperatures are much warmer than average over the Epac and near average over the Atlantic, the atmosphere over the Epac has tended to have more rising air this season than the Atlantic. Warm waters heat the air above it and make the air more buoyant, causing rising motion.

Right now, there are two major questions: Just how many more records will the 2014 Northeast Pacific Hurricane season set? And will one of those be a new record strongest hurricane ever recorded in the basin?

The current strongest storm, recorded in 1997, was Category 5 Hurricane Linda, which had maximum sustained winds of 184 miles per hour and a minimum central pressure of 902 millibars.

As for Marie: While the storm is far out at sea and unlikely to directly threaten any major land areas, it is kicking up huge waves that may be felt as far away as Los Angeles. Eastern Pacific hurricanes occasionally strike Mexico, and on rare occasions travel west far enough to menace the Hawaiian islands.