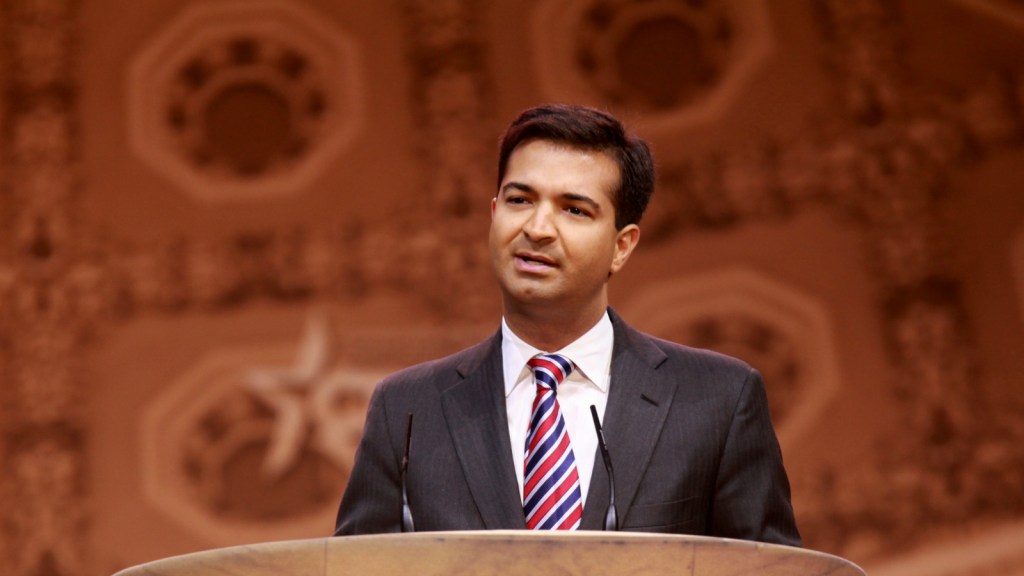 Seventeen Republican members of Congress from diverse districts — including representatives from coastal Southeastern states, Nevada, Utah, upstate New York, and Pennsylvania — submitted a resolution in the House Wednesday acknowledging that “human activities” have had an impact on the global climate and resolving to create and support “economically viable” mitigation efforts.

The resolution, sponsored by Reps. Carlos Curbelo of Florida, Elise Stefanik of New York, and Ryan Costello of Pennsylvania, is being submitted in the midst of an unprecedented effort by the most anti-science administration in recent American history to remove climate science studies and data from federal agencies.

On Tuesday, Bloomberg reported that President Donald Trump is about to sign an executive order repealing President Barack Obama’s Clean Power Plan, and to order a reconsideration of the government’s use of the “social cost of carbon” metric, which measures potential economic damage related to climate change.

Curbelo, whose Miami-area district is already experiencing dramatic effects of rising sea levels, has been spearheading the effort to gather pro-science members on his side of the aisle since last year, when he coaxed 10 Republicans to join a bipartisan Climate Solutions Caucus, which now has 30 members from 13 states, half of whom are Republican.

The resolution being submitted Wednesday states, “That the House of Representatives commits to working constructively, using our tradition of American ingenuity, innovation, and exceptionalism, to create and support economically viable and broadly supported private and public solutions to study and address the causes and effects of measured changes to our global and regional climates, including mitigation efforts and efforts to balance human activities that have been found to have an impact.”

During a call with reporters Tuesday, Curbelo said there are “many, many more” Republicans in the House who are interested in the issue and “want to learn more, and who are considering joining this effort officially by putting their name on it.” He said his goal is to “move on to solutions that we can all rally around and that we can work on with our Republican and Democratic colleagues.” This would include, he said, pressing the administration to add projects to mitigate the effects of climate change, such as seawalls, in its expected infrastructure plan.

While prospects for a swell of GOP political support seem dim, given the president’s stated position that climate change might be “a Chinese hoax” and his EPA administrator’s open animosity toward the issue, Curbelo said he sees a possible wedge via members of Trump’s inner circle — presumably including his daughter Ivanka, who has reportedly lobbied her father on the issue.

“We know there are people very close to the president who understand this issue,” Curbelo said, without naming anyone. “These are people who have already been a very good influence on items such as the Paris Agreement, and we are looking forward to engaging those individuals so that we can take this conversation to a good place.”

Curbelo called Pruitt’s comments on carbon “disconcerting” and added, “What he said was akin to saying the Earth is flat in the year 2017. We must insist on evidence-based and science-based policies.” He also chastised Pruitt last week in a statement, saying,“Rising carbon emissions have been a contributing factor to climate change for decades. That is a scientific fact and the reality facing communities like my district. The EPA is tasked with the very responsibility of helping to lower the impact of carbon emissions, and for Mr. Pruitt to assert otherwise without scientific evidence is reckless and unacceptable.”

One of the resolution’s signatories is Rep. Mark Sanford of South Carolina, who represents a section of his state known as the Low Country. Sanford, who grew up on a farm in the area, says he has seen firsthand the effects of rising sea levels, in acreage lost to salt water.

“The Low Country makes Miami Beach look like high ground,” Sanford said. “I just think there is inherent danger in the three-monkey routine — see no evil, hear no evil, speak no evil — related to climate change. To deny its existence is to deny what our country was founded on. The Founding Fathers designed a reason-based political system, and without reason the system doesn’t work.”

Curbelo’s climate caucus co-chairman, Florida Democratic Rep. Ted Deutch, released a statement Wednesday morning welcoming the GOP effort. “Americans don’t see climate change as a partisan issue, and neither should Congress,” he said. “As the Democratic co-chair of the bipartisan Climate Solutions Caucus, I applaud my Republican colleagues for introducing this important resolution on climate change. We’re going to need lawmakers from both sides of the aisle working together, engaging in robust debate, following the science and finding bipartisan legislative responses to the growing threats of climate change.”

Polls have shown that a majority of Americans are concerned about climate change, and those fears among constituents, plus the fact that Republicans now control all branches of government and are thus a last line of defense, might be prompting more Republicans to reject the administration’s anti-science position. “The polling is very clear,” Curbelo said. “A clear majority understand this is a challenge we are facing, and among younger voters the numbers are staggering. Over 80 percent of millennials consider this a major issue. The House is the most representative institution in our government. This issue was regrettably politicized 20 years or so ago, and we are trying to take some of the politics out and reducing the noise.”