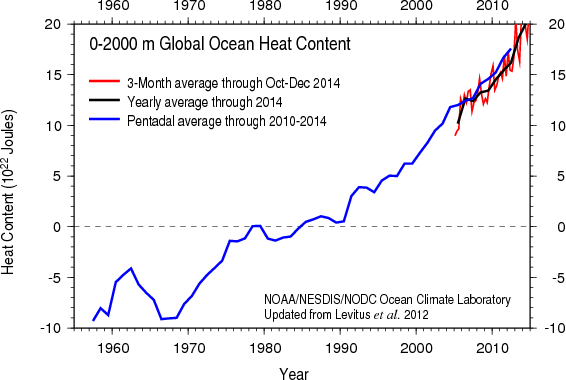 Ocean heat content data to a depth of 2,000 metersNOAA