This year, a 3-year-old girl will be crowned "Coal Princess" in West Virginia. Seriously. 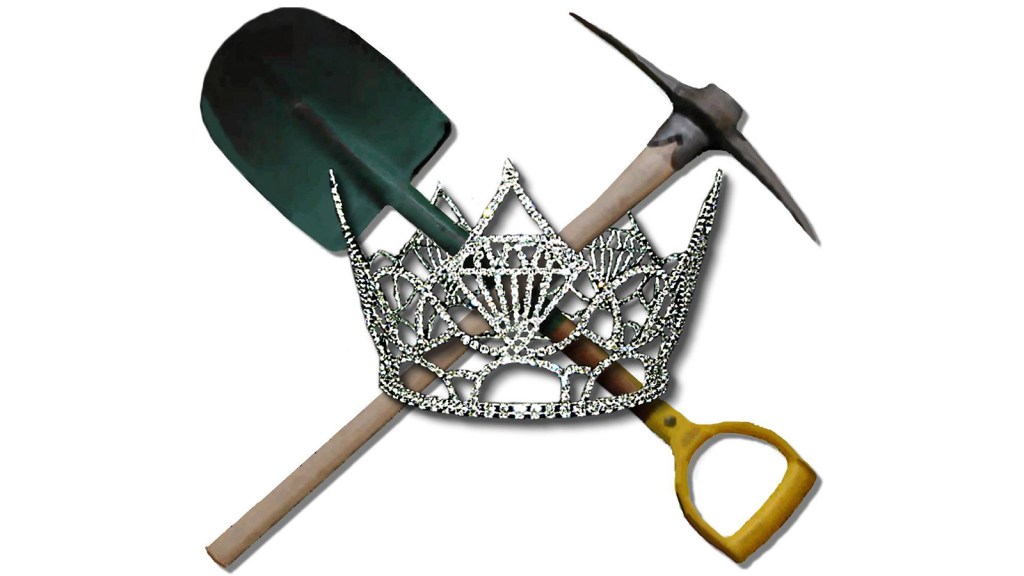 This year, a 3-year-old girl will be crowned “Coal Princess” in West Virginia. Seriously.

I don’t know about you, but when I think about deforesting a lush mountaintop, blasting the mountain to nothing, grinding the very stones to pulp, and separating out the remains into coal and black slurry, I think beauty. And apparently I’m not the only one. In a world where beauty pageants are going the way of the dodo, coal-themed beauty contests are still holding on.

The decline of the U.S. coal industry has been a hot topic lately, especially with the recent unveiling of President Obama’s plan to reduce carbon emissions from existing fossil fuel-fired plants. Conservatives and industry players have called the regulations an attempt to “carpet bomb” and “destroy” the industry — part of a “war on coal” that will cause debilitating job loss throughout the country.

But people like [Maxine] Cole-Tinnel, part of a subset of Americans who see coal mining as the backbone of their communities, have been watching their beloved industry decline for some time, and are holding tight to the things that keep their culture alive. One of those traditions is West Virginia’s annual Coal Festival, which has featured Cole-Tinnel’s beauty pageant for teens, toddlers, and infants, for the last nine years. The participants are dubbed coal queens, coal princes, and coal princesses when they win their crowns.

The pageant is “semi-glam” — light make-up and hair, no huge up-dos — and has categories for best personality, prettiest eyes, and most photogenic. Both boys and girls can participate. Crowns are embellished with black rhinestones in the shape of a diamond.

It’s hard to deny the sad sweetness to these contests, which celebrate a culture and communities that, while never wealthy, are struggling terribly. Coal is dirty, dangerous to mine, and bad for the people who live where its harvested, but for many small towns, and the people struggling to stay in them, it’s all they’ve ever known.

That said. Holy shit! You don’t need eye shadow — just press your face against any building within 30 miles of the mine.

How do beauty pageants and coal mining go together? I guess they’re both more than a little dirty and the participants are being exploited. I guess if you’re going to be exploited, best to just pick your poison. In coal country, there’s plenty to choose from.