I know, I know, it’s hard knowing that we’ve messed with the climate so radically that we may send most of the Earth’s ecosystems into a tailspin. Well, anthropogenic guilt complex, meet your new best friend: rodentogenic climate change.

It turns out that a few tiny mammals may play an outsized part in the ongoing climate ruckus, so much so that scientists may have to revise models to account for them. Here are a few scape-rodents to point a finger at next time you feel particularly conscience-plagued:

Arctic ground squirrels: Adorable, yes, but a new study out of Siberia finds that they’re digging up the warming arctic tundra, hastening the release of sequestered carbon dioxide in the process. The study also found that when arctic rodents do their business, they fertilize the soil, causing the permafrost to melt even faster.

As researcher Nigel Golden explained to the BBC: “They break down the soil when they are digging their burrows, they mix the top layer with the bottom layer, they are bringing oxygen to the soil, and they are fertilizing the soil with their urine and their feces.”

Since the Arctic tundra hold something like 1.6 trillion tons of locked-up carbon — twice what the atmosphere holds — this is not good news for the rest of us. 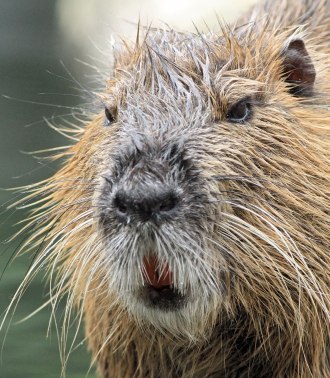 Beavers: We used to be able to count on beavers to make us look bad by sequestering carbon in all those dams. BUT NOW, according to new research, it seems that beavers are actually contributing to climate change, thanks to a buttload of methane emissions — 880,000 tons each year, worldwide, to be precise.

Technically, this methane comes from the shallow standing water in beaver-dammed ponds, but we won’t correct you if you decide beaver farts make for a better story. Beaver populations have recovered so much from the high-hatted fur-trapping heyday that now the creatures are responsible for 200 times more methane than they were 100 years ago. NOW WHO’S THE NO-GOOD SLACKER, BEAVERS?! 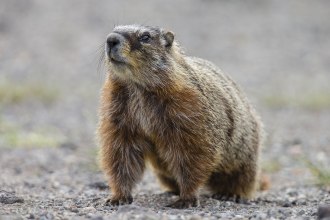 Marmots: We already knew that marmots love climate change. They must be in on this somehow.