Want to convince Trump to care about climate? Scaremongering about refugees won't help. 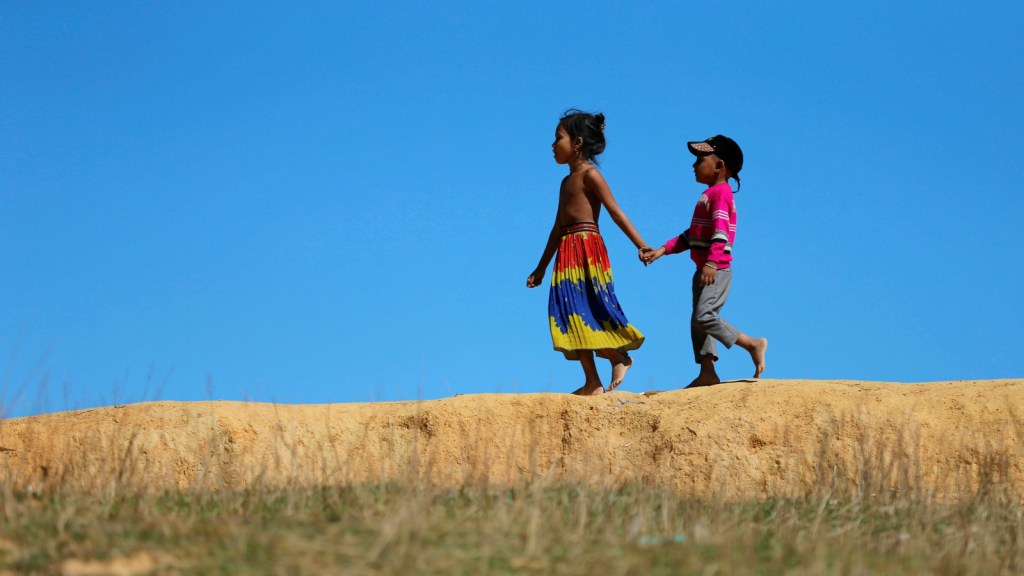 Want to convince Trump to care about climate? Scaremongering about refugees won’t help.

After the election of Donald Trump, people concerned about climate change will be searching for ways to convince the world’s most powerful climate denier that he should address the greatest challenge of our time. And what better way than presenting climate change as a threat to national security and a driver of unprecedented flows of refugees?

Yesterday, an international group of military leaders declared that climate change would create an “unimaginable” refugee crisis. These are fears that the U.S. military and politicians have expressed before. But this time, migrants and refugees have been described as a key source of violence and chaos.

It’s certainly true that climate change will reshape patterns of migration across the world. But using the specter of hoards of refugees to scare governments into doing something about climate change won’t work.

Presenting refugees and migrants as a cause of war, chaos, and terrorism is both inaccurate and unhelpful. It just fuels existing fear and prejudice against refugees. And now that an aggressively anti-immigrant president is about to take power in Washington, it’s particularly dangerous.

The warming we are already committed to will indeed have profound impacts on migration, yet these impacts may not be the ones that military leaders expect. My intention is not to downplay the impacts, but to make the case that they are complex, and that there may be positive ways of dealing with them.

First, it’s likely that the vast majority of climate-linked movement will be internal — people moving within nations, not attempting to cross international borders, let alone continents. In response to slowly unfolding disasters like drought and water stress, many people may abandon agricultural work, but their destination of choice will most likely be their nearest town or city.

Even though people may not move far, their journeys can still be difficult and dangerous. As newly arrived migrants, people may find themselves living and working in dangerous conditions, vulnerable to exploitation and even trafficking. The response must be to tackle the difficulties they will face in their new homes, and build up the infrastructure and resilience of the cities they are likely to move to.

Some people fleeing climate change impacts like drought are already trying to cross international borders, and we need to support them too. Migration, both within countries and between them, could become a powerful way for some of the most world’s most vulnerable people to cope with climate change. Rather than fearing migration, we should begin supporting it as an adaptation strategy. There is a compelling case for harnessing this existing trend and helping people to move safely instead of trying to prevent them from moving.

If the military frames climate-linked migration as a security problem, there’s a risk that governments will respond to it as a military and security problem. That’s likely to reinforce the fortress mentality amongst governments. But militarizing borders is a recipe for chaos.

When desperate people need to move, they will go to extraordinary lengths to find safety. Trying to stop them making these journeys inevitably ends in tragedy. Part of the reason so many people die crossing the Mediterranean is that they cannot make this journey safely and legally. The further we go to stop people, the more dangerous their journeys becomes.

If the military really is concerned about increasing numbers of people being forced to move by climate change, it should support safe, legal routes for people to move. This would avoid unnecessary military deployment and conflict, and protect the most vulnerable among us. In the age of Trump, refugees need to be supported, not demonized.

Alex Randall is coordinator of the Climate and Migration Coalition, a network managed by U.K. charity Climate Outreach.