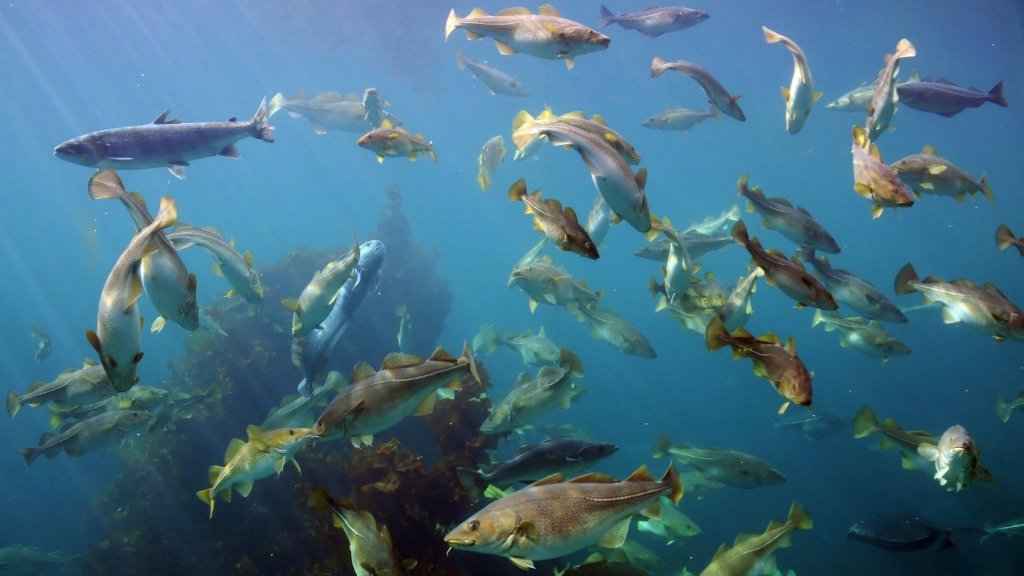 Here’s a thing you may not have considered before: Climate change could make fish more mobile, upwardly and otherwise. Most marine species in the North Atlantic and North Pacific have been traversing the same ocean highways and byways for a while now (ahem, 2.6 million years), largely because the northern passage between the two is just too darn cold. But according to a study published Jan. 26 in Nature Climate Change, by the end of this century some fish in these formerly frigid climes may be able to swim in the Arctic, and beyond. Which can only mean one thing: Global fish mixer!

Led by Loïc Pellissier of the University of Fribourg, the team of Swiss scientists looked at how 515 fish species in the northern oceans were likely to react to climate change over the next hundred years. They found up to 41 species likely to move into the Pacific, and 44 into the Atlantic, by 2100.

For coastal-dwelling humans, this could mean an expanded menu at the crab shack, since ten of the species predicted to take advantage of the move also happen to be fish-and-chip favorites, according to Science News:

They include Atlantic cod, American plaice (a type of flounder) and yellowfin sole. Fishing opportunities have already opened up off of Greenland because of climate change, and more could develop as the Arctic region warms.

While an abundance of tasty new species opens up the danger of exploitation and overfishing, the bigger dark side of this delicious twist is the disaster it could spell for ecosystems. Species migrations can sometimes create major shifts in ecosystems:

… The arrival of apex predator species, such as Atlantic cod and lingcod, could have particularly large effects, as their meal choices ripple through the food web. The researchers say that predicting those effects is “the next modeling challenge,” but there may be effects similar to what’s been seen when invasive species enter ecosystems. Invaders often upend food webs, causing some species to decline and even become extinct.

But, y’know, if you’re a fish, warmer temperatures could mean greener pastures, bigger adventures, and new exotic friends! Just, other than the whole “getting snarfed by giant apex predators” thing — you’re gonna have to learn some stream-smarts if you want to make it the other side of the ocean tracks, little fishes.