Buying this guy a car was nice. Buying a mass transit system would be way nicer. 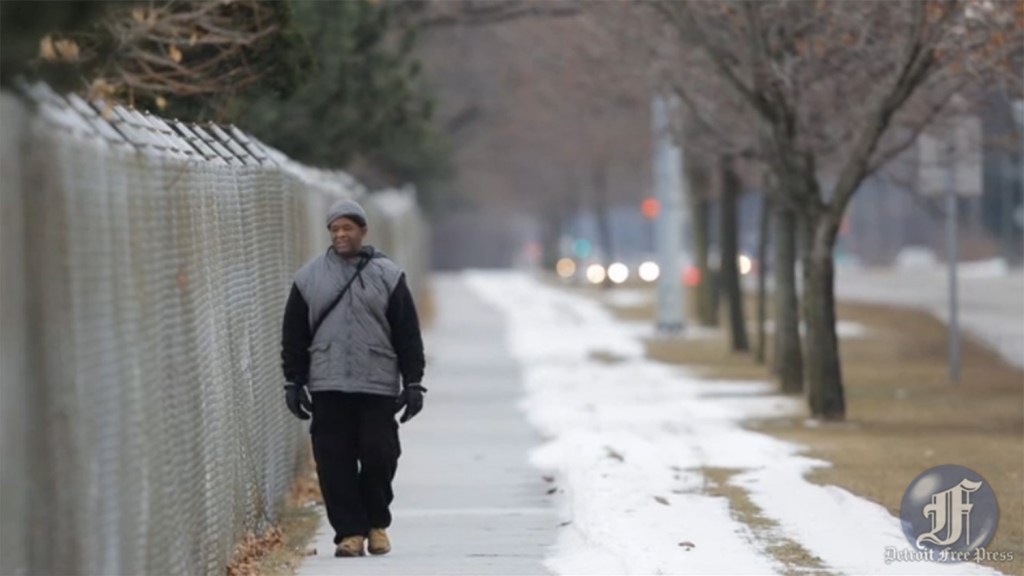 Buying this guy a car was nice. Buying a mass transit system would be way nicer.

There’s been lots of depressing news coming out of Detroit lately, but this week we were treated to an inspiring story from the Motor City.

It started when the Detroit Free Press reported on the daily life of James Robertson, 56, who lives in Detroit but works 23 miles away at a plastic parts factory in suburban Rochester Hills. For the last decade, since his 1988 Honda Accord died, he has been unable to afford a new car. Rochester Hills is one of 40 communities in affluent, conservative Oakland County that chooses not to participate in the regional mass transit system. Buses only cover roughly half of Robertson’s 46-mile roundtrip commute, so he walks 21 of those miles every day. His commute takes four hours each way, and the trip home after his evening shift requires him to walk in the middle of the night through dangerous Detroit neighborhoods, where he has been mugged several times. (There’s a wonderful 2014 New Yorker profile of Oakland County’s longtime chief executive, L. Brooks Patterson, who opposes mass transit and has a history of racial insensitivity. Detroit is mostly black and Oakland County is mostly white.)

But Robertson has finally gotten a well-deserved stroke of luck. As The Huffington Post reported on Monday, Detroit Free Press reader Evan Leedy “decided to set up a GoFundMe account to raise money for Robertson to buy a car. … Initially, Leedy said, he didn’t even think anyone would donate. So he set the goal at a modest $5,000. In just one day, however, donations soared to nearly $50,000.” That number has since risen to more than $260,000. And local car dealerships have reached out to Leedy offering to donate a car.

These donors have done something good, making Robertson’s life a lot easier. But donating to individuals is no solution to the larger transportation problems of low-income Americans. Robertson’s story may sound like human interest, but it’s really about public policy. There are millions of people in his same predicament.

In 2014, it cost an average of $8,876 per year to own and operate a typical sedan. Robertson works 40 hours per week at $10.55 per hour, which is well above the Michigan minimum wage of $8.15 per hour, but even if he gets paid for all 52 weeks per year, he’s still earning just $21,944 before taxes. For him, a car and gas and maintenance are simply out of reach — and for many Americans earning even less, they’re out of the question.

Only in America would we assume that Robertson’s 46-mile commute is the natural order of things and the problem is that some people don’t have cars. Robertson’s situation demonstrates that low-income residents of Detroit and other cities around the U.S. need two things: mass transit and affordable housing near jobs.

As companies have migrated to Detroit’s suburbs, inner-city residents have often been left isolated from job opportunities. Rochester Hills, where Robertson works, has a typical suburban sprawl-inducing zoning code. It is filled with single-family residential zoning districts, separated from commercial and business districts. So you can’t live, work, and shop in the same neighborhood. Single-family zoning prevents the construction of smaller, denser, more affordable housing, in the form of apartment or condo buildings. Even the multi-family housing districts require big setbacks from property lines, mandating that much land remain undeveloped. And, obviously, Rochester Hills lacks an effective bus network.

What the Detroit region needs is a comprehensive sustainable communities policy package. Suburbs must be required to participate in regional mass transit systems, to loosen their zoning regulations, and to build apartments that accept Section 8 housing vouchers for low-income people. The Obama administration has been trying to assist local governments on these kinds of issues through its Partnership for Sustainable Communities. But all they do is offer a carrot — some minimal funding through competitive grant programs via the Departments of Transportation and Housing and Urban Development. The federal government has not required any such improvements or penalized failure to adopt them.

Congressional Republicans, meanwhile, have cut funding for Section 8 vouchers and for some smart growth–friendly programs like competitive transportation (TIGER) grants. They are unwilling to raise revenues to pay for transportation infrastructure. And conservative activists, backed by fossil fuel oligarchs like the Koch brothers, are exerting pressure on Republicans right now not to raise the gas tax precisely because some of the money would go to mass transit.

But without changes in policy at the local, state, and federal level, a lot more people will keep suffering as James Robertson has.