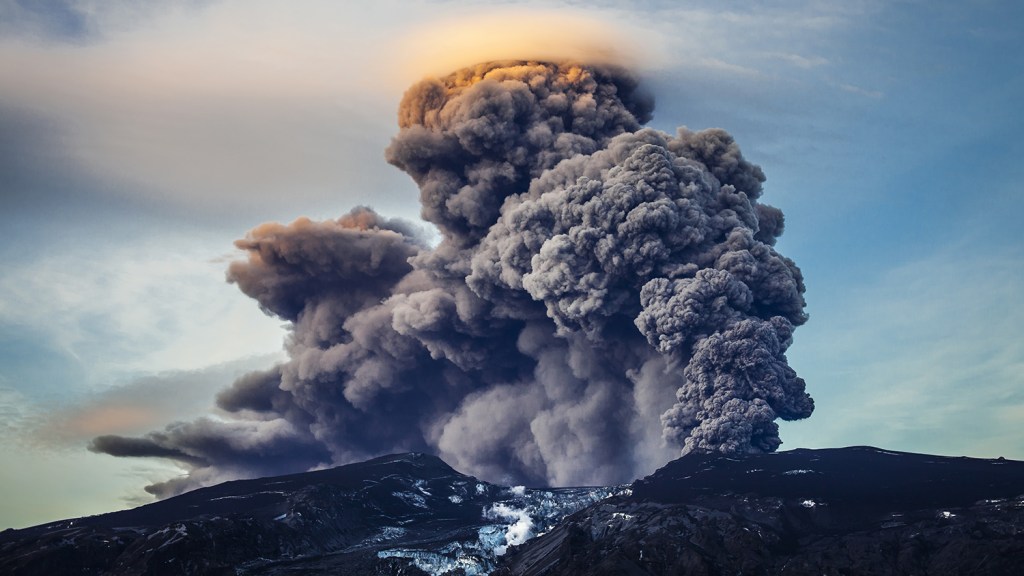 Here’s an odd addition to the litany of less-than-great things climate researchers are telling us to expect in the years ahead: Iceland is getting taller and, consequently, more volcanic.

As climate change melts glaciers, causing some low-lying islands to face inhabitability, Iceland is more or less seeing the opposite thing happen — the island country is rising. According to a new paper in the journal Geophysical Research Letters, this land-level rise is, apparently, what can happen when 11 billion tons of ice sitting on said land slide into the sea each year.

“It’s similar to putting weights on a trampoline. If you take the weights off, the trampoline will bounce right back up to its original flat shape,” Richard Bennett, one of the geologists behind the study, helpfully told The Guardian.

The research team relied on 62 GPS devices, usually used to monitor earthquakes and volcanic activity, to measure how far the land had risen. The study showed that the rate of uplift isn’t gradual — in some places, the land is moving 1.4 inches skyward each year. And climate change is definitely the culprit, according to the scientists. “There’s no way to explain that accelerated uplift unless the glacier is disappearing at an accelerated rate,” Bennett said in a statement.

Besides being really weird, there are signs that this phenomenon could spell trouble for Iceland’s residents in the future. Geological evidence indicates that when the island went through a period of glacial melt 12,000 years ago, the rate of volcanic activity increased thirtyfold. Decreasing pressure on very hot rocks deep in the earth’s crust can cause them to melt, providing more magma for potential volcanic eruptions.

Such changes deep beneath Iceland could have widespread effects: When one Icelandic volcano, Eyjafjallajökull, erupted in 2010, it caused a big mess, blocking out the sun and delaying flights around Europe for a week. Separate research indicates that, as climate change accelerates, we could see a blast of that sort coming every seven years.