Why free trade and government regulation should be BFFs 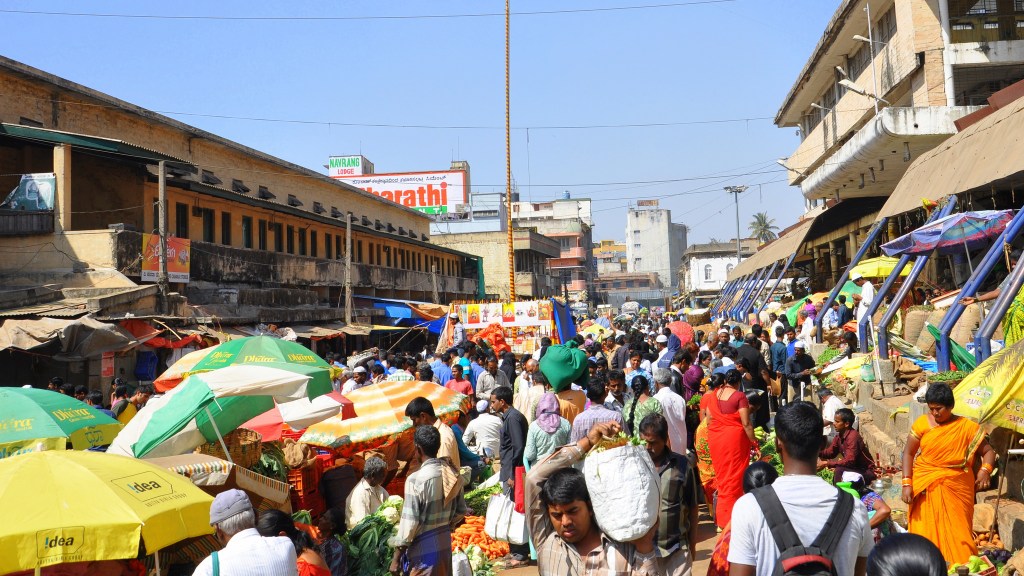 Why free trade and government regulation should be BFFs

When it comes to food, should we be limiting markets — or freeing them up?

The conditions of our moment in history make this question confusing. Today, market capitalism is almost universally accepted. And yet neo-liberalism — the idea that the poor would thrive if we just removed barriers to trade — is routinely called a failure by progressives, especially when it comes to food. (The jargon itself — the fact that it’s the more liberal liberals who object to “liberalization” — adds to the confusion.)

For someone of my — liberal — political mindset, the notion of tearing down barriers so capitalism can operate more efficiently basically sounds the same as saying: Let’s build a sea-ramp into Tokyo harbor so Godzilla can rampage more efficiently!

There really are plenty of examples of unfettered capitalism acting like Godzilla: heedlessly extracting value, despoiling the environment, impoverishing the populace. At the same time, it’s clear to me in my day-to-day life that more trade is generally a good thing. If one person has some old bike parts he’s got to clean out of the garage, and another person just broke the stem on her beloved vintage bike, there’s a real opportunity for both of them to win if they can find each other. Person one goes to eBay rather than the dump and makes a little money; person two buys the stem for far less than it would have cost to make a new one. Everyone wins.

As I proposed here, it works a lot better for poverty eradication to come from the bottom up than to be imposed from the top down. Bottom-up poverty solutions depend on the poor gaining access to markets: Getting out of poverty means making money, and to make money you need a market — some place to sell that food you’ve grown.

Obviously the answer is moderation: trade, along with sensible governance. But what does this really mean? How free does trade need to be to begin to work its magic? How much regulation is too much?

Part of the reason this is confusing is that we usually hear about trade and regulation only when someone is enlisting some news item to support an ideological conviction. It’s always presented as proof positive that the world works one way (capitalism is our savior!), or that the same example proves precisely the opposite (capitalism is the devil!).

But when I talk to people who know what’s actually happening on the ground, the confusion begins to lift. This became clear to me last week when I spoke to Harvard professor Calestous Juma, an African development expert who got his start working with the environmentalist Wangari Maathai.

In a recent article, I’d cited Juma as an advocate of markets and trade. When I talked to him, I asked whether we should focus on fixing market failure in poor countries, to allow small farmers to become entrepreneurs and enrich their countries. Juma embraced that stance — but he also said there was some confusion over the term “market failure.”

When people talk about market failure, he said, they are usually talking about regulations and subsidies. For a long time, he went on, people were suggesting one silver bullet for development in Africa: “Let’s liberalize the market and that will lead to success.”

And of course, this didn’t lead to success. “The assumption was that the reason markets are failing is too much government,” Juma said. But if anything, the problem was too little government. “Markets come from government intervention — they are creatures of public policy,” Juma said.

This is a different kind of market failure, the kind that happens when the conditions of crushing poverty — warfare, disease, lack of roads to move harvest to buyer — keep markets from working. On their own, markets don’t defend property rights, or insure the rule of law, or build roads to poor villages, or provide the public-health programs to vaccinate babies.

Yet policymakers have too often rejected these kinds of effective baseline interventions as market distortions, Juma said. The World Bank was opposed when Malawi subsidized fertilizers to give its farmers a chance to get out of the cycle of poverty. In Zambia, a government in favor of economic liberalization ended food subsidies for the urban poor, which led to riots.

Juma favors heavy government involvement in setting up the conditions that markets need to thrive. He sees no conflict between advocating that sort of market-building while also calling for reducing heavy-handed regulation of trade and business. But what’s the line between governments enabling healthy markets and suffocating them? We debate this endlessly in the U.S. But for poor countries, it could be that there’s no either-or situation here: Government needs to intervene to support markets — and also get out of the way so farmers can thrive.

There’s just an objectively ridiculous amount of regulation in the poorest countries. You’ll find a great illustration of this in the form of a new Planet Money episode about the work of Peruvian economist Hernando de Soto. De Soto saw that people in Peru were developing informal black-market businesses instead of setting up more permanent shops. This was a big problem because, when they made money, they couldn’t reinvest and grow their businesses — their success could be swept away at any time, because they were operating outside the law.

De Soto thought that government regulations simply made it too hard to follow the rules, and he demonstrated this by trying to set up a small shirt factory that complied with all government restrictions. It turned out that this required 11 different permits from seven different agencies. He found that it took someone working eight hours a day 278 days to get permission to open a factory. (The Planet Money episode is great — you should listen to hear about the bureaucracy-reform reality-TV show, and how de Soto’s work almost got him killed.)

Now, reasonable people will disagree about the amount of regulation needed. We argue about these things all the time. But I think we can all agree that no one should have to work 548 days to open a bakery, as is currently the case in Egypt. The World Bank puts out a report every year ranking how hard it is to do business in each country: The United States ranks seventh on that list of 189. The poor countries are clustered at the bottom. There’s clearly a lot of room for Malawi (No. 167) to cut red tape.

In a way this brings me back to my original assumption: Yes, we should have more free trade, and yes, we need more government intervention. But now I understand much better that this isn’t a tradeoff — we can have both. There are plenty of ways to reduce the government interference that makes it hard for poor people to earn money — all the byzantine permitting procedures and tax laws. At the same time, there are also plenty of ways to increase the kind of government interference that helps poor people earn money: building trains, electric grids, and irrigation canals; fighting disease; and providing education. It’s not a choice between one or the other. These things go together.