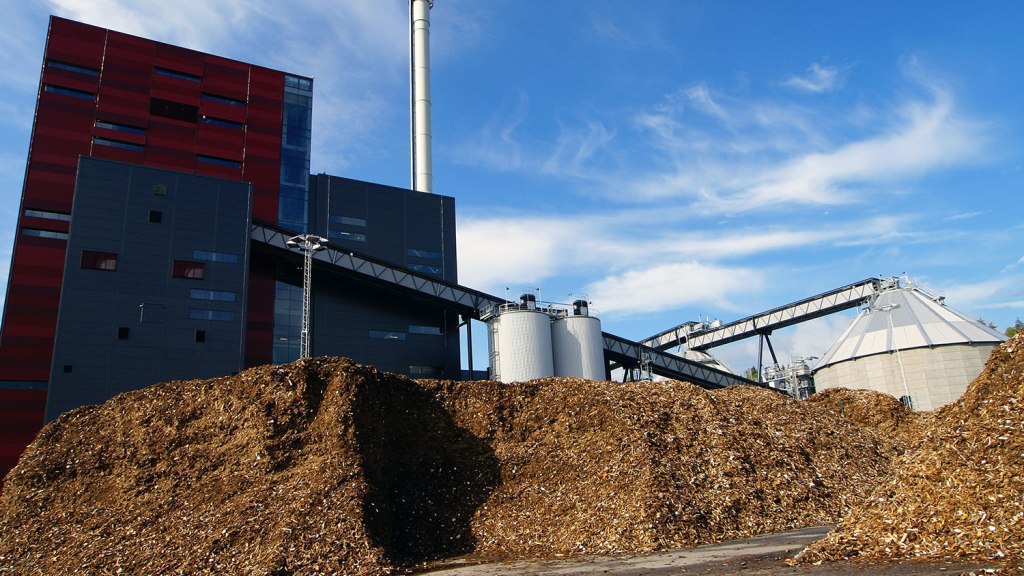 It’s well-established that the Environmental Protection Agency has been quite flaccid when it comes to enforcing civil rights issues. The online news outlet E&E recently took the time to remind us how bad it is last week, reporting from Flint, Mich., where environmental justice complaints about a biomass energy plant built in a low-income, black community have gone ignored since the early 1990s.

“In that corner of Flint, there is just a lot of polluting stuff that’s either in Genesee Township or the northeast side of Flint, and nothing has ever really been done about that,” Rev. Phil Schmitter told E&E reporter Robin Bravender. “The plant is about a mile from an elementary school and a low-income housing complex.”

Back in 1994, environmental justice activists in Flint asked the EPA to block construction of the biomass plant, arguing that low-income African Americans have already suffered enough from the concentration of pollution and poverty in the northeastern quarter. The EPA noted the request, and it’s on the agency’s list of civil rights complaints, filed July 1, 1994 as one of the few cases accepted for investigation. But here we are, over 2o years later, and the situation hasn’t been resolved. The plant has been up and running since 1995, burning wood to energy to its merry delight.

Now, the EPA’s lack of action on civil rights enforcement deserves scrutiny, even as the agency has taken steps like creating Plan EJ 2014, a detailed proposal for correcting this problem. And certainly there are cumulative impact questions that need to be answered in Flint. But as much as anything, the story of the Flint biomass plant reveals just how complicated these issues can be.

If you want a glimpse of just how hardscrabble Flint was/is for the black community in the 1990s, you need only listen to any recording or video from Flint rap groups Top Authority or the Dayton Family:

Even before this plant was conceived, Flint was flush with poverty and pollution. But I’m not sure that biomass is the villain you want to use to make a point about environmental discrimination. To put things in perspective, a biomass plant is being planned right now for Michigan’s much whiter Upper Peninsula, which is also overrun with old coal plants, and it’s mostly being welcomed.

But first, let’s acknowledge that biomass does not come without its problems. According to TheBiomassMonitor.org, there have been 25 fires and/or explosions at biomass facilities as of December 2014, and the biomass industry has been fighting tighter safety regulations. Biomass energy also produces asthma-causing particulate matter and dioxins that cause additional health risks.

The plant in Flint burns wasted wood and pellets from dying trees and old houses. Schmitter and other community activists are concerned that it could be using wood that is tainted with dangerous levels of lead-based paint — the kind of lead that some scientists attribute to the crisis-levels of violence experienced throughout the 1990s (as heard in graphic detail in Top Authority’s songs).

Also, biomass facilities might start out only incinerating deadwood, but what happens when that supply runs out and purchasers still need energy? Do they then start chipping away at perfectly good forest, which we need to absorb carbon dioxide? According to the U.S. Energy Information Administration, “much of” Michigan’s biomass supply comes from the state’s 19 million acres of forest land.

But the state of Michigan considers biomass to be a source of “renewable” energy. It’s not pollution-free, like wind and solar, but it beats the most often-used alternative: As it stands, Michigan has regularly gained over half of its energy supply from coal, though it produces none of its own. Much of its coal is brought by rail from Wyoming and Montana, according to EIA. It ranks among the 10 states that are most dependent on coal imports, according to a report from the Union of Concerned Scientists (jump to page 33 for the state profile).

Michigan is one of the 29 states with laws that mandate that a certain percentage of the energy it purchases comes from renewables. That renewable portfolio standard isn’t among the strongest in the land — it only asks for 10 percent renewable energy by 2015 — but that’s better than states that have, at best, a voluntary program, or worst, none at all. Of Michigan’s 2013 renewable supply, 42 percent of that came from biomass.

Michigan’s biomass market is encouraged by a considerable tranche of financial incentives, including the state’s Biomass Energy Program and the Biomass Gasification and Methane Digester Property Tax Exemption, which is mostly for farm facilities, but counts biomass gasification equipment among its exemptions.

Gov. Rick Snyder also includes biomass as part of his “no regrets” energy future plan for ridding the state of coal-powered electricity. He is under further pressure from the EPA to bring the state into compliance with the Clean Power Plan, which also has the goal of weaning us off of coal — and, yes, the agency counts biomass as part of its accepted renewable energy alternatives. (In a recent report, experts at the World Resources Institute agree that we could do worse than biomass.)

Which is all just to say that this civil rights thing is a bit complicated. The civil rights group NAACP examined Michigan’s energy policies as part of its Just Energy series reports and said it was it “on the right path” for clean energy development, and that the state’s “incentives rank among the most effective for attracting clean energy manufacturing and research and development.”

The report also says that “Michigan should focus on solar, wind, and geothermal sources as the best possible options for clean energy development, with distinct health, environmental, and economic benefits.” But it’s clear throughout that it is more concerned about the state’s current coal dependency:

In 2010, fossil fuel based energy accounted for 83% of the total energy (electricity and fuels) consumed in Michigan. Michigan’s renewables accounted for 4.96% of in-state electricity generation in September 2013 and 56.5% came from coal. In spite of its abundant in-state clean energy potential, at $1.16 billion in expenditures, Michigan spent the 6th most, out of 50 states in the nation ,on coal imports in 2012. Michigan has eight coal plants that received a failing environmental justice grade in the 2012 Coal Blooded Report. Coal based electricity production, from cradle to grave, has been proven to be unhealthy to humans and the environment.

Yes, it’s inexcusable that the EPA has sat on the Flint case for over 20 years. It’s also inexcusable that Michigan has been relying on coal, when it really doesn’t need to. After all, when you’re depending on coal from other cities and states, as Michigan is, you’re basically turning a blind eye to the health problems that fenceline communities in coal-producing states have to deal with.

This is why the issue is so complicated. The EPA is desperately trying to get us off of coal in an attempt to address climate change, which is also a civil rights issue given that hits people of color and the low income the hardest. It just goes to show that not all EJ issues are black and white. But after 20 years, the EPA, at the very least, owes Flint an explanation.