While the planet broke heat records, we broke driving records 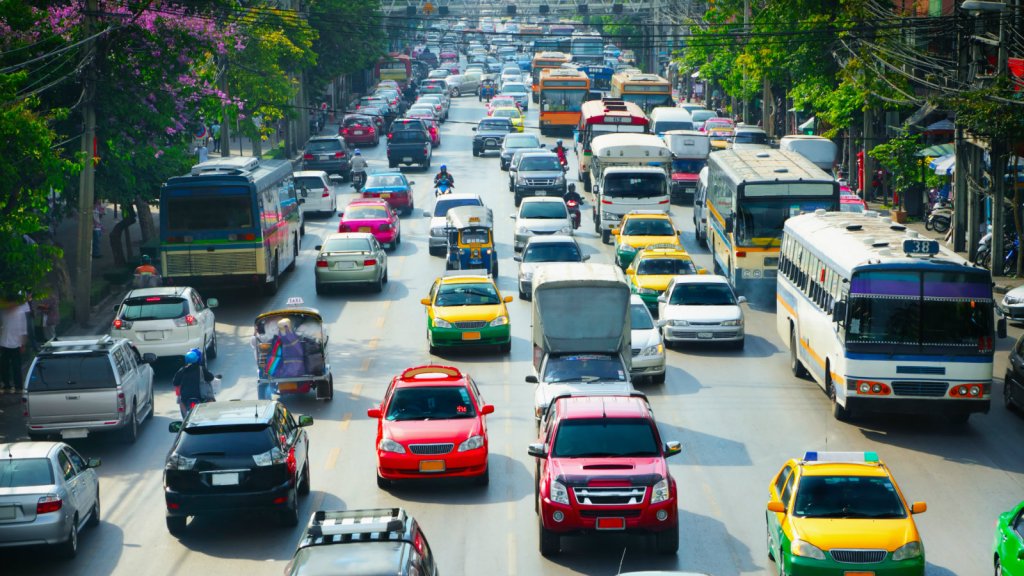 While the planet broke heat records, we broke driving records

When gas is cheap and piggy banks are full, there’s only one thing to do: ROAD TRIP!!!!!!

And apparently, that’s exactly what Americans did last year, when we collectively logged 3.15 trillion miles on the road, a heady 150 billion over the previous record, set in 2007. That’s the equivalent of driving to Pluto and back a whopping 337 times, Scientific American points out.

That’s also a 4.5 percent increase from 2015 to 2014, says the Department of Transportation’s Federal Highway Administration, the biggest jump in more than a decade of near-stagnant mileage. Here’s more from Scientific American:

The long-term increase in miles traveled in the United States slowed starting in the early 2000s, hovering near 3 trillion a year throughout years of economic decline. The only other comparable slowing in year-over-year increases in miles driven occurred during the early 1970s and ’80s.

Some observers suggested that the last decade’s numbers signaled a structural shift in driving patterns, with more people using public transit and fewer young adults getting into cars. The portion of people under 35 with driver’s licenses has dropped at least 10 percent from the 1980s, according to the latest analysis by University of Michigan researchers. Less than a quarter of 16-year-olds had licenses in 2014, down from 46 percent in 1983.

But then: Psych! We were actually just waiting for the unemployment rate to go down and gas prices to plummet so that we could stock up on junk food, hit the open road, and finally rock out to that Cruise Tunes playlist that we’ve been compiling for the past eight years.

And, by the way, while it’s true that fewer young adults are getting licenses, it’s also true that American over 60 are holding onto their licenses for longer. In 2014, 26 percent of all licenses belonged to the over-60 crowd, compared to 20.6 percent in 2004, Scientific American reports.

The increase in driving began in March 2014, after which ever month surpassed the previous one, culminating last December in the most miles ever driven in the U.S. a single month (adjusting for seasonal variations), according to Scientific American:

Adie Tomer, a fellow at the Brookings Institution’s Metropolitan Policy Program, suggested that may mean the slowing in driving in the past decade was a “blip.”

“Maybe that progress wasn’t as good as it seemed,” he said. “Many Americans are effectively tethered to their cars.”

In fact, the Department of Transportation released a report last year called “Beyond Traffic: Trends and Choices” (it’s as riveting as it sounds), in which it predicts that miles logged will increase between 23 and 27 percent over the next 30 years.

This is a problem, of course, because driving is a huge source of greenhouse gas emissions. According to research from the University of Michigan, transportation currently accounts for a whopping 27 percent of emissions, second only to manufacturing’s 29 percent.

So until we’re all driving cheap electric vehicles that run on clean electricity, maybe we shouldn’t be so quick to jump behind the wheel, if we can help it. And if the lure of the open road really won’t stop nagging at you, just go buy some Twizzlers from the nearest gas station, park yourself on the couch, and live vicariously through those who came before us, when times were simpler and cars were cooler: