Why China (really) is losing its appetite for coal 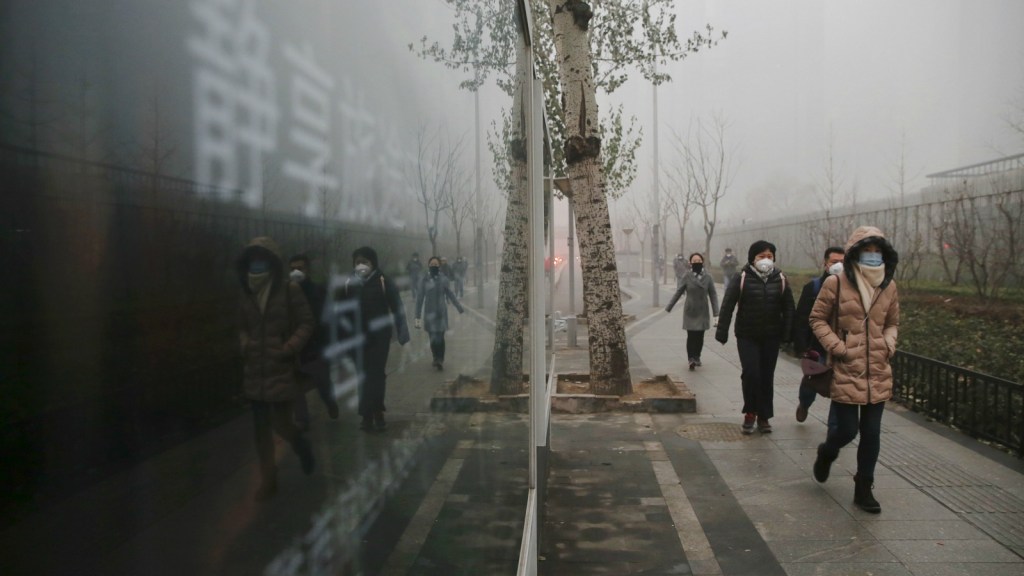 Why China (really) is losing its appetite for coal

China announced this week it intends to halt construction of about 200 new coal plants, the likes of which would have accounted for 105 gigawatts of generating capacity. Avoiding 200 new coal plants may not sound like a huge step for climate change at first, but it accounts for more electricity capacity than all of Britain and makes a dent in the staggering number of coal-fired plants the world has planned.

The pressures leading to this decision are just as important as the news itself. China’s hunger for coal has been shrinking rapidly and coal-fired plants have been operating at an average of around 50 percent capacity, hinting at the wild inefficiencies in the country’s energy infrastructure. But this isn’t only a story of ruthless economic pragmatism or China’s hankering for international political capital — it’s also one of citizen accountability.

“Chinese people are saying, ‘We demand cleaner air,’” said Melanie Hart, China policy director at the Center for American Progress. Hart detailed recent moves to install real-time air-monitoring technology across the country. By comparing real-time air quality to national standards, people now have a stark picture of a government failing to follow through on its environmental promises. The Chinese Communist Party “are now allowing the citizens to have an unprecedented role in holding local officials to account over air pollution,” she told Grist.

Citizen pressure could lead China to make even bigger changes down the road. But with a country as big as China, change takes time.

And there is, as always, some fine print: China’s new guidelines provide exemptions for coal projects linked to peoples’ livelihoods, a vague phrase that could perhaps apply to personal coal-fired heating in homes. The country as a whole is going to still be using a lot of coal, but the new guidelines still show Chinese officials are serious about restricting its growth.

“One thing to understand about China is that it’s really like a giant cruise ship,” Hart said. “When the economic command in Beijing starts to turn the wheel and change direction, it takes a while for the entire ship to swing around.”

Swinging the ship around will indeed be slow and arduous — and will include hardships for coal and steel workers in the transition toward a service-based economy. China can do a lot to ease that transition with retraining and reemployment programs. And over time, when that ship is pointing the right way, the world will be a lot better off for all the coal it avoided burning.