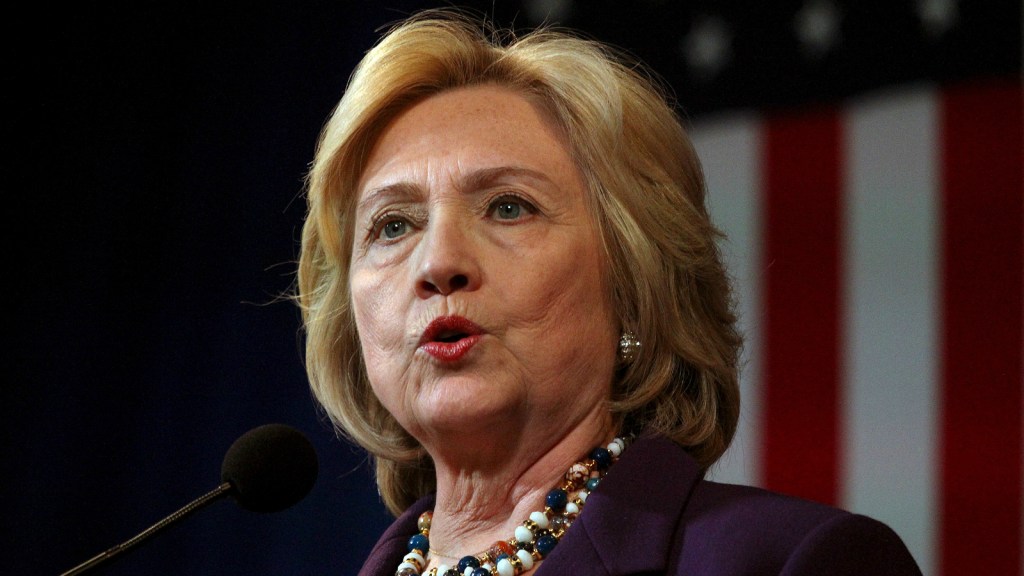 Last month, the League of Conservation Voters (LCV) Action Fund took the unprecedented step of endorsing Hillary Clinton for president, after only one debate between the Democratic candidates and months before the first vote in the Democratic primaries will be cast. That was a big mistake. It’s far too early in this primary for the nation’s most powerful environmental political organization to endorse.

In 2004, LCV’s endorsement of John Kerry before the New Hampshire primary was unprecedented in its early timing, but at least came after Kerry’s strong victory in the Iowa caucuses. There is no such defense today.

Furthermore, by LCV’s own metrics, Clinton has the weakest environmental record of the Democratic candidates. Bernie Sanders is the highest rated candidate on the LCV scorecard, as well as the scorecard put out by my organization, the Climate Hawks Vote PAC. Martin O’Malley was the first and so far the only candidate to release a comprehensive presidential climate agenda.

LCV is a good political organization  —  one the best in the country working on any issue. The millions of dollars it raises and spends each year and the millions of voters it reaches with a pro-climate message are a crucial bulwark against the radical Republican agenda. Nine times out of 10, the group does great work — but this time it grossly miscalculated.

The importance of a competitive primary

In just a few months, Sanders’ issue-powered candidacy has done more to make Clinton a better candidate than all the rest of us in the climate movement. The Democratic primary has been focused not on personalities and insults but on the issues the American people care about. We saw that clearly in the first Democratic debate, in which Sanders unequivocally stated that fossil-fueled global warming is the greatest national security threat we face, O’Malley described his vision of a fossil-free America, and Clinton spoke passionately about her efforts to secure a deal out of the Copenhagen climate talks.

Meanwhile, the Republican clown-car primary is dominating our airtime with attacks on science bought and paid for by Exxon and the Koch brothers. The Republicans have scheduled twice as many debates as the Democrats, have five times as many candidates, and their fossil-fueled super PACs have 10 times as much cash.

Now, at the beginning of the primary season, LCV has essentially declared that there’s no need for any further discussion of the environment or climate by the Democratic candidates.

I’ll leave it to others to speculate what, in fact, motivated LCV to endorse Clinton. No matter the reasons,  the decision deprived the group of a crucial chance to push her on climate throughout the primary. And its decision made it harder for the rest of the environmental movement to do so too.

Let’s be clear: Hillary Clinton, like Bernie Sanders and Martin O’Malley, has the ability to be a powerful climate leader, unlike any of the corrupt and dangerous Republican candidates.

But the reality of the climate crisis is uncompromising. Our challenge is to elect fierce, uncompromising climate hawks. LCV has declared Clinton the best despite the fact that she has the weakest, most mixed record on climate and the environment of any of the three candidates.

As secretary of state, Clinton promoted the internationalization of fracking and oversaw the State Department’s initial support for the construction of the Keystone XL pipeline. The one major climate accomplishment she touts, the Copenhagen Accord, is considered by climate activists to be a huge failure. Clinton is the only candidate with deep ties to the financiers and lobbyists of the fossil-fuel industry, on Wall Street and beyond.

Clinton supports the continued exploitation of our nation’s public carbon reserves, while Sanders has introduced legislation that would put an end to fossil-fuel leases on public lands. Sanders and O’Malley actively support the climate divestment movement, while Clinton  —  whose campaign and super PAC accept funding from fracking investors and fossil-fuel industry lobbyists — has not taken a position.

In these early days of the Democratic primary season, however, we’ve been excited to see Clinton take stronger stands on behalf of the climate, coming closer to where Sanders and O’Malley are. We’re liking this primary — which is why it’s so disappointing that LCV is trying to cut it short.

When November 2016 arrives, the Democratic nominee will be facing a battle-tested Republican who has spent months honing an anti-climate message that can mobilize an electoral army. And the GOP candidate will be backed by deep-pocketed oil, gas, and coal barons who are pumping upwards of a billion dollars into the campaign to ensure their radical agenda dominates the political discourse. We will all need to call out the radical anti-science, anti-American fossil-fuel agenda of the Republicans, and enthusiastically support the candidacy of the Democratic nominee in the general election.

But Clinton hasn’t yet done the work to earn the passionate support of the nation’s climate activists —  and LCV’s rash decision makes it less likely that she ever will.

It is the responsibility of organizations like the League of Conservation Voters to push candidates to adopt strong stances, and to help guide the climate movement to elect the leaders we need. However, LCV has cut short the mobilizing process of democratic engagement and endorsed a candidate whose climate platform it knows full well is insufficient.

Instead of succumbing to the politics of compromise, climate hawks should continue putting the pressure on all of the Democratic candidates to develop stronger, bolder platforms for climate action.

Brad Johnson is the political director of Climate Hawks Vote.