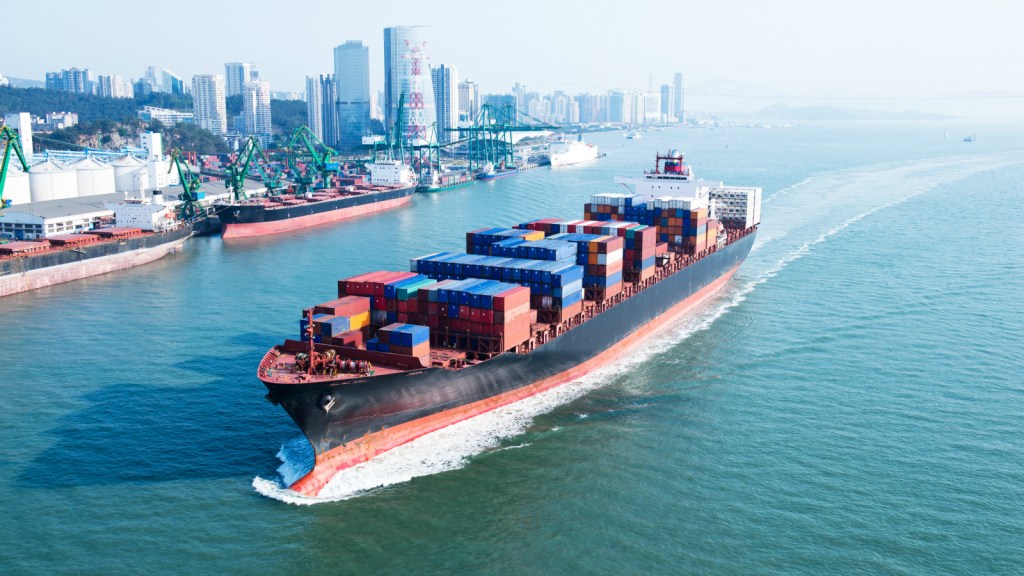 Shipping is a big contributor to climate change. So why is it being left out of the Paris deal?

When you think of the sources of greenhouse gas emissions — airplanes and automobiles, power plants and factories, paper mills and burping cows — one image that might never cross your mind is ships. In the era of air travel, the average American spends little to no time on boats. It seems like an outdated mode of transportation.

But the global economy runs on ships. TVs and cars made in Asia don’t take airplanes to markets in the U.S. and Europe. They travel by boat. Shipping is actually bigger than ever — it’s just overwhelmingly commercial rather than the way rich people cross the Atlantic. As globalization continues to expand and developing countries continue to grow, international shipping is expected to increase dramatically in the next few decades.

And all those ships running on oil could pump out a lot more emissions.

A 2014 report commissioned by the International Maritime Organization (IMO) found that between 2007 and 2012 the international shipping industry produced an annual average of 866 million tonnes of CO2 equivalent. That accounted for 2.4 percent of global greenhouse gas emissions over that period. If the international shipping industry were its own country, it would be the world’s sixth largest climate polluter, between Japan and Germany.

Even more concerning, those emissions are expected to grow between 50 and 250 percent by 2050. According to a report released a few weeks ago by the European Parliament, shipping could account for as much as 17 percent of global carbon emissions by 2050.

Unless something is done about the problem, that is. In previous agreements made under the U.N. Framework Convention on Climate Change (UNFCCC), such as the Kyoto Protocol, shipping has been left out entirely. And since international shipping emissions aren’t necessarily assigned to any individual country, emission-reduction targets for specific countries don’t include the sector.

But for the small island nations that are most vulnerable to rising sea levels and severe storms, no source of climate pollution can be ignored. The system for regulating emissions from ships already exists: The IMO is a U.N. body with the power to regulate. But its current emissions rules are geared toward curbing conventional air pollutants, not greenhouse gas emissions. And while the IMO requires that new ships meet standards for fuel efficiency, ships have a long life and there are more than 50,000 ships plying the seas that the IMO hasn’t put any efficiency or emissions controls on.

The Marshall Islands, a severely climate-threatened archipelago in the south Pacific Ocean that is aggressively working in the current Paris COP 21 negotiations for the strongest deal possible, has proposed that the forthcoming climate agreement include language directing the IMO to regulate shipping emissions, and similar provisions for airlines as well. The original draft text included its proposal, but the updated draft released on Thursday morning did not.

There are many ways in which regulations could bend the industry’s emissions curve downward. The most obvious would be stricter and more broadly applied fuel-efficiency standards. The IMO could also set speed limits, as ships emit less when moving slower. Alternative fuels could be researched and deployed. Also, ships use a lot of electricity for on-board operations, and that could be generated using sources other than oil, as cargo ships are big enough to support solar panels or even wind turbines.

The IMO, despite having commissioned a report that demonstrates the scope of the problem, has yet to take action. Critics suggest that bureaucratic inertia and coziness with the shipping industry could be to blame. So it may need a push.

Even if the final agreement doesn’t include the Marshall Islands’ proposed language, negotiators and others at the COP 21 could make it clear that the shipping industry needs to start cleaning up its act. “It would be helpful if the IMO got a signal from this [Paris] process to start working on this,” said John Maggs, president of the Clean Shipping Coalition, at a press conference on Wednesday.

Precisely because it is so central to economic activity, shipping is a touchy subject for the international community to tackle. As a small island nation, the Marshall Islands is as economically dependent on shipping as anyone. More so, in fact: 6.1 percent of the world’s ships (by tonnage) are registered in the Marshall Islands and provide a major source of its tax revenue. That’s why it’s afraid to act alone to regulate ships. If it were the only country to impose new rules on ships flying under its flag, the ships would just register elsewhere. But the Marshall Islands isn’t afraid to push for strong global rules that would be the same for ships registered in any country. Whatever risk to its economy that might pose, it pales in comparison to climate change.