Will EPA’s power plant regulations be stopped in the courts? 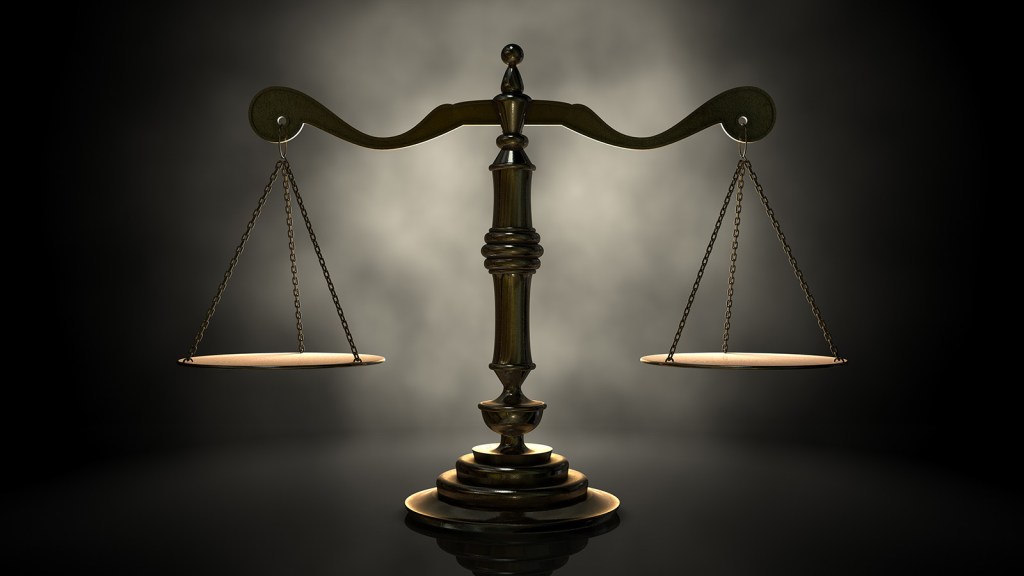 Will EPA’s power plant regulations be stopped in the courts?

The famous adage that nothing is certain in this world but death and taxes should probably be amended. At least insofar as politics and policy are concerned, there is a third inevitability: lawsuits.

Before they even know the details of a major environmental regulation, affected industries start looking for ways to get it thrown out in court. That’s definitely the case for President Obama’s newly proposed regulation on CO2 emissions from existing power plants. Republican-controlled states will be joining the legal assault too because the power-plant rule, like Obamacare, would impose mandates on state governments.

Generally, you cannot sue to block a rule until it has been finalized, which in this case is scheduled to happen by June 30, 2015. Lawyers on both sides say they don’t expect any suits to be filed before then. But they’re already prepping for them.

Litigants will say the EPA has overstepped its authority under the Clean Air Act. One of this proposed rule’s great virtues is that it is an innovative use of EPA’s rulemaking authority. Traditionally, the agency simply dictates that a source of pollution such as a factory or power plant must adopt the best available technology to reduce its emissions. By contrast, the newly proposed Clean Power Plan offers states the freedom to figure out how to most efficiently clean up their whole power generation system, not just coal plants themselves. That shuts down one common avenue for legal challenges — that states were not given adequate consultation or flexibility. But when EPA shuts a door, it opens a window. By choosing an approach that is unprecedented, the agency is inviting complaints that it is unauthorized.

Here are five potential legal vulnerabilities in the EPA’s proposed rule. Note that this is only the minimum of hurdles the rule will have to jump over — opponents could still come up with as-yet unimagined arguments against it.

1) Opponents will try to kill an earlier rule for new power plants. Under the Clean Air Act, when the EPA moves to limit emissions of a pollutant, it must regulate emissions from new or newly modified sources before it can address emissions from existing sources. Last September, the agency released its proposal for regulating CO2 from new and modified power plants, nearly nine months before it unveiled its plan for existing plants. Once the new-plant rule is finalized — which will happen sometime before next June — opponents will try to get it overturned in court, and if they succeed, then the EPA won’t have grounds to move forward with its existing-plant rule. (A company wanting to build a coal-fired power plant already filed suit against the new-plant rule and was told to come back after it’s finalized. The state of Nebraska has also filed suit.)

Energy industry advocates think the EPA’s new-plant rule is legally vulnerable. As currently proposed, it would require any new coal-burning power plant to have carbon-capture-and-sequestration (CCS) equipment capable of reducing CO2 emissions by 20 to 40 percent. The coal industry argues that such a requirement is illegal because the EPA can only require technology that is feasible and CCS is too expensive and unproven. Environmentalists, however, express confidence that it will pass judicial review. Even so, the existing-plant rule could be put on hold while the courts hear challenges to the new-plant rule.

2) Opponents will challenge the rule’s “outside the fence” approach. One thing the proposed new-plant rule does have going for it legally: It takes the same basic approach as previous EPA rules, by simply declaring what kind of emissions-control technology power plants must use. EPA’s proposal for existing plants, in contrast, does something the agency has never done before: It sets statewide emissions rates. This is supposed to mollify the energy industry, the politicians in their pockets, and the states with a coal-heavy energy sector, by giving them flexibility. It will let states figure out how to lower their emissions, not necessarily just by shutting down or limiting use of coal-fired plants but also through efficiency or shifting to renewables or natural gas or implementing cap-and-trade systems. But the Clean Air Act has never been used this way before. EPA is confident that its authority to require states impose the best “system” can mean a statewide electricity system rather than just a technological system installed at a pollution source. But there will be lawsuits arguing otherwise.

3) Opponents will challenge the rule for imposing different standards on different states. Just as the statewide approach is unprecedented, so too is the EPA’s intention of setting a separate standard for each of the 50 states. The rule would set a specific allowable rate of CO2 emissions per megawatt hour of electricity produced, and the proposed rates vary widely based on each state’s current energy portfolio. Normally EPA rules impose uniform requirements across the nation. States that believe their rate is unfair or unattainable, as well as coal companies, will argue that the law requires that they all be given the same rate. EPA will counter that the rule makes things easier on states. “EPA is doing industry a favor by taking into account the prevalence of coal versus other resources,” says David Doniger, senior attorney for NRDC’s climate and clean air program.

Doniger also argues, in an echo of the “outside the fence” debate, that just because EPA hasn’t done this before doesn’t mean it can’t do it now. Previous air pollution rules have dealt with local pollutants like sulfur dioxide or nitrous oxide. It makes sense that EPA would require each state to reduce them to the same level, because if levels were higher in a certain state it would be dangerous for residents of that state. The only time EPA has set disparate requirements has been to prevent upwind states from polluting downwind states. In other words, it was treating states differently but in the service of a single national standard for air pollution. Greenhouse gases are different: The problem isn’t the concentration of CO2 near a power plant, it’s the total concentration in the Earth’s atmosphere. If all the U.S.’s CO2 emissions came from one state, all states would still be affected by climate change. “[EPA] has never dealt with a problem like this before,” says Doniger. “So the fact that they’ve dealt with other, simpler problems in other, simpler ways doesn’t restrict their authority.”

4) Opponents will fight over state compliance plans. Even if the rule is upheld in federal court against the challenges outlined above, that is still just the beginning. Each state must come up with a plan to meet its rate target and get EPA approval for it. Most state departments of environmental protection do not currently have the authority under state law to do some of the things, like setting up a statewide cap-and-trade system, that might go into a compliance plan. So state legislatures would have to pass, and governors would have to sign, legislation creating that authority. Once a state develops a plan, opponents may file suit over it in state court, saying it goes beyond the state’s power granted in the authorizing legislation. They may also challenge it in state court if they think it violates another provision of state law or the state constitution. If a plan goes to the EPA and the agency rejects it, then the state, or any individual or corporation being harmed by the rejection, may challenge that decision in federal court.

“There will likely be a series of court cases. You could easily see 30 different state lawsuits,” predicts Jeff Holmstead, a former EPA air administrator under George W. Bush, now a lawyer with energy industry clients at Bracewell & Giuliani.

5) If states don’t submit compliance plans and EPA writes the plans for them, opponents will sue over that. Are conservative states going to cooperate with the EPA and submit well-thought-out compliance plans, especially if it’s necessary to pass new legislation to make those plans possible? Sure, and then they’ll expand Medicaid, raise taxes on rich people, and build new mass-transit systems. Actually, no, they will refuse to. On the bright side, this eliminates the legal challenges outlined in point No. 4. It just creates a whole different set of potential issues. The EPA has the authority under the Clean Air Act to come up with a compliance plan for a state that doesn’t do so itself. But any such effort will trigger yet more lawsuits. “EPA creating its own plan for a state creates huge legal problems because it doesn’t have the legal authority to do the things the rule requires,” says Holmstead. “For example, it can’t make a Texas cap-and-trade program. And politically it would be enormously difficult.”

It’s worth noting that so far we have only addressed challenges to the rule from the right. If, for example, environmentalists think EPA has accepted a state compliance plan that won’t actually work, they could sue as well. “Every step of the way there is legal vulnerability,” notes Holmstead.

When asked by Grist about these issues, EPA gave a formulaic response pointing to the Supreme Court decisions giving it the authority to regulate greenhouse gases: “EPA has clear, settled legal authority under the Clean Air Act to issue regulations for greenhouse gas pollution from power plants, and the Clean Air Act allows EPA to issue rules that provide flexibility to states while achieving important pollution reductions.”

“What I think EPA is hoping for is that it will come up with something reasonable enough that everyone will go along with it,” says Holmstead. “I think they realize what they just did goes a little too far.”

But many Republicans and conservatives will not go along with any climate regulation, no matter how reasonable. So the EPA would be wise to finalize the strongest rules it thinks can pass judicial review and prepare for long legal battles.