Will Obama's climate plan cause blackouts? No. 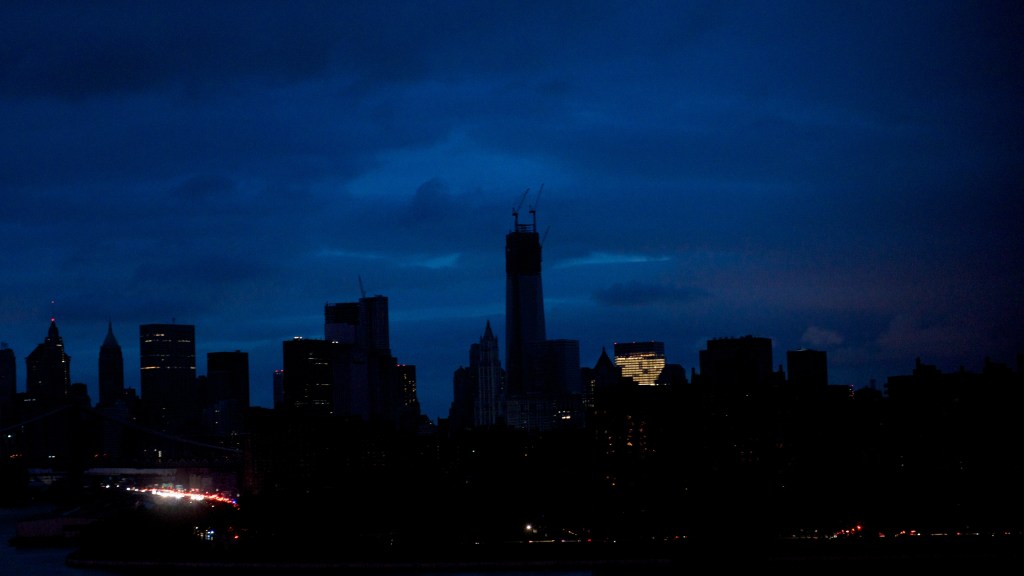 Will Obama’s climate plan cause blackouts? No.

Back in November, a group of Republican lawmakers fired off a stern letter to the head of the Federal Energy Regulatory Commission, the agency that oversees electric grids. President Barack Obama’s new climate plan, the letter warned, could lead to blackouts across the country.

The Clean Power Plan is the centerpiece of Obama’s climate policy. It calls for the nation to reduce its carbon footprint 30 percent by 2030 and requires each state to reduce the “intensity” of its power sector — that is, how much greenhouse gas is produced per unit of energy. States can choose from a wide array of options to meet their individual goals, including closing or renovating coal plants, boosting energy efficiency, and building new renewable energy systems like solar or wind farms.

The GOP letter cited a report from the North American Electric Reliability Corporation (a nonprofit that helps power companies coordinate between the United States and Canada) that said the gap left by shuttered coal plants “may represent a significant reliability challenge.” Yesterday, EPA chief Gina McCarthy defended the plan at a congressional hearing, telling Rep. Bob Latta (R-Ohio) the rules are designed “in a way that ensures we won’t threaten reliability and affordability of the energy system,” as E&E reported. But NERC’s concerns have been gaining traction with power companies and with Republican lawmakers, often coupled with a warning that less reliable power systems will also be more expensive for customers.

This month, Virginia legislators passed a bill to freeze rates (the amount customers pay per unit of electricity) at Dominion Virginia Power, a coal-dependent power company that is the state’s biggest electric utility. The bill, which Dominion has actively supported, came after the company warned that the Clean Power Plan could send monthly electric bills skyrocketing, citing a letter from the state’s Corporation Commission to the EPA that said, “Virginians will likely pay significantly more for their electricity.” Gov. Terry McAuliffe (D) signed it into law on Tuesday.

The same message was repeated yesterday, when representatives from dozens of utility companies met in Denver with officials from the Federal Energy Regulatory Commission to voice their concerns about the Clean Power Plan. Tri-State Generation, which provides power to customers in Nebraska, Colorado, New Mexico, and Wyoming, filed a comment with FERC arguing that the impacts of the plan will be “staggering and will have a significant impact on the reliability and affordability of electricity.”

John Moore, an energy lawyer with the Natural Resources Defense Council who attended a similar recent meeting in Washington, D.C., said complaints like this are increasingly common. “It’s a snowball effect, where one report comes out and then others build on it,” he said.

So is Obama’s attempt to slow global warming going to leave you with no lights, melting ice cream in the freezer, and a fat electric bill? Probably not, according to several recent analyses that challenge NERC’s findings. They all suggest that the flexibility built into the Clean Power Plan provides ample opportunity to keep the lights on, and electric bills in check, while still meeting the EPA’s targets. It all depends on how each state’s lawmakers approach the plan, said Jürgen Weiss, a senior researcher at the economic consulting firm The Brattle Group.

Weiss is the author of a recent report — commissioned by an energy trade association founded by the billionaire environmentalist Tom Steyer — that concluded the climate plan is “unlikely to materially affect reliability.” The reason, Weiss explained, is that the NERC analysis focused too narrowly on a hypothetical scenario in which closing coal plants is a state’s only recourse. In fact, renewable energy investments and increased reliance on natural gas could allow a state to meet its carbon target while leaving a few key coal plants intact to accommodate rare periods of peak demand (summer afternoons when everyone is running an air-conditioner, for example).

The most promising solution, Weiss said, is for states to join existing interstate carbon trading markets, like the Northeast’s Regional Greenhouse Gas Initiative, or set up their own. That way, states that can afford the switch away from coal can sell carbon credits to states that can’t, bringing down the overall carbon footprint without forcing destructive change on any one state. Some lawmakers are already considering this path. A bipartisan group of Illinois legislators introduced a bill last week that would set up a cap-and-trade system for power companies in the state and allow other states to join in, in order to meet their EPA carbon targets.

Meanwhile, back in Virginia, an analysis by the Southern Environmental Law Center found that although electricity rates are projected to rise 2 percent by 2030, improvements in energy efficiency thanks to the new EPA rules would actually lead to an 8 percent drop in consumers’ electric bills. The specter of risk to ratepayers is overblown, SELC Virginia director Cale Jaffe said. Plans to shut a few coal plants that were already in the works before the climate rules were announced would get Virginia nearly 80 percent of the way to its emissions goal, according to the SELC.

The same is true across the country: The abrupt shift away from coal described by NERC is misleading, Weiss said, because coal has been on the decline since long before the EPA’s carbon rule was proposed. The same old, inefficient coal plants that could face closure under the Clean Power Plan are already being threatened by competition from cheap natural gas and existing EPA rules targeting mercury pollution. A recent survey of the nation’s electric utility companies found that 77 percent already plan to reduce their dependence on coal in the coming years, while a similar proportion plan to increase their dependence on natural gas and renewables. In other words, the new EPA rules don’t signal an about-face from existing trends.

With all that being said, it’s up to state officials, not utility companies, to decide how to meet the EPA rules. How costly, risky, or difficult that process will be depends on what options lawmakers allow utilities to pursue. Already, under pressure from coal companies and the conservative American Legislative Exchange Council, some states are choosing to tie utilities’ hands. Kentucky last year enacted a law that effectively bars state planners from complying with the new EPA regulations, stonewalling in the hope that the rules will get killed in court. And earlier this year, Arizona and Pennsylvania passed laws that require those states’ emissions plans to be approved by their legislatures, opening the door to coal industry lobbying. Virginia is currently considering a similar bill. (A Dominion spokesperson said the company has not taken a position on it.)

Ironically, NRDC analyst Aliya Haq said, rather than undermining the EPA, increased pressure by coal companies and ALEC on state power regulators could instead forge strange-bedfellow alliances between environmental organizations (wanting climate action) and utility companies (wanting choices) — two groups that are normally at loggerheads when it comes to climate policy.

Still, this kind of Clean Power Plan fearmongering in statehouses isn’t a huge surprise, NRDC’s Moore said. The Clean Air Act, the legal platform for the EPA rules, has been attacked for decades as a threat to consumers, and yet experience has shown it’s possible to reduce pollution without undermining the economy.

“Coal interests and others have played the reliability card before to weaken or delay limits on pollution,” Moore said. “So I say we press ahead to recognize the flexibility in the proposal.”