Will the Supreme Court kill the EPA's efforts to crack down on mercury pollution? 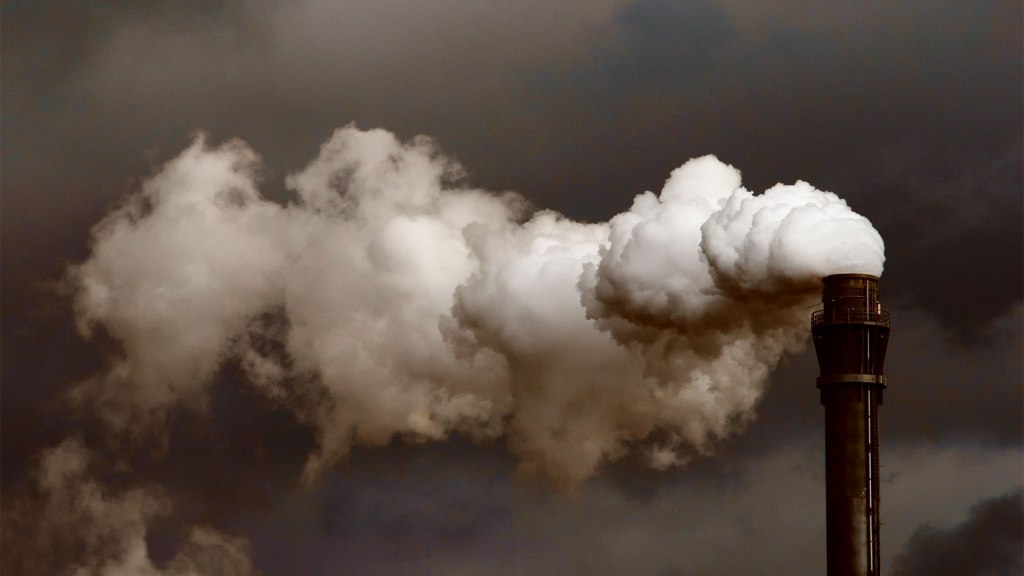 Will the Supreme Court kill the EPA’s efforts to crack down on mercury pollution?

Leading up to Wednesday’s oral arguments at the U.S. Supreme Court over the Environmental Protection Agency’s new rule limiting mercury emissions from power plants, a big question was how Chief Justice John Roberts would rule.

It’s well known that the Roberts court has been the most pro-business court since the 1940s, and two of the parties challenging EPA’s Mercury and Air Toxics Rule are among the nation’s largest industries — mining and electric utilities. But Roberts has surprised court watchers lately by supporting environmental protections.

The Constitutional Accountability Center, a D.C.-based think tank, recently analyzed Roberts’ record 10 years of serving as Chief Justice, with a close look at his environmental law record. The CAC concluded that Roberts:

[H]as consistently voted against stronger environmental protections in the most controversial cases involving environmental interests. Last Term, though, he joined two big decisions that were environmental wins. With another significant environmental case on the Court’s docket this Term—and more sure to come in the near future—Roberts will no doubt have additional opportunities to weigh in on the meaning and proper application of the Nation’s environmental laws. While it seems very unlikely that Chief Justice Roberts’s record in environmental law cases will end up being good, his vote still shouldn’t be counted out.

Sounds like on this, one, though, you can count his vote out. According to SCOTUSblog reporter Lyle Denniston, the Chief Justice “went from somewhat skeptical to openly critical” of the EPA during the oral arguments. Specifically, Denniston wrote, Roberts “bore down on the agency’s failure” to properly consider how much it would cost these industries to carry out the requirements under the new mercury rule – something that is required under the Clean Air Act.

The EPA finalized the rule in 2012, placing a national limit on mercury emissions from power plants. Why is that significant? Here’s the Sierra Club’s Beyond Coal Campaign director, Mary Anne Hitt, in an op-ed published in Grist:

As the mom of a young daughter, I know that mercury pollution is of special concern to families, because babies exposed to high levels of mercury in the womb are at higher risk of lifelong developmental problems including lowered IQ, learning disabilities, and delays in walking and talking. Mercury exposure is so widespread that, according to EPA studies, at least 1.4 million American women of childbearing age have enough mercury in their bodies to put a fetus at developmental risk.

The National Congress of American Indians also testified to harms of mercury pollution on tribal lands in an amicus brief it filed in support of EPA:

Nonetheless, the mining and electric utilities industries sued the EPA, along with 21 states, to stop the new regulations from going into effect, citing the financial concerns. A D.C. Circuit Appeals court upheld the EPA’s rule in April last year, but the industries appealed the ruling.

In the Supreme Court, Roberts sounded more concerned about the financial health of the companies. His critical examination of EPA’s discretion in determining when finances should be considered made it more doubtful that he would side with the agency.

That said, the Constitutional Accountability Center came out of the hearing somewhat optimistic. One of its lawyers, Tom Donnelly, (who also writes for Grist) was at the hearing and made the statement afterward:

The Solicitor General and industry respondents did an effective job in explaining how the EPA’s mercury pollution rule is consistent with the Clean Air Act’s text and structure, and also how the EPA reasonably accounted for costs in its final rule, excluding them when deciding whether to regulate toxic pollutants, but taking them into account when setting the emissions standards for these pollutants.

Helping the case is the fact that the Supreme Court justices understand that most of the industry is already working in compliance with the new mercury rule. According to an amicus brief filed by a group of air pollution control experts, “[N]early 70 percent of total coal-fired capacity was either in compliance with the MATS or already had plans in place to achieve compliance at the end of 2012.”

Nonetheless, the decision could go either way. If Roberts can, in fact, be counted out, the case may be decided by Justice Anthony Kennedy, who appears to be the lone swing vote on this case. Denniston reports that Kennedy started out in the hearings in deference to EPA. However, he seemed perturbed upon learning that EPA had decided to factor in the business costs of the mercury regulation only after the agency determined a need to regulate mercury.

“At that point, the game is over,” said Kennedy.

That’s weird, because Congress authorized the EPA to regulate mercury under the Clean Air Act amendments way back in 1990. The agency didn’t get around to it until 22 years later. Meanwhile, millions of women and children lived with mercury emissions, along with other forms of pollution. At what point was it game over for them?

The high court is expected to rule on the case later this year.