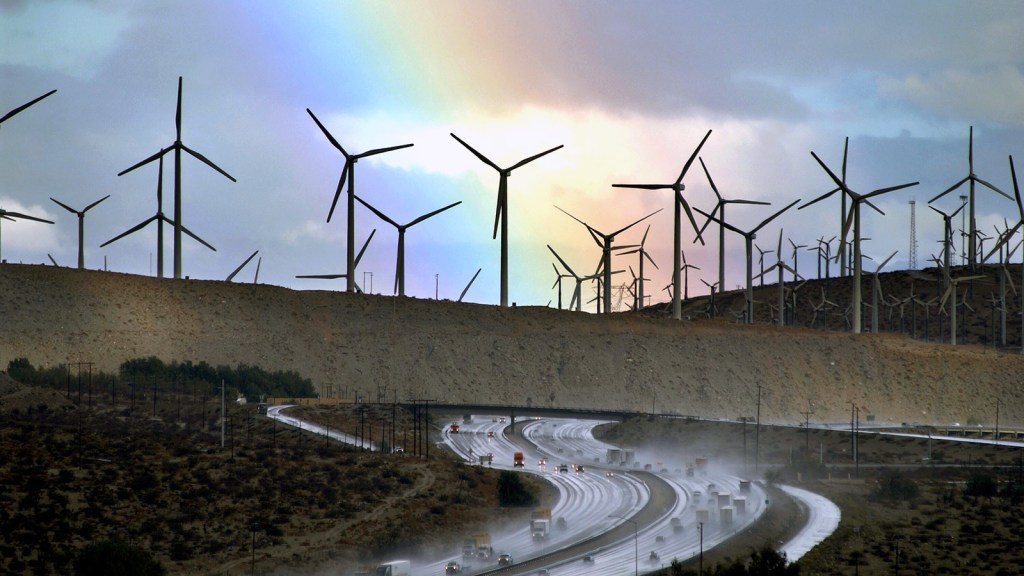 California is one giant experiment in combating climate change. The state is trying all sorts of policies to choke off emissions in time to hit a series of ambitious, self-imposed goals. If it is successful, the other 49 states will have a model as they find their way.

But California is not on track to meet its 2030 benchmark. To reduce state-wide emissions to 40 percent below the 1990 level, as enshrined in law, California needs to double the rate at which it is cutting carbon.

That’s according to a new report from Energy Innovation, an environmental think tank. Despite that discouraging start, the report suggests that California could still meet its goals without breaking too much of a sweat, by making a handful of policy changes: things like more renewable energy, more electric cars, and a higher carbon price. You can read the full rundown here.

How much would all this cost? Nothing. Energy Innovation calculates that these changes would save Californians $7 billion over the next decade, mostly by reducing the gas, oil, and other fuels they have to buy. If you include savings from averted social costs — like pollution-triggered asthma and climate-related disasters — the windfall increases to $21 billion.

Is this too good to be true? Chris Busch, one of the authors of the report and Energy Innovation’s research director, acknowledged that these findings cut against many people’s understanding of basic economics. That is, if there’s $7 billion to be made by reducing pollution, the market should have figured out how to do that already. But, he said, “the whole field of environmental economics is about market failure.” And the state can step in to correct those failures.

For instance, it’s now often cheaper to install a single electric heat pump (which does both heating and cooling) than a separate furnace and air conditioner. But many builders don’t know that yet: “People are creatures of habit, there’s a lot of inertia in the system,” Busch said. So, if California pushes contractors to install advanced heat pumps in every new building by 2030, it would both save money and reduce pollution, according to the report.

Similarly, Californians would save money on fuel if the state required 80 percent of new vehicles sold in 2030 to be electric cars, as Energy Innovation proposes.

Not everything is a win-win. Requiring more energy to come from solar panels and wind turbines would cost money. So would slashing the carbon produced while making cement. At some point we are going to have to figure out how to make concrete in a way that doesn’t spew greenhouse gases, and creating a market for these next-generation building materials is going to cost more than it saves, at least at first.

Busch referred doubters to recent history. Though some pundits scoffed when California set its greenhouse gas reduction goals for 2020, he noted, “we hit the numbers four years early and had one of the strongest economies among major industrialized economies.”

Major advances in renewable energy technology and LED light bulbs helped California hit that 2020 goal. Breakthroughs in battery and electric car technology could do the same for the 2030 goal, he said.