Don't be April fooled, Google did not just swear off funding climate deniers 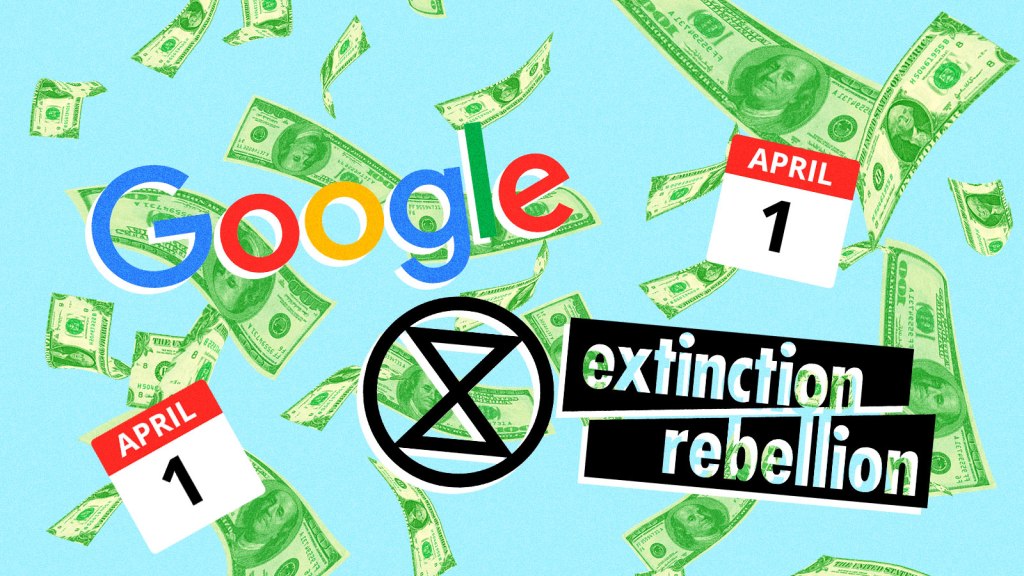 Don’t be April fooled, Google did not just swear off funding climate deniers

Congratulations! After an approximately 4 billion year–long March, we’ve made it to April 1st. Under normal circumstances, this day would be filled with jolly fun, like cars covered in plastic wrap, sugar in the salt shaker, fake product launches, and of course, the infamous annual Google prank.

But after days or weeks of being shut in our homes, washing our hands to oblivion, eyes glued to charts and maps showing the coronavirus spreading around the country and the number of cases and deaths ticking upward, pranks don’t have much appeal right now. Out of respect for the essential workers who are risking their lives to get us through this, Google officially called off its annual joke.

But it did appear to make a big announcement today. A very convincing statement from CEO Sundar Pichai appeared at the address agreenergoogle.com today, with an exciting message: The company will stop funding climate change deniers.

“In lieu of our normal April Fools’ joke, today we’re getting serious,” it says. The site goes on to list eight organizations that Google has funded or otherwise worked with that have opposed measures to fight climate change like the Paris Agreement and Obama’s Clean Power Plan. It includes an apology for “putting profits over the planet” and for stalling on changing its ways for so long. COVID-19 has forced the company to reckon with the perils of ignoring science, it says.

Sigh, if only that were the case. The site is a prank put out by the New York City arm of the climate protest group Extinction Rebellion. While not everyone will appreciate the group using a global health crisis to further its mission, the message is more sobering than funny. There are more truths on the page than jokes: Google has made substantial contributions to major climate deniers in Washington, including the eight groups listed on the site. It has also been criticized by its own workers for not doing enough to cut its carbon footprint. Despite being a carbon neutral company, the company’s operations still run on fossil fuels, which it makes up for by buying renewable energy and carbon offsets.

As the prank highlights, Google’s funding of climate denial is dangerous. We’re now experiencing something similar to the climate crisis but at “warp speed” and seeing the fatal consequences when people in power fail to heed scientists’ warnings and then downplay the seriousness of a global public health threat. Dumb April Fools’ Day jokes aside, misinformation kills.