'Misinformation kills': The link between coronavirus conspiracies and climate denial 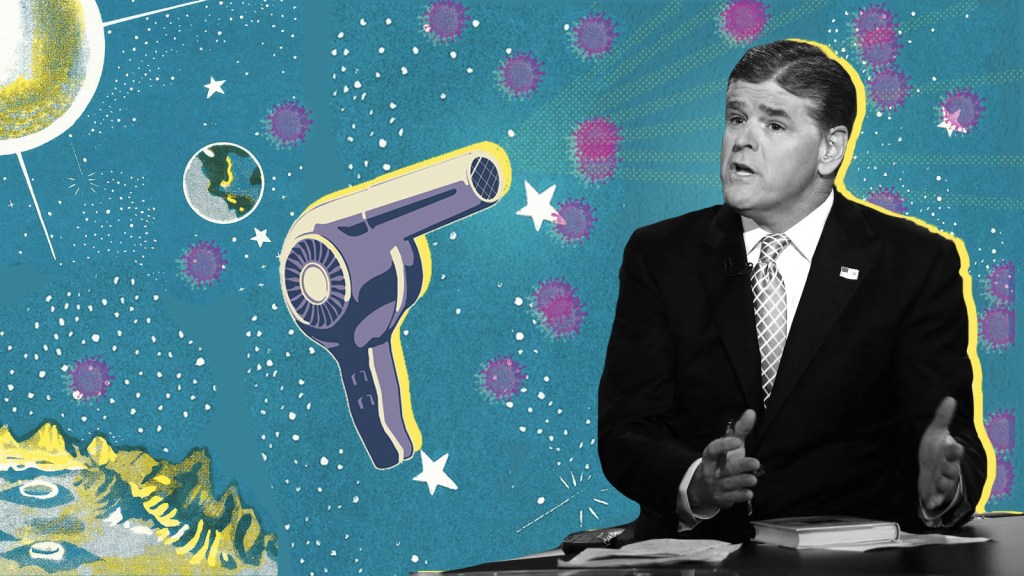 ‘Misinformation kills’: The link between coronavirus conspiracies and climate denial

Scientific warnings are being ignored, misinformation is spreading, and prominent Republicans have said that addressing the problem is either too expensive or too difficult. No, this isn’t climate change: This is the new reality of the novel coronavirus, the deadly pandemic sweeping the planet.

Over the past several weeks, as global cases of COVID-19 have climbed to over 500,000, conspiracy theories and fake news have also been on the rise. On Monday a man died after ingesting chloroquine phosphate, an ingredient in an anti-malarial drug that President Trump had heralded as a coronavirus cure.

Meanwhile, the website Snopes has been forced to scale back its fact-checking work in response to the overwhelming number of fake stories around the pandemic. (Some disturbing highlights: claims that the coronavirus was released by world governments to distract from a planet-ending doomsday asteroid, or that breathing hot air from a hair dryer can kill the virus.)

But these wild conspiracy theories hide a larger problem: widespread skepticism about the severity of the crisis. President Trump downplayed the risk of the virus for months, saying the situation was “very much under control” and that the pandemic would go away by April. Anchors on Fox News initially denied that the coronavirus was a significant threat, calling concerned scientists and policymakers “panic pushers” conspiring to take down the president. Sean Hannity referred to it as “a new hoax.”

Evidence shows that such spreading of misinformation can put more people in danger. According to a working paper released last year, when public figures dismissed warnings of destruction posed by oncoming hurricanes, people were less likely to evacuate.

Similar dismissals of the coronavirus pandemic might be swaying how some states respond. Twenty-four states have yet to close non-essential businesses, including traditionally “red” states like Texas, Nebraska, and Wyoming. Phone data has also revealed that residents of red states are less likely to be practicing social-distancing measures. Meanwhile, at conservative Liberty University in Virginia, students are being invited to return to campus this week, even as other universities around the country lock down. And, according to polls, Republicans are more likely to say that the media is exaggerating the crisis, and less likely to be “extremely concerned” about the pandemic.

America has officially gone berserk.
Concern about #COVID19 is now partisan: Democrats fear the #pandemic, Republicans think the #coronavirus is no big deal.
This is not science.
This is "belief" – as in, "I believe it's ok right now to party hearty at a beach kegger." pic.twitter.com/7bYt8tfFqH

This type of partisan scientific divide isn’t new. Stephan Lewandowsky, professor of psychology at the University of Bristol in England, argues that coronavirus denial is similar to climate change denial. It’s also perpetuated by the same cast of characters. “Online, some of the ‘professional’ climate deniers are also now professional downplayers of COVID,” he said. “They perceive it as a threat, in the same way that climate change is — not just to the economy, but also to the way in which the economy operates.”

Lewandowsky thinks that certain political views can drive rejection of scientific evidence. People who champion individualism, idolize the free market, or take an anti-big government stance may find it easier to downplay the severity of these crises than to imagine a world in which economically devastating work stoppages — or even carbon taxes — are required.

John Cook, professor of cognitive science at George Mason University, argues that social identity also play a role. “In the case of climate change, several studies have found that ‘elite cues,’ or just cues from political leaders, are one of the biggest drivers of changes in attitudes,” he said. That is, if President Trump downplays the risk of climate change or the coronavirus, his supporters and an entire media ecosystem are likely to follow close behind.

For a brief moment last Monday, it seemed as though these “elite cues” from members of the Republican party might be about to shift. A more somber President Trump spoke to reporters encouraging social distancing and limiting gatherings of more than ten people. On Tuesday, however, he switched tack, arguing that the country should reopen “by Easter” and implying that the coronavirus was no more dangerous than the seasonal flu. “It’s like partisanship was knocked back a little bit, but it rallied,” said Cook.

There are some things that societies can do to combat misinformation and conspiracy theories. Cook and Lewandowsky both recommend “inoculating” people by teaching them to look out for some of the hallmarks of faulty thinking. But once falsehoods catch on, the best move is to combat them quickly. And here coronavirus may have a bit of an edge on the seemingly distant problem of climate change.

“There’s just much more immediacy to this issue, compared to climate change,” said Cook, who has seen fake news around the virus getting debunked relatively swiftly. “Members of the public are pushing back against it strongly. People realize now that misinformation kills people.”