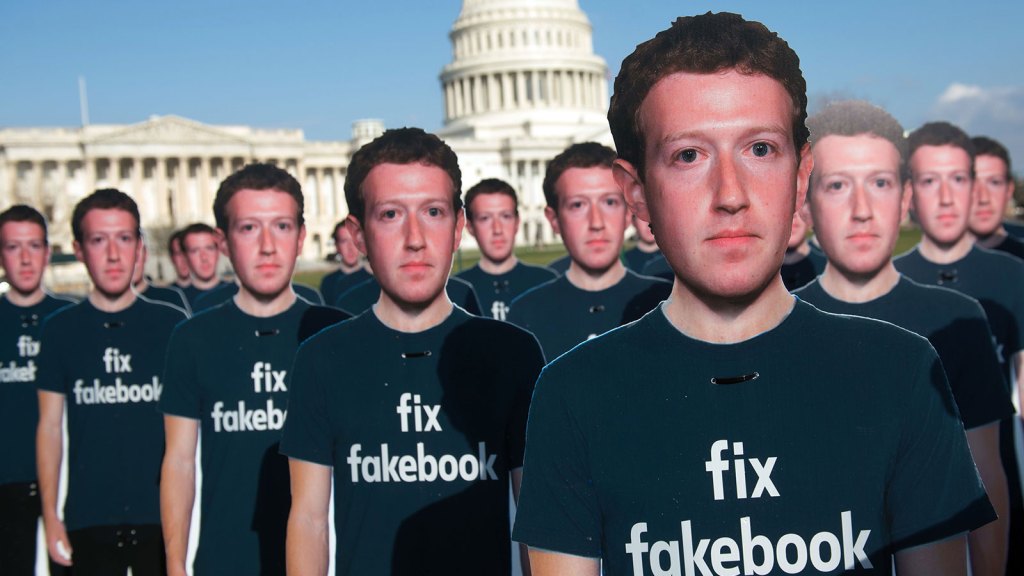 Those of you still using Facebook (maybe your parents?) may have noticed a new feature when you logged on to the platform Tuesday: a climate information hub. That’s right — the same social platform that helped bring you QAnon, anti-vax influencers, and a zillion conspiracy theories about a “rigged election” in 2020, is now dipping its toes into the fight against climate misinformation.

“Is this a joke?” wrote journalist Brian Kahn for Gizmodo. “The whole thing is a giant hand-wave to distract us from looking at the real solutions to climate change and the role Facebook is playing in corroding them.”

Facebook rolled out its “Climate Science Information Center” on Tuesday morning. According to the company’s press release, the center will provide users with “science-based” facts, figures, and data about climate change. The company says the information will come from major scientific bodies like the Intergovernmental Panel on Climate Change and the World Meteorological Organization, and will include “actionable steps people can take in their everyday lives to combat climate change.”

Facebook’s new climate feature is similar to other information hubs that Facebook has rolled out in the past few months, including one on the coronavirus, and another with voting information. “We are hopeful this climate science information center will be very effective,” said Facebook Vice President of Global Affairs and Communications Nick Clegg to NPR. “And our experience with the COVID information hub is that there is a real appetite for people to find out more for themselves.”

The reactions from several environmental activist groups, however, have been less optimistic. Just hours after Facebook announced its climate hub, though, the company drew heavy criticism from environmental organizations, who said it was too little, too late. In a joint statement, groups including the Sierra Club and Friends of the Earth called it yet another “half measure,” arguing that the climate hub represents “a small step forward but does not address the larger climate disinformation crisis hiding in plain sight.”

For example, critics pointed out that the new hub will do nothing to address Facebook’s “climate loophole,” which allows climate denial groups to amplify false information by labeling it as “opinion” content. That’s what happened in September 2019 when the CO2 Coalition successfully lobbied Facebook to remove restrictions on a story from the Washington Examiner containing “inaccurate information and cherry-picked datasets.”

In its press release, Facebook said it would continue to flag and reduce the distribution of content that its independent fact checkers deemed to be false, but the company didn’t say it would delete the inaccurate content.

The problem is, that strategy to fight fake news doesn’t have a great track record. This is the same policy that, just a few days ago, allowed an article baselessly claiming that “antifa” started the West Coast wildfires to be shared more than 71,000 times. (Facebook eventually deleted the post.)

Genevieve Guenther, founder of the nonprofit End Climate Silence, also criticized Facebook’s climate hub for peddling lifestyle solutions to the climate crisis. “The ‘solutions’ proposed in the information center are taken right out of the current fossil fuel playbook,” she told Gizmodo. “They are exclusively inadequate individual actions like recycling, turning off the lights when you leave the room, wearing your clothes longer, etc.”

If the company really wanted to address climate change, Kahn added, it would educate users on the need to curtail the power of Big Tech and Big Oil, or remind people that just 100 companies are responsible for 71 percent of emissions.

For now, climate activists remain largely unimpressed. “Supplying facts is necessary but insufficient in our fight against misinformation,” tweeted John Cook, a research assistant professor at the George Mason University Center for Climate Change Communication. “To adequately deal with the problem of climate misinformation, Facebook should proactively stop disinformation spreading on their platform.”