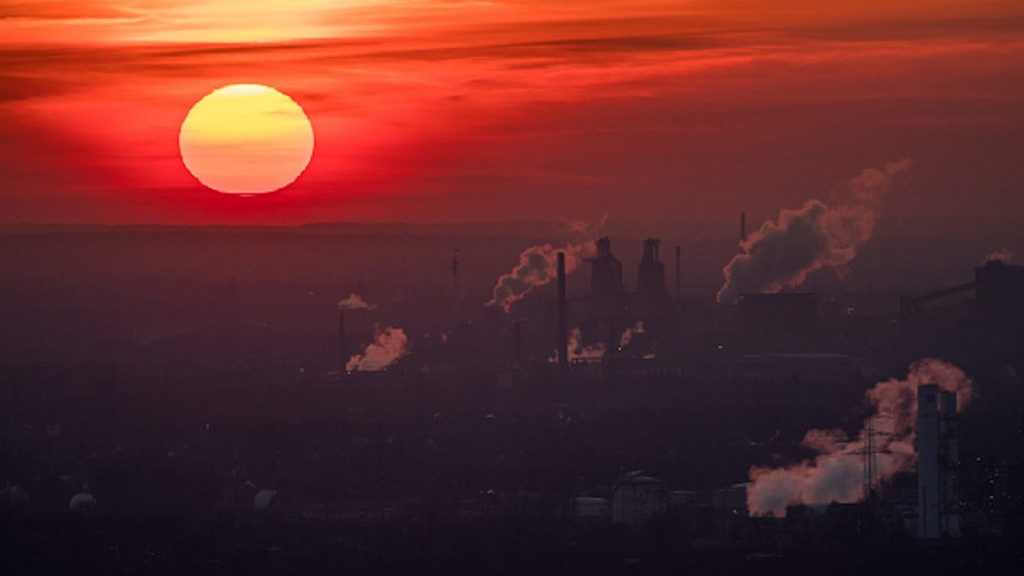 The world may be barreling towards climate disaster but rapidly eliminating planet-heating emissions means global temperatures could stabilize within just a couple of decades, scientists say.

For many years it was assumed that further global heating would be locked in for generations even if emissions were rapidly cut. Climate models run by scientists on future temperatures were based on a certain carbon dioxide concentration in the atmosphere. If this remained at the current high level there would be runaway climate disaster, with temperatures continuing to rise even if emissions were reduced because of a lag time before greenhouse gases accumulate in the atmosphere.

But more recent understanding of the implications of getting to net-zero emissions is giving hope that the warming could be more swiftly curtailed.

More than 100 countries have pledged to get to net-zero by 2050, which means they will emit no more carbon dioxide than is removed from the atmosphere by, for example, restoring forests. The U.K., Japan, and the European Union have set this net-zero target and will soon be joined by the U.S. under Joe Biden’s new administration.

Should this be achieved globally, “surface temperatures stop warming and warming stabilizes within a couple decades,” said Michael Mann, a climate scientist at Pennsylvania State University. “What this really means is that our actions have a direct and immediate impact on surface warming. It grants us agency, which is part of why it is so important to communicate this current best scientific understanding.”

Scientists have now factored in the dynamism of the Earth’s natural systems, whereby stopping emissions would actually see atmospheric CO2 content go down due to the huge carbon absorption capacity of oceans, wetlands, and forests. Mann likens it to filling up a sink with water with the drain partially open – the water level will still rise due to the incoming water but if you reduce the water flow it will drop due to the drain remaining open.

“This falling atmospheric CO2 causes enough cooling to balance out the warming ‘in the pipeline’ due to slow ocean heat uptake, and global temperatures remain relatively flat after net-zero emissions are reached,” said Zeke Hausfather, a climate expert at the Breakthrough Institute. “The main takeaway for me is that this is good news, because it means that how much warming happens this century and beyond is up to us.”

The disastrous present-day trajectory of the world’s climate has been highlighted by a new paper that shows the world is committed to more than 2 degrees C (3.6 degrees F) of heating compared with the pre-industrial period based on current atmospheric compositions of greenhouse gases. The world has already heated up by 1.1 degrees C (1.98 degrees F) in this time and governments have committed to restraining the rise to 1.5 degrees C (2.7 degrees F) to avoid punishing heat waves, flooding, mass displacement of people, and other calamities.

The paper on “committed warming” appears to spell doom for the goals of the Paris climate agreement, as well as for millions of people in vulnerable parts of the world, but the authors point out that cutting emissions would slow the pace of this temperature rise, potentially spanning centuries.

This would give civilization time to adapt to the changes or come up with technological fixes. “At the moment we are changing the temperature a hundred times faster than what happened in the last ice age,” said Andrew Dessler, a climate scientist at Texas A&M University and co-author of the paper, published in Nature Climate Change. “An extra degree in a few hundred years is far less damaging than a degree in a few decades. The timescale is important.”

Dessler said he believed there could still be some warming even under net-zero emissions but that the goal of decarbonization was vital. “The problem is still very severe, we need to reduce emissions as fast as possible and we will deal with committed warming afterwards,” he said.

Joeri Rogelj, a climate lecturer at Imperial College London, said he was confident if the world became net-zero in the coming decades it would be possible to remove further CO2 from the atmosphere to push down on escalating temperatures. But he added that “bending the global emissions curve on to a global trajectory towards net-zero is really the first and foremost task we have to tackle with great urgency.”