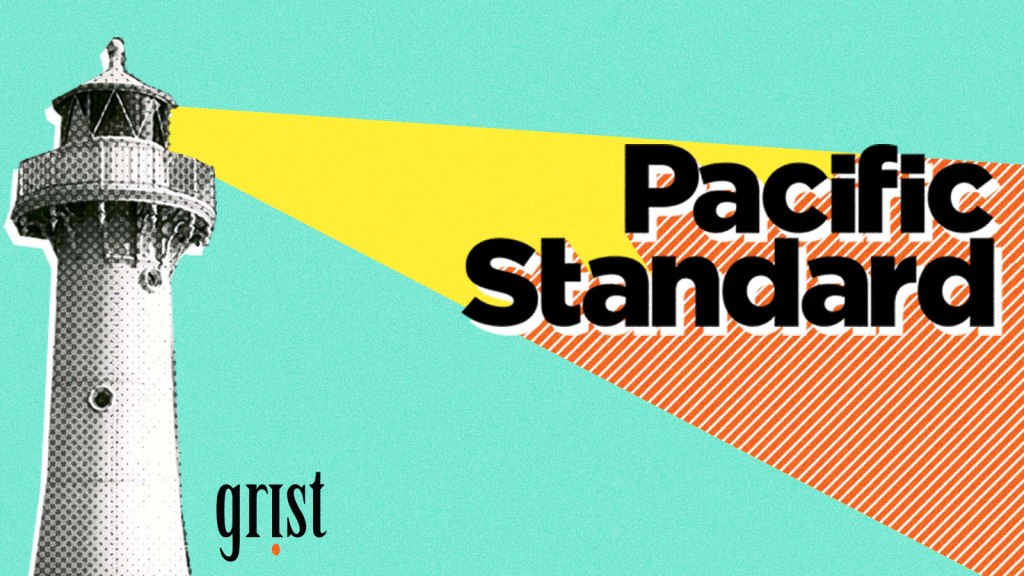 Letter from our CEO

The past week has been extraordinarily painful in the midst of what was already a very challenging time. Within journalism and the media industry, the past few months have also been undeniably turbulent. But I’m pleased today to share some hopeful news.

After several months of conversation, Grist has acquired Pacific Standard, a nonprofit publication that for more than a decade published award-winning work on social and environmental justice — topics that are also core to the work Grist does every day.

Many of you may know Pacific Standard, which closed unexpectedly last year, for its exceptional narratives, ambitious photography, and rigorous reporting.

As its readers and fans know, Pacific Standard played an invaluable role in the ever-evolving digital media landscape, and cultivated a loyal, informed readership who looked to the publication for hard-hitting and impactful long-form journalism that encouraged its readers to think about how society works, and how it could work for the better.

The events of the past week only deepen Grist’s commitment — since launching the nation’s first environmental justice desk two years ago — to reporting on the intersections of current and historic racism and the environment. One of the many reasons we were pleased to take on the Pacific Standard’s archives and brand is its long history of reporting on social justice and race.

Over its 13-year history, Pacific Standard earned two National Magazine Awards, for public interest journalism and feature photography, among many other well-deserved accolades. And just last month, a fantastic investigation called “The Young Hands That Feed Us,” which ran last July and told the story of undocumented children in U.S. agriculture, was named a finalist for a 2020 James Beard Award for Investigative Reporting.

Pacific Standard’s shutdown last year was a real loss felt across the media industry and far beyond.

When Grist learned of the closure, we wondered what would happen to the more than 20,000 stories published over the magazine’s lifetime, and how we — as a fellow traveler in nonprofit journalism — could help ensure those stories would continue to be accessible and available in the public domain. The content collected at psmag.com reflects years of work by a community of incredibly talented reporters, editors, photojournalists, and creatives. It holds immense value to the public in a time when journalism — especially the deep, longform, heavily fact-checked kind Pacific Standard was known for — is more critical than ever.

With this acquisition, Grist is committing to keep Pacific Standard’s archives accessible and in the public square.

Nearly a year after it published its last piece of content, Pacific Standard is — incredibly — still reaching nearly a million readers per month. And it continues to be widely cited and referenced, both elsewhere in journalism and in many academic texts and curricula across the country. Its enduring readership speaks to its continued relevance and impact in our society, and we’re delighted to help ensure those stories can continue to be read— and that those who contributed to the outstanding work can continue to point people toward it.

For those of you who follow Grist, you’ve been with us as we’ve strategically expanded our work and audience over the past few years, maturing toward a position where we can make a commitment like this one.

We’ve strengthened our editorial team significantly under the leadership of Executive Editor Nikhil Swaminathan. We’ve also launched a new program called Fix. Led by Lisa Garcia, it focuses on the emerging leaders who are innovating solutions to bring about a more sustainable, just future. And two weeks ago, we were thrilled to welcome Christian Skotte to Grist as Director of Innovation & Growth. (He was most recently the Co-Director and Head of Digital at Science Friday.) We feel honored and excited to have a strong track record of independent, nonprofit journalism as well as the right personnel in place to steward Pacific Standard into the future.

In the near term, our commitment is to keep Pacific Standard’s work available and accessible for free to the public. You will continue to be able to find all the stories produced over the years on psmag.com. We’ll be sharing more plans in the coming months.