Oil and gas get emojis. Why not wind power? 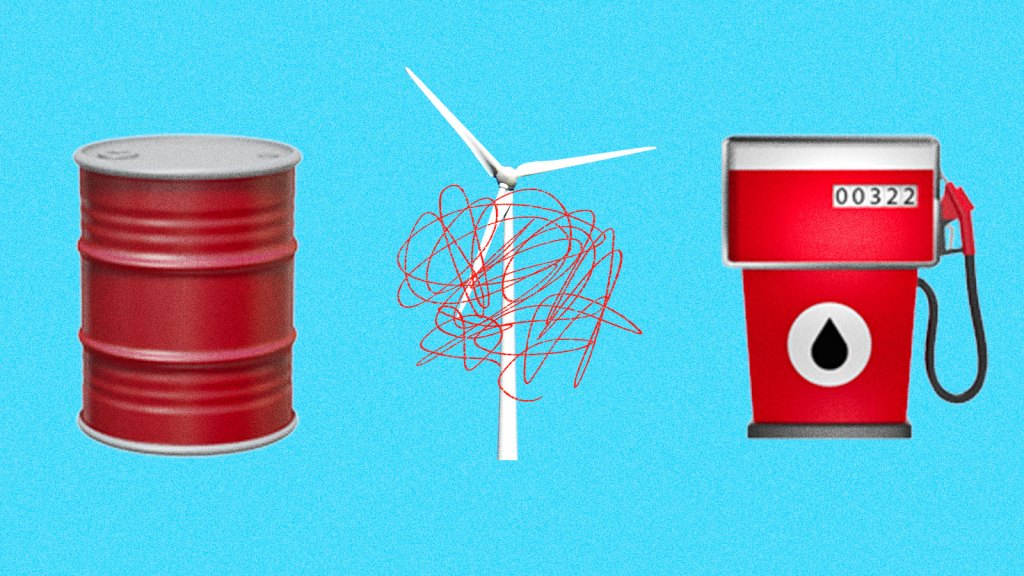 Oil and gas get emojis. Why not wind power?

Scroll through all the emojis on your phone, and you’ll find a gas pump, an oil drum, and … zero sign of clean energy.

Some people in the United Kingdom decided to do something about it. Possible, a British climate charity, teamed up with RenewableUK, a wind power trade association, to submit an application for a wind turbine emoji.

So who are the keepers of emojis? That would be the Unicode Consortium, a tech committee that standardizes text symbols and oversees emoji additions. (Basically, these are the folks making sure that when you type an apostrophe, it doesn’t show up on someone else’s computer as something like &#39 instead.) Because emojis are never deleted, the group has some high standards and pretty intense rules for new submissions. Applicants have to demonstrate that the image will still be easy to make out even when it’s tiny, that the same idea can’t be expressed using existing emojis, and that there is “substantial evidence that a large number of people will likely use this new emoji.”

In the end, the Unicode Consortium rejected the application for the wind turbine. As Possible explained in a tweet thread on Monday, the committee was already considering a windmill emoji, and reportedly argued that a wind turbine icon would be “too similar” and would “essentially duplicate most of the reasons for adding a wind energy device.”

“It’s fair to say we were quite perplexed by their decision 🤔,” Possible wrote.

The Unicode Consortium started adding emojis to the world’s supply about a decade ago, when it became clear that the little text illustrations that began in Japan weren’t a fad but a fast-growing worldwide phenomenon. An estimated 10 billion emojis are now sent every day. Artists, renewable energy companies, and organizations like Possible argue that the climate crisis should get more of a consideration.

According to Emojipedia, an emoji reference site, the gas pump emoji was added in 2009, and the oil drum emoji in 2014. There’s a factory emoji (circa 2015), often portrayed with clouds of smog coming from its smokestacks. While there are some symbols connected with the environmental movement — including a recycling symbol, trees, and of course, Planet Earth — there’s nothing that really screams “climate change.” The closest thing is arguably a cyclone symbol.

Of course, emojis were never really intended to cover every area of communication, which is why you can’t always find the symbol you’re hunting for. “The problem here is that emoji were added through a hodgepodge of historic compatibility and individual request, not designed as a systemic attempt to cover all areas of semantic space,” Gretchen McCulloch, an internet linguist, writes in the book Because Internet.

There have been other efforts to fill the climate-shaped hole in emoji-land. In 2018, two artists, Marina Zurkow and Viniyata Pany, released Climoji — a series of mobile stickers about climate disasters. They drew symbols of a drowning hand reaching out a whirlpool and a tree bursting into flames, among other fun stuff. “I’m hoping that people will be able to use these as a kind of invitation to a conversation,” Zurkow told the Verge at the time. Since then, Climoji has added a less depressing “resilience set” available for download, which has stickers for eating plants (a fork digging into a plate with green leaves) and compost (a worm circling an apple core in the dirt). The U.K. company EDF energy has also released a set of renewable energy emojis available for download, featuring a carbon footprint symbol and multiple versions of solar panels and wind turbines.

But unless Unicode approves any symbols like these, the masses will be stuck texting about climate change with good old-fashioned words, illustrated by the occasional cyclone or fire symbol. Cue sad face.