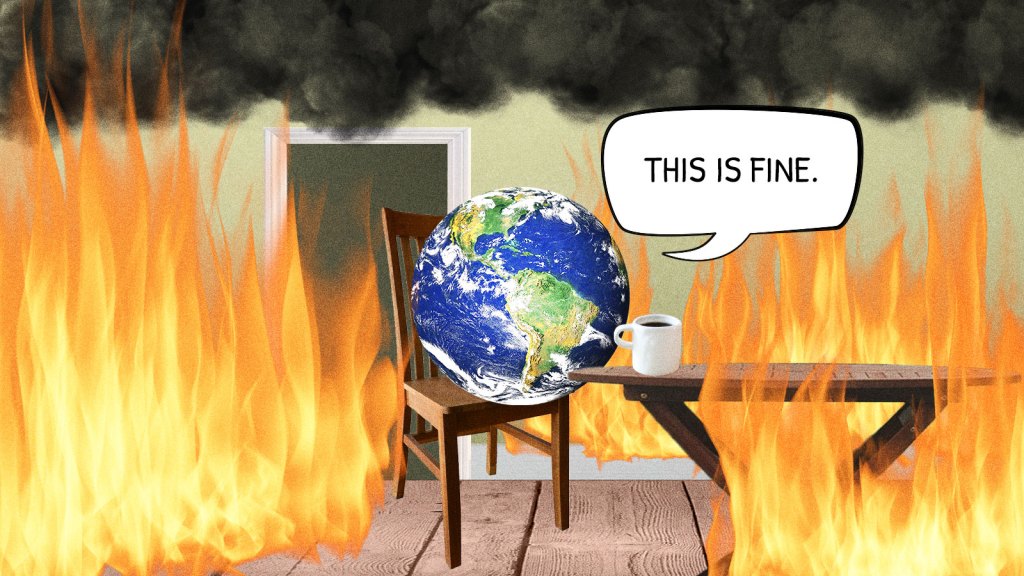 This year has been hell on earth, in more ways than one. Catastrophic blazes have spanned the planet from Australia to the Arctic, and wildfires have torched large swaths of the western United States, all fulfilling forecasts much faster than scientists had predicted. It’s as if the wildfires of 2050 are already here.

California’s wildfire season is far from over, and it has already scorched 4 million acres of land, more than twice the previous record. A spokesperson for the California Department of Forestry and Fire Protection called the milestone “unfathomable.” It echoes the disaster in Australia earlier this year, which researchers called “a fiery wake-up call for climate science.”

People are breaking out new terminology to describe the disaster. On Monday, the August Complex fires — a collection in northern California that recently merged — scorched 1 million acres, becoming the state’s first gigafire in modern history. And you thought megafires (which burn more than 100,000 acres) were bad.

Scientists didn’t predict fires of this scale until between 2040 and 2060, said Matthew Hurteau, an associate professor at the University of New Mexico who studies fire in the Sierra Nevada mountain range.

I've had tightness in my chest for 8 weeks. Not because I've had family evacuated or fire threatening my res. site, but because our simulations are wrong. We projected big fires for sure, but later this century. Climate impacts are happening faster than we thought they would.

Climate scientists’ predictions tend to be pretty conservative, so the record-breaking fire season could force a reckoning. After all, if this is what fires look like now — thanks to the future showing up 30 years early — it’s time to rethink forecasts. The blazes are already changing some projections for California, Hurteau said.

So why were the estimates so far off? One explanation is that scientists work with data that already exists, and the evidence simply didn’t support the prospect of such gigafires, until now. That’s not to say that scientists thought it was out of the question.

“What comes out of the peer review process is reined in from what some of us think is going to happen,” Hurteau said. “Everybody I know who works on climate-related stuff has had conversations about how we think it’s worse than our research shows.”

Contrary to claims that they are “alarmist,” scientists actually tend to underestimate the effects of the climate crisis. A 2012 paper, for instance, found that scientists’ projections downplayed the risks of the potential disintegration of the West Antarctic ice sheet. The authors suggested that this tendency to underestimate future changes comes out of pressure to appear balanced and objective.

Wildfires are hard to predict, from the conditions that fan their flames to how and where they’ll ignite. Peering into the crystal ball is already hard enough without having to account for complicated factors like rainfall, wind speed, land cover, and local topography.

Hurteau thinks there’s “a clear climate signal” in the destructive fires we’ve seen across the globe in recent years. When the atmosphere warms, he explained, it sucks moisture out of the land, drying out trees and shrubs and making them more flammable. Of course, forest management is also a factor. Before settlers took over the Western U.S. and started suppressing fires, indigenous peoples used small burns to prevent runaway fires.

“When you take that buildup of fuel and then you make it more available to burn by turning up the thermostat and drying it out more, that’s the recipe for big fires,” Hurteau said.

What’s different, and what he finds especially worrying, is that some fires in California are burning through areas that just burned a couple of years ago, such as the LNU Lightning Complex, a series of fires that scorched much of Wine Country in northern California this fall. “Basically, fire having just occurred within the recent past may not be as much of an impediment to subsequent fires occurring as we thought it might,” Hurteau said.

To make fires less destructive, Hurteau suggests that local governments need to change codes to make buildings less like fuel for flames. Mandating that roofs are made with flame-resistant materials can prevent homes from combusting when embers land on them. And especially in drought-ridden places like California, Hurteau said, “we’ve got to get managed fire back into these ecosystems.”

Then, of course, there’s the matter of global greenhouse gas emissions. “I hope that people are starting to wake up to the fact that we’ve got a period of time when we need to act pretty quickly,” he said.