Report: Environmental agencies are violating civil rights laws — and the EPA is letting them 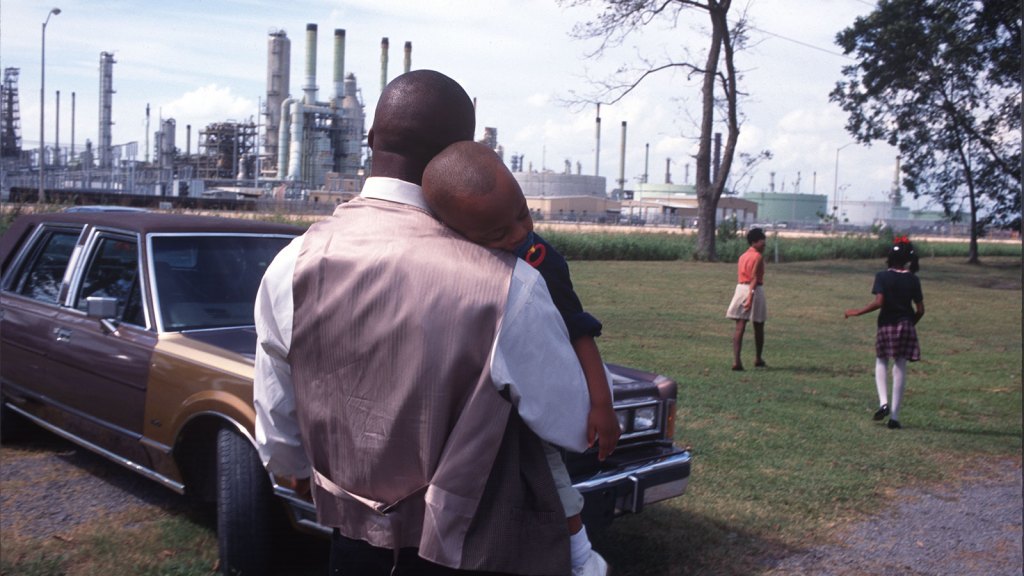 Report: Environmental agencies are violating civil rights laws — and the EPA is letting them

In the early 1990s, the Michigan Department of Environmental Quality held a series of public hearings to consider whether or not to grant a permit to the Genesee Power Station, a wood-burning facility that was to be built in a low-income, predominantly Black neighborhood in Flint. The hearings were supposed to be an opportunity for the community to weigh in on the effects that the resulting pollution would have on their neighborhood, but the agency held the hearings 65 miles away, had armed guards present when speakers testified, and prioritized white attendees over Black attendees. The permit was approved, and pollution from the facility later led to the Environmental Protection Agency (EPA) classifying it as a “significant violator” of environmental rules.

Flint residents submitted a complaint about the permitting process to the EPA, which is tasked with ensuring that state environmental agencies do not discriminate on the basis of race. (The EPA distributes $4 billion in federal funding to state governments and nonprofit groups every year, binding the recipients to federal civil rights laws.) The federal agency was supposed to complete an investigation into the complaint within 180 days.

Instead, it took 25 years. Not only that: The EPA’s finding that the Michigan agency treated African Americans “less favorably than non-African Americans” remains, to date, its one and only finding of discrimination.

The incident is a stark illustration of the conclusions of a new report from the agency’s Office of Inspector General, which examined the EPA’s enforcement of Title VI of the 1964 Civil Rights Act. According to the report, most state agencies are doing little to prevent discrimination on the basis of race, color, and national origin — and the EPA is not fulfilling its obligation to get them in line.

Rather than affirmatively assessing whether or not state agencies’ programs were nondiscriminatory, the EPA waited for complaints before investigating compliance, according to the inspector general. As of August, 43 states lacked at least one foundational element in a checklist of nondiscrimination criteria developed by the EPA. (The checklist requires, in part, that funding recipients post nondiscrimination notices in prominent locations in the office, that they provide language assistance services for those with limited proficiency in English, and that they hire a nondiscrimination coordinator.)

“Those procedural requirements are the baseline [at other federal agencies],” said Marianne Engelman Lado, director of an environmental justice clinic at the Vermont Law School. “Recipients are supposed to do that across the board. EPA sits passively waiting for complaints rather than actively requiring compliance with civil rights law. What this report confirms is that EPA needs to have an affirmative compliance program.”

James Hewitt, a spokesperson for the EPA, said that the agency’s civil rights compliance office had “improved” over the last few years “in order to create a more robust and responsive program.” He argued that the inspector general’s report did not account for steps in the right direction made over the last three years, including clearing what Hewitt called “overaged cases,” issuing a new strategic plan, improving timelines for responding to complaints, and increasing training.

Last week’s report is hardly the first time that the EPA has come under fire for accepting few civil rights complaints for investigation, spending years — and sometimes decades — resolving them, and almost never making findings of discrimination. According to a 2015 investigative project by the Center for Public Integrity, a nonprofit news organization, the agency dismissed 95 percent of complaints submitted.

The new inspector general report shows that these issues still have not been fully addressed. The EPA received 57 complaints of discrimination betwteen 2016 and March 2020 — and just 16 were accepted for investigation.

In 2015, community groups sued the EPA for taking unreasonably long periods of time to respond to complaints and missing regulatory deadlines. Engelman Lado, who was then an attorney with the nonprofit Earthjustice, represented the groups. A district court in California ruled in favor of the plaintiffs in 2018. Just last week the judge rebuffed the EPA’s objections to the court’s judgement, which once again requires the agency to meet the 180-day deadline for investigating complaints.

Engelman Lado acknowledged that the EPA has taken some steps to improve compliance with civil rights law, but she argued that it will take far more robust action to substantively address racial disparities in environmental outcomes.

“Communities have clamored for equal protection, and EPA has neglected its job,” she said.