The curse of 'both-sidesism': How climate denial skewed media coverage for 30 years 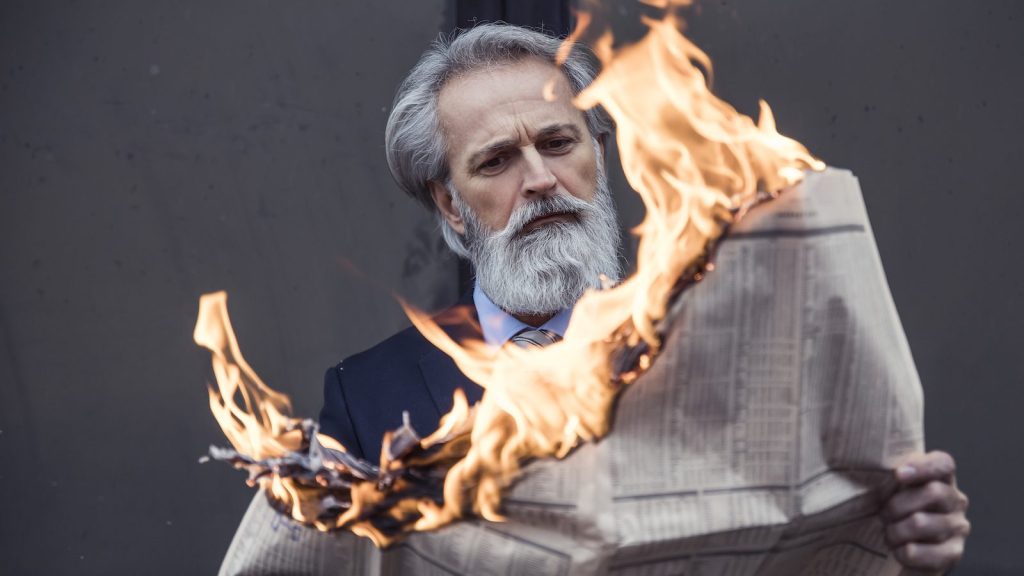 Ever wonder why Americans have been so slow to support climate action? A new study lays some of the blame on media bias —for 30 years, three of the country’s most influential sources of news gave too much credence to arguments that the world shouldn’t take decisive action to mitigate climate change.

“Opponents of climate action have been given an outsize opportunity to sway this debate,” said Rachel Wetts, the author of the study. Her results were published Monday in the Proceedings of the National Academy of Sciences.

Wetts analyzed 1,768 press releases from business, government, and social advocacy organizations from 1985 to 2013, categorizing them by their stance on climate action. She then ran the press releases through plagiarism detection software to see how often they were featured in the country’s largest-circulation newspapers: The New York Times, The Wall Street Journal, and USA Today.

She found that even though 10 percent of the press releases contained messaging against climate action — arguments like, “It would be too expensive to reduce greenhouse gas emissions” — 14 percent of them wound up in print. By contrast, the more prevalent press releases arguing for personal, corporate, or political action to tackle climate change were only covered 7 percent of the time. And the least-covered press releases came from groups with the most expertise on science and technology, such as the American Academy of Arts and Sciences and IBM.

Edward Mailbach, director of the George Mason University Center for Climate Change Communications, called these conclusions unsettling. “Rather than marginalize self-interested voices and give prominence to expert voices, these papers did just the opposite,” he said.

How to explain the results? Wetts said one reason for the imbalance might be tied to journalistic norms of objectivity, which reporters and editors often interpret as a need to give at least two sides to every story, no matter the science. She called this “false balance,” because it can put unsubstantiated opinions on the same footing as well-established facts. In the case of climate change, she said that the practice has lent legitimacy to those who deny climate change, leading readers to believe that denial is “more than a fringe stance.”

Previous research has suggested that this practice — also known as “bothsidesism” — began to decline in the mid-2000s. But Wetts’ analysis found no statistically significant change in coverage over the 30-year period of the study. She also said that the trend couldn’t be explained by excessive coverage of anti-climate press releases in the business-friendly Wall Street Journal. Claims that steps to curb carbon emissions would be too costly or undermine U.S. energy independence, for instance, also found favor in the liberal-leaning New York Times.

As climate denial falls out of fashion, what’s been called “climate delay” has taken some of its space. This is when people acknowledge the reality of climate change but seek to put off large-scale efforts to address it, sometimes redirecting responsibility for the climate crisis to consumers and emphasizing the downsides of urgent action.

Wetts scanned press releases for both climate denial and delay — anything that argued against climate action — regardless of whether they accepted the science.

“Maybe people are covering climate deniers somewhat less,” Wetts said, “but then they’re substituting in other conservative voices instead. They’re talking about people who are opposed to climate action for some other reason besides denying the science.”

Jennifer Marlon, a senior researcher at the Yale Program on Climate Change Communication, acknowledged that the media environment has changed since the mid-2010s — The New York Times in particular has ramped up its climate coverage — but she suspects that false balance continues to influence the national conversation. For instance, newspapers might be better at contextualizing opponents of climate action, explaining that their views are outside the mainstream. “But those arguments are still out there and are very much in play,” Marlon said.

Wetts called on researchers to investigate the effects of media skew on public policy. The messages amplified by the media “can dampen political will to act on climate change,” she said in a statement, “with potentially serious consequences for how we as a society address — or fail to address — this issue.”