The ties between the timber industry and extremists 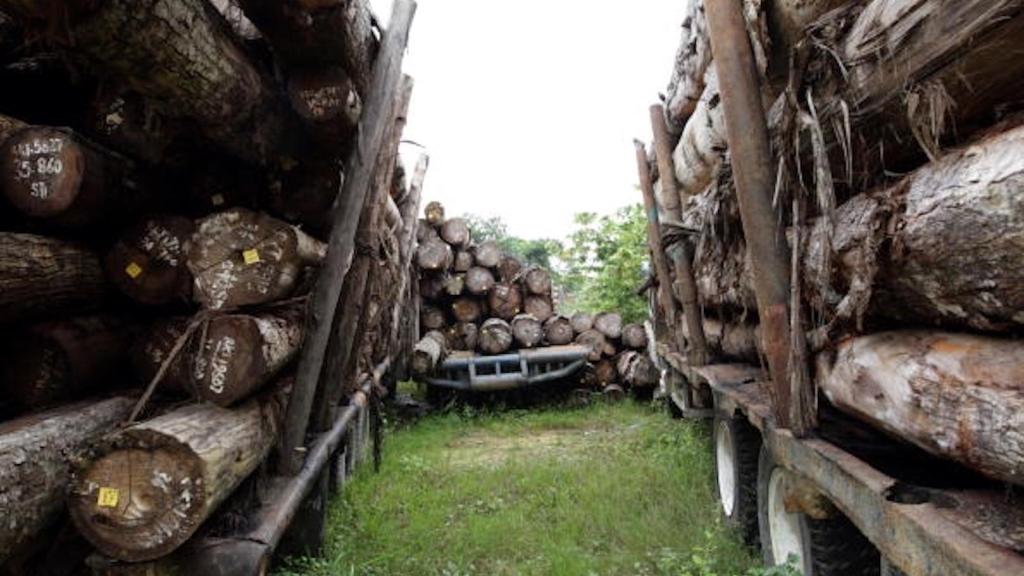 The ties between the timber industry and extremists

In March, my colleague Ali Breland and I wrote about a pro-logging, anti-climate group called Timber Unity that helped to scuttle Oregon legislation for cap-and-trade in 2019 and 2020. To the average Oregon voter, Timber Unity appeared to be an organic backlash fueled by frustrated rural voters in a state dominated by Democrats. The group’s rallies, which drew hundreds and sometimes thousands of truckers and loggers to the capitol, made it appear that it had broad support among Republican voters.

But actually, Timber Unity was founded and bankrolled by the logging industry — specifically Andrew Miller, CEO of a timber company called Stimson Lumber. At Timber Unity’s urging, in June 2019, Republican legislators staged a walkout that denied the government its two-thirds quorum to function, thus stalling climate legislation indefinitely. Timber Unity’s hijinks in the state legislature were coming to a head just as COVID-19 became a national emergency, depriving the state of a normal working legislative session at the start of the crisis.

Timber Unity has been praised by state and national Republicans, and includes at least one former Oregon GOP lawmaker among its leaders. But as we reported in March, there is a troubling strain of extremism among some members of the group, and leaders have done little to denounce it:

… its participants have had no qualms associating with violent extremists and far-right groups. Several senior members have been photographed alongside members of neofascist or militia groups, and when pressed, its leadership has failed to disavow such ties. Its rallies have prominently featured messages backing QAnon, the sprawling internet conspiracy theory that posits a cabal of liberal elites are running a pedophile ring, and that has spurred real-world violence.

Mother Jones has reviewed screenshots of members’ posts to Timber Unity’s private Facebook group that were assembled by Sunshine and local advocacy groups for his report. They document a forum awash with violent threats, conspiracy theories, and sometimes racist messages that likely violate the platform’s terms of service.

Members have repeatedly posted about physically harming or even killing people with whom they disagree. “When you thought you hit a dog, but realize it’s just climate change protestors” read one meme shared in the group involving a picture of Robert Downey Jr. standing outside a stopped car expressing relief. Threats about using guns or hanging to target political opponents are common. We also reviewed posts making unambiguous threats to Governor Brown’s life.

Timber Unity’s supporters have used the group to spread conspiracy theories. In the last week, a post alleging “China/Oregon collusion to take over … timber and rural Oregon communities” accrued hundreds of likes and comments, including ones backing an “insurgency” in response or blaming coronavirus on Democrats and the Chinese. Messages have included hoaxes about George Soros, the liberal megadonor who is a frequent target of anti-semitic conspiracies, and misinformation about vaccinations and baseless claims of their harmful effects.

Fast forward to this month, when the ties between Timber Unity and the alt-right became even clearer after the Capitol riots on January 6, even as the group has disavowed any association.

Timber Unity board member and spokesperson Angelita Sanchez was at the rally in Washington, D.C., on January 6, posting multiple videos outside the Capitol to social media feeds and taking to Timber Unity’s private Facebook channels to “put myself right in the middle of it,” according to posts reviewed by Mother Jones. Sanchez has told local media Willamette Week she did not enter the Capitol, and her statement suggested that “both sides” were to blame for the incursion. “What happened yesterday was a consequence of big government, on both sides, playing too many games with hard-working Americans,” she said. “I cannot in good conscience support the destruction of public property and violence between American people and Capitol Police…. I do not believe that anybody could have anticipated what actually happened yesterday. And the things that went on broke my heart.”

Another acknowledgment of how the group has become intertwined with other right-wing groups came a week after the riot, on January 13, when Timber Unity put out this statement to its members:

There will likely come a time during these sessions when we will call people to the capitols to protest legislation in a safe, lawful manner. We realize people in TU belong to other groups whose purpose is different than ours. We hope people who choose to attend the events of other organizations are mindful of personal safety and the safety of others, follow the laws, and are respectful of law enforcement.”

This statement came after video surfaced showing one of Timber Unity’s endorsed politicians, Oregon Representative Michael Nearmen, opening a door on December 21 that later allowed far-right, pro-Trump supporters to rush into the state capitol. Nearman has so far rebuffed pressure to resign.

Experts say there is no question that Timber Unity has helped lay the groundwork for this new Republican extremism in Oregon. Spencer Sunshine, a sociologist who studies right-wing extremism, compiled a report last winter on Timber Unity for Oregon environmental groups and told us, “They’re both profiting off of an extremist space and refusing to distance from it while posing as a mainstream organization.” Sunshine called on lawmakers to not turn a “blind eye to Timber Unity’s connections to Far Right organizations and conspiracy theories, nor should they ignore the group’s tolerance for its supporters using bigoted language and advocating actions that the overwhelming majority of Oregonians would find abhorrent.”