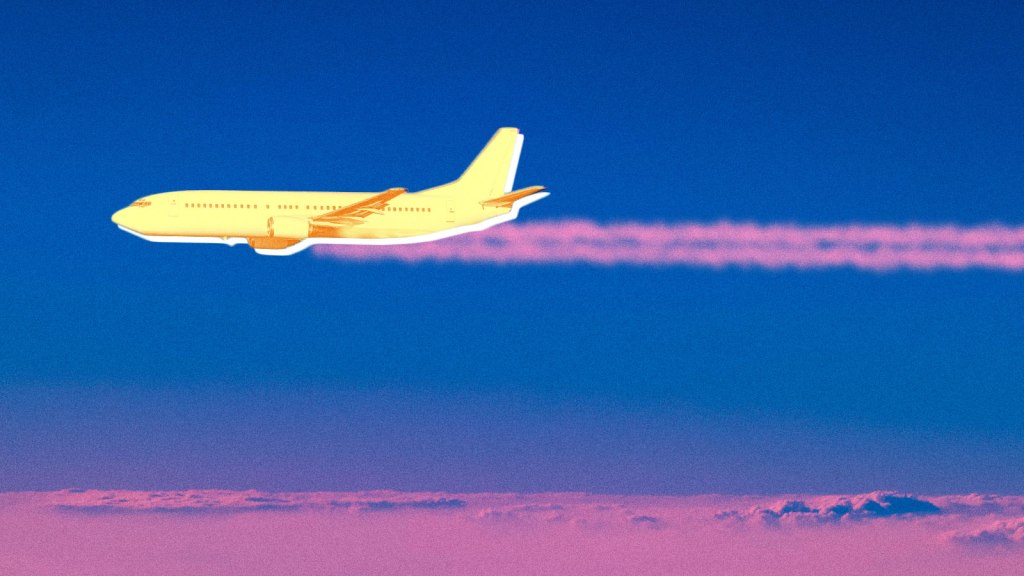 Cars, power plants, and some buildings are subject to fuel and energy efficiency standards in the United States. Believe it or not, up until now, the nation’s aviation industry has been free to do whatever it wants when it comes to emissions. Left to their own devices, U.S. airlines have let their carbon emissions steadily rise and their fuel efficiency gains stagnate. Between 2016 and 2018, emissions rose 7 percent while fuel efficiency improved by a measly 3 percent.

On Monday, the Environmental Protection Agency (EPA) introduced the U.S.’s first-ever CO2 standard for airplanes. The rule would impose regulations restricting emissions from the aviation industry — something many other developed countries have already done. The EPA hasn’t released the full proposal yet, which means details about what the rule will actually do are still TBA.

But isn’t Trump’s EPA certifiably averse to regulating polluters in any way, shape, or form? To say that the current administration hasn’t made emissions standards a priority would be an understatement. In fact, the Trump administration is facing threats of lawsuits from environmental groups over its recently finalized rule weakening fuel efficiency standards for vehicles.

While the EPA’s new CO2 standard for airplanes is historic, it doesn’t necessarily signal that the agency is changing its industry-friendly ways. The EPA has basically had its hand forced by both domestic green groups and an international regulator.

The rule’s long and tortuous journey began in 2010, when a group of environmental organizations sued President Obama’s EPA for neglecting to regulate emissions from ships and airplanes. A year later, the U.S. District Court for Washington, D.C., ruled that the EPA had to make a determination on whether emissions from planes posed a threat to public health. If the answer to that question was yes, the agency would have to create new regulations limiting those emissions. In 2016, green groups filed another lawsuit against the agency for neglecting to finalize the court-mandated evaluation of whether emissions from planes are harmful to public health. The EPA finally did so later that year, finding that plane emissions are indeed harmful. But the agency has dragged its feet on proposing the actual emissions regulation until now.

Daniel Rutherford, shipping and aviation director at the nonprofit International Council on Clean Transportation, says airplane manufacturers are eager for the rule to take effect. “Without a CO2 standard, Boeing and Gulfstream, for example, can’t sell their aircraft internationally in the future,” he said. That’s because of standards set by the U.N.’s International Civil Aviation Organization (ICAO), which was formed at the behest of the U.S. toward the end of World War II to help the booming aviation industry achieve uniformity. American manufacturers have been meeting ICAO’s emissions standards voluntarily, but in the future, the lack of EPA pollution standards for planes will hinder their ability to be competitive in the international market. Starting in 2023, Boeing and other manufacturers will need to recertify their existing aircrafts under the EPA’s forthcoming standard, otherwise they won’t qualify for sale under ICAO’s guidelines. In other words, it’s a matter of paperwork.

Rutherford emphasized that ICAO’s guidelines aren’t exactly the gold standard — they compel airlines to do the bare minimum, and the strictest ICAO requirements won’t even take effect until 2028. Green groups hoped the U.S.’s standards would be more stringent. “The trick with ICAO is that it tends to introduce what we call ‘technology-following standards,’ so instead of looking ahead and setting new poles for technology, it tends to say, ‘OK, let’s see what’s already developed and see that it’s deployed in all aircrafts,’” Rutherford said. ICAO’s recommendations might’ve been groundbreaking a decade ago, but most new aircrafts already meet the recommendations easily. “It’s very clear that the standard as ICAO proposed and probably as the EPA will propose itself is too weak to reduce emissions” by much, he said.

But the EPA’s rule could still change to become more planet-friendly. Once the rule is released, the public will have an opportunity to comment, a process that could take a month or more. After that, the EPA will have to finalize the rule, which typically takes about a year, which means the process will stretch into the next administration. If that administration is Democratic, it could scrap the original version of the rule and go back to the drawing board.“There might be an about-face on the requirements for the final rule,” Rutherford said, “but it’s really dependent upon the presidential election.”