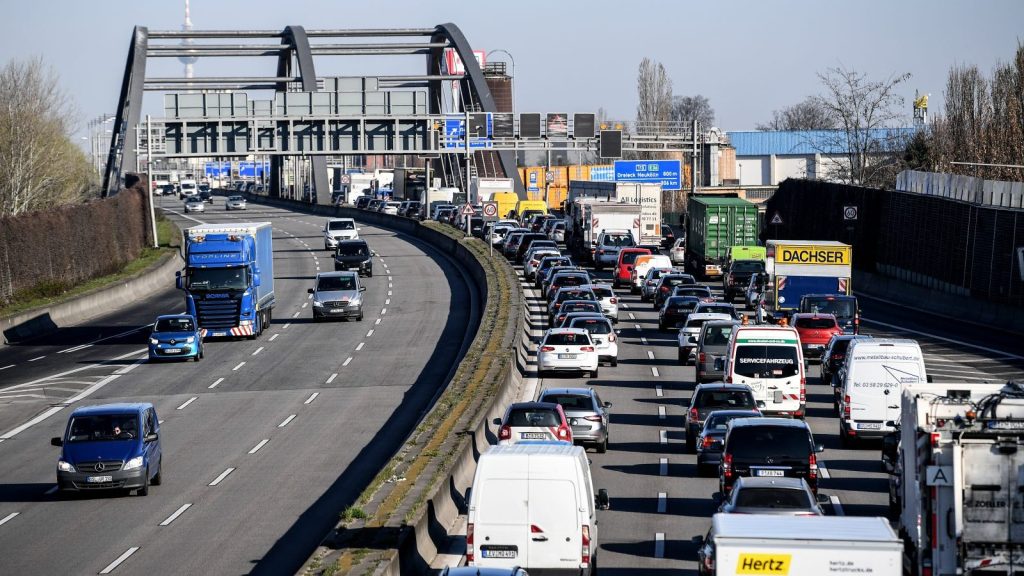 Just as the novel coronavirus has spread from person to person across the world, so too does traffic propagate through highways and city centers like a contagious disease. From a single crash, congestion ripples through a city, and now scientists have the models to prove it. Researchers in Australia, Iran, and the U.S. have modified a common model for mapping the spread of disease to show that it also works for describing the spread of traffic jams — only in this case it’s cars infecting each other with congestion instead of people infecting each other with a virus.

Weirdly, they found that in six distinct cities — Chicago, London, Melbourne, Montreal, Paris, and Sydney — traffic spreads quite similarly. “We can calculate how fast congestion spreads in a network, and that is actually independent of the geography and topography of the city,” says University of New South Wales engineer Meead Saberi, lead author on a new paper in Nature Communications describing the work. “It could be anywhere in the world, and the dynamics of the spread is very similar.”

More later on how that could possibly be — but first, let’s talk about those models. One way to characterize the spread of a disease like COVID-19 is known as a susceptible-infected-recovered model. Susceptible means the group of people who haven’t gotten the disease before and can now get sick; infected means those who are sick now; and recovered means those who’ve beaten the illness. Because the recovered are now immune, a pandemic tends to wane over time, as the virus has fewer and fewer potential hosts available to infect.

Adapting this model to characterizing traffic, the researchers looked at “links” instead of people, which means the physical roads between any two intersections. (A four-way stop is technically two roads coming together, but each direction counts as one link.) And instead of studying biological symptoms like coughing or fever, they studied traffic congestion, aka the jams in which cars slow and back up as a congested mass. “We have three different kinds of links in the network,” says Saberi. “Links that are susceptible to become congested, links that are congested, and links that have been congested and now they’re recovered.” So it’s the same analogy, he says, but “from a traffic perspective.”

These traffic dynamics are already well understood. Let’s say you’re on a freeway. There’s an accident up ahead, and everyone is rubbernecking as they drive by. When one person slows, the cars behind them slow in a fairly predictable way. They all have to slow eventually, lest each car slam into the one ahead of it. But as traffic picks up again after the accident, the speed-up is less predictable. Drivers accelerate as they see fit — some slam the gas, while others speed up more gradually. That is, there’s no constraint: Drivers don’t have to behave in a certain way, because there’s no longer a rubbernecking driver in front of them.

As a result of this stop-and-go phenomenon, congestion spreads like a contagion between cars and recovers when the accident is cleared off the road. “We managed to show that, yes, contagion models at a macroscopic level can describe the spread of traffic jams,” Saberi adds. “And we used some empirical data from six different cities around the world to show that it is actually universal.”

But how can traffic spread the same way in a labyrinthine city like London as it does along a more orderly grid like the one in Chicago? It turns out that it’s not about the street layout itself, it’s how the streets intersect — that is, how many links connect each intersection on average.

In Chicago’s relatively orderly layout, it has a lot of intersections where two roads — or four links — meet. In Paris, sometimes five or six links might meet per intersection. “But when we look at all these different cities — although they have very, very different urban forms — that average number remains almost the same,” says Saberi. “So it’s somewhere between two and three — every junction, there is somewhere between two and three streets that are coming together. And that’s why, although the topographics are different, the results will be similar, because that average node number is almost the same for them.”

A model like this could help city officials better manage their traffic, treating the “disease” before it has a chance to spread. To add an economic twist to the metaphor, “if you’re traveling down a freeway, and it’s highly congested, there’s a cost to you in time lost, in wasted fuel,” says Bob Pishue, a transportation analyst at the traffic data firm Inrix, who wasn’t involved in this new work. “And so people in that case — if the cost is really high — they’ll divert onto a side street, where they perceive their costs to be less. That’s sort of how you see traffic ripple out.” Those costs pile up as the contagion of traffic spreads, until swaths of the city are sick and unproductive.

But the disease model does have a few limitations. One is that while roads can get infected with traffic, they don’t then develop an immunity to traffic — their congestion may return just as severely the next day. At the moment, this model can only characterize what’s happening during one particular traffic peak, say evening rush hour. Also, the researchers developed a macroscopic model, so it can’t tell you exactly which street is congested, just how fast that congestion is propagating across a given city. “So you know that, for example, over this time period, half of the links in the network, or 10 percent of the links in the network, become congested,” says Saberi.

That said, Saberi’s team would like to create a model that offers resolution at the level of individual streets. “That’s our next step,” Saberi adds. “We want to extend this model to a more detailed model that can actually tell us which street is congested.”

The treatment for traffic could be something as simple as tweaking the timing of lights in a given area at a particular time, a sort of vaccination to prevent too much congestion from building up there. So the next time you’re stuck in traffic, know that a cure may be on the horizon.