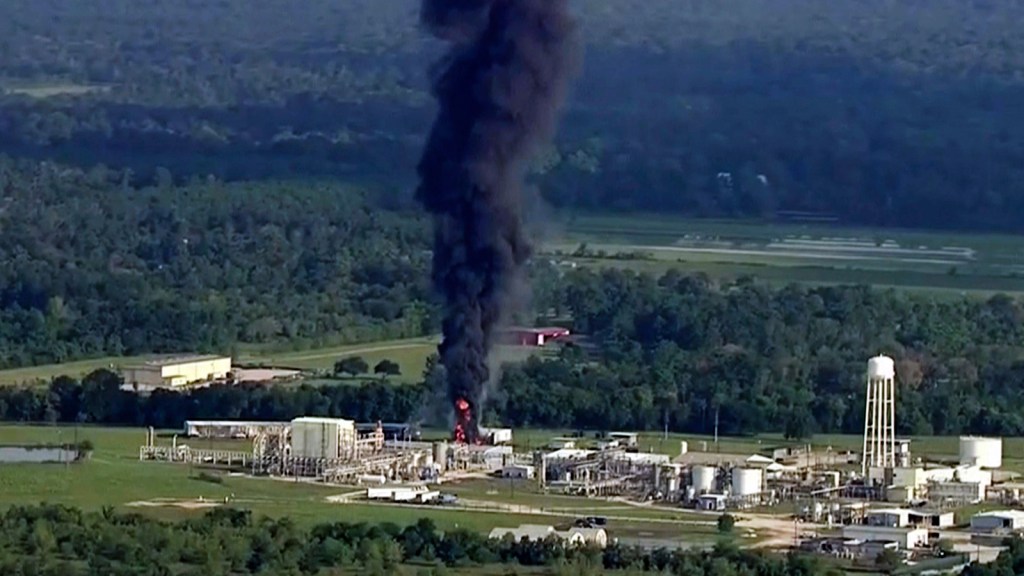 As Hurricane Harvey barreled toward Houston in 2017, the Texas Commission on Environmental Quality, the state environmental agency, shut down its expensive air quality monitors in the area to protect their equipment.

Over the next week, petrochemical plants and other industrial facilities around Houston released hundreds of tons of toxic chemicals into the air. An oil storage tank at a Valero plant released 12.5 tons of cancer-causing chemicals such as benzene, hexane and toluene. An explosion at a nearby chemical plant resulted in a series of fires. The entire time, state and federal regulators weren’t keeping track of the region’s air quality. Even as residents reported headaches and nausea, the EPA and TCEQ reassured the public that the air quality was fine.

A report out Monday from the EPA’s Office of Inspector General confirms red flags raised by environmental and community groups after Harvey. The report found that the EPA and TCEQ did not collect data when emissions of numerous carcinogenic chemicals were at their peak. And when they did begin conducting air monitoring, the agencies collected data that could not be used to draw meaningful conclusions about the risks to public health.

“The EPA and state and local agencies conducted mobile monitoring to assess air quality conditions following the storm, but it was too late to assess the total impact of emissions,” said Julie Narimatsu, a program analyst who worked on the audit, in an interview released by the EPA’s inspector general.

Air quality in Houston, a hub’s oil and petrochemical refining, is among the worst in the country, and a slate of fires and explosions in recent years has spotlighted the problem. Fires at an Exxon Mobil refinery and a chemical storage facility this year left the country’s fourth-largest city blanketed in smoke.

In a statement to the press, Elena Craft, senior director of environmental health and climate at the nonprofit Environmental Defense Fund, said that Harvey “put into sharp focus the failures of EPA and Texas in responding to natural disasters.

“Both are ill-equipped and ill-prepared to assess and communicate threats to people’s health during emergencies,” she said.

In response to rising concerns from residents, the EDF paid for its own testing to gauge air-quality around Houston after Harvey. The EPA’s inspector general found that a lot of the data collected by the agency, the city of Houston, and EDF could not be used to measure the damage to public health.

For instance, the EPA drove buses with air monitoring equipment around Houston well after Harvey had left to Louisiana and the rain had subsided. The EPA also averaged the toxic chemical concentrations every one to two seconds, a timeframe too short to assess whether they could cause harm to public health. Yet, the EPA, TCEQ, and the city government used the data to conclude the air quality was safe, the audit found.

“Monitoring efforts did not always generate data considered suitable for making health-based assessments, in part because there was no guidance outlining how to monitor air quality following an emergency,” the investigators noted.

The data that the agencies collected did not show that chemical levels breached key public health thresholds. But the report noted that the levels used to assess the danger did not consider the cumulative effect of multiple chemicals. The Manchester neighborhood in East Houston, for instance, is adjacent to petrochemical facilities, and sits within a four-mile radius of 93 percent of all emissions released during Harvey. For Manchester residents, the impact of breathing in toxic chemicals during and after the hurricane was compounded by their daily exposure.

An investigation by the Los Angeles Times published earlier this year found that the EPA and the TCEQ had also declined air monitoring assistance from NASA in the aftermath of Harvey. The space agency had offered to fly a state-of-the-art aircraft fitted with air quality measurement equipment. According to NASA officials, the aircraft would’ve provided a more detailed analysis of the region’s air quality. The Times’ findings led to a congressional inquiry.

In response to the audit, Peter Wright, the EPA’s assistant administrator for the Office of Land and Emergency Management, said that his office did not agree with the audit’s recommendation to develop new air monitoring guidelines. “Each emergency is unique, as are the associated responses,” he said. Decisions regarding monitoring are made based on an evaluation of the specific incident.”

The inspector general’s report also noted that TCEQ declined to meet with the auditors anddid not provide the data it collected from helicopter flyovers after Harvey. In a letter to the EPA’s inspector general, Jon Niermann, the state agency’s chairman, said that there were “numerous misunderstandings” in the report and the description of communications described “do not comport with the recollections of TCEQ employees.”