Clinton might pick whatshisname — that ag guy — for Veep 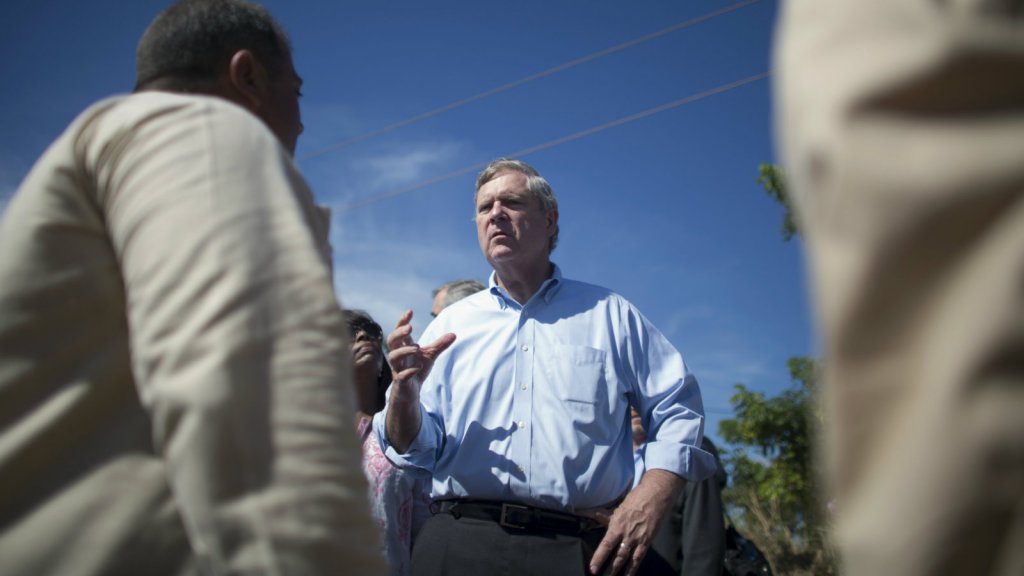 Clinton might pick whatshisname — that ag guy — for Veep

Rumor has it that Hillary Clinton may pick Tom Vilsack, President Obama’s Secretary of Agriculture, as her veep. Sen. Tim Kaine of Virginia and other names come up more frequently, but Vilsack has a good shot according to Politico reporters Gabriel Debenetti and Helena Bottemiller Evich.

What to say about Vilsack? As Vanity Fair put it: “Vilsack is boring, as even his staunchest defenders will admit.”

Vilsack spins his dullness as a virtue. “I’m a workhorse, not a show horse,” he told Politico.

The former governor of Iowa is the longest serving member of Obama’s cabinet. People seem to like him on both sides of the aisle. His record is squeaky clean, except for one real scandal. In 2010, he fired a USDA employee and all around admirable person, Shirley Sherrod, after Breitbart News made allegations about her that turned out to be false. He apologized a couple of days later and said he’d made a mistake.

Vilsack has pushed programs to fight poverty and worked closely with Michelle Obama on school lunch standards. He’s also overseen a big increase in funding for local and organic farm programs — too much according to some row-crop farmers, and not enough according to some activists. He’s a reformer, working within the system rather than tearing it down, much like a certain presidential candidate.