Dems warm up crowd with Demi Lovato -- and climate change 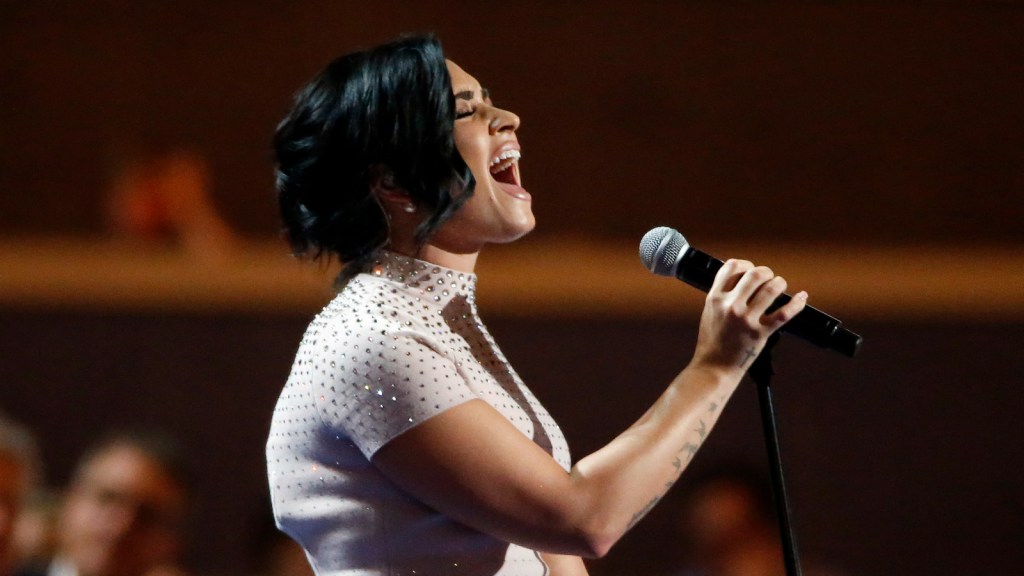 REUTERS/Lucy Nicholson
So leave the lights on

Dems warm up crowd with Demi Lovato — and climate change

PHILADELPHIA — How do you follow Demi Lovato’s rousing rendition of an upbeat, feminist pop song on the first night of the Democratic National Convention? By talking about climate change, obviously. (Well, it works for us at Grist.)

As Lovato took her exit, the DNC transitioned into its first prime-time mentions of climate change, with a video highlighting how warming threatens the Florida Everglades. Then came Sen. Jeff Merkley of Oregon, who also touched on climate change — if quickly — in a speech that focused on bringing Bernie Sanders and Hillary Clinton supporters together.

“Hillary Clinton and Bernie Sanders have forged the most progressive platform in our party’s history,” Merkley told the crowd. One of the ways they’re working toward solutions, he said, is by building “to 100 percent renewable energy to fight climate change.”

All of that means that in just a few minutes of prime time, the Democrats are already on track for a more robust discussion of climate change than we saw last week. The only main speaker who mentioned the issue at the Republican National Convention was fracking mogul Harold Hamm. As you might imagine, he wasn’t that focused on clean energy, noting instead that terrorism means “every onerous regulation” would risk American lives. Take us back to the pop music, please.