Hey, someone mentioned climate change on stage at the Republican convention 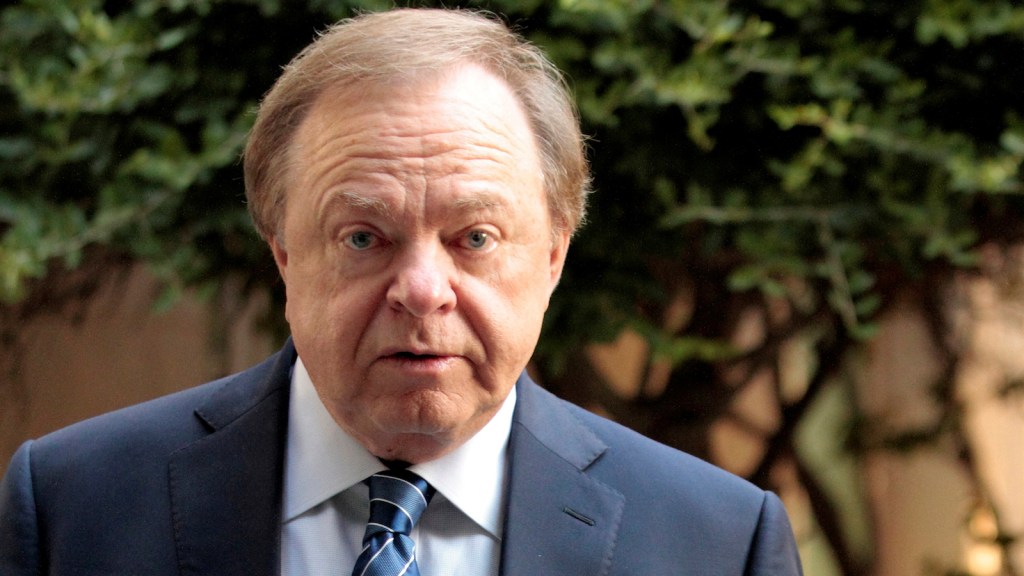 Hey, someone mentioned climate change on stage at the Republican convention

Harold Hamm, a fracking mogul and GOP donor, ventured where few Republicans are willing to go on Wednesday night: He mentioned climate change on stage at the Republican National Convention. “Climate change isn’t our biggest problem,” he said. “It’s Islamic terrorism.” OK, not a rousing call to action, but at least there’s the implication that climate is a problem.

But, of course, the real focus of the speech was the need for more oil and gas drilling — and how it could save us from the bad guys. “We can double U.S. oil production again and put America in a global league of its own,” Hamm said. “Every time we can’t drill a well in America, terrorism is being funded. Every onerous regulation puts American lives at risk.”

Currently an energy advisor to Trump, Hamm is reportedly being considered for energy secretary, a cabinet position that oversees nuclear safety and funding for energy research and technology. During President Obama’s two terms, the spot has been filled by first a Nobel Prize-winning scientist and second a nuclear physicist.