Fracking and immigration activists unite 60 feet above the RNC 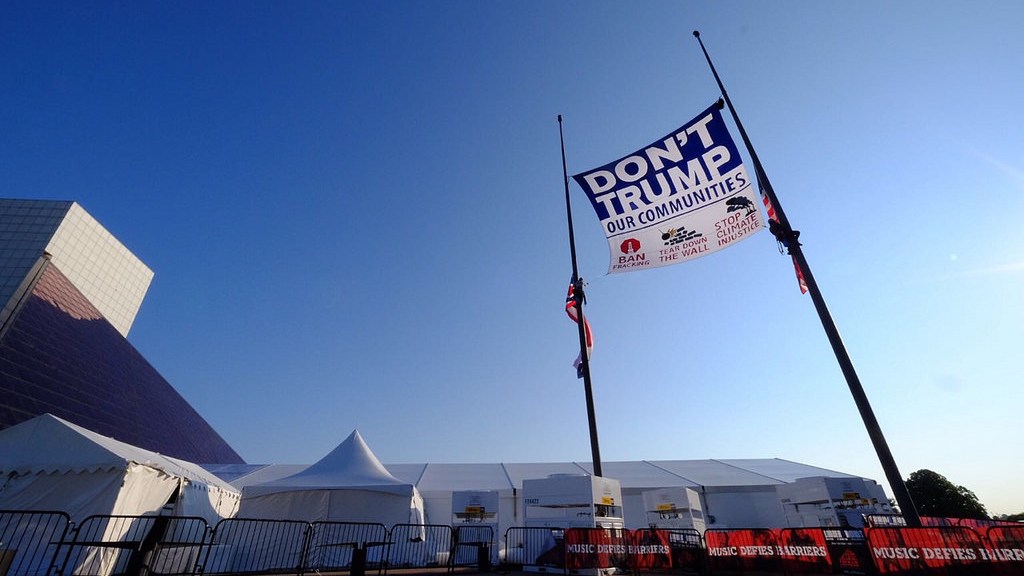 Fracking and immigration activists unite 60 feet above the RNC

What are these two groups of activists doing together? Their issues overlap. In many places around the country, immigrants live in areas where oil companies use hydraulic fracturing to release natural gas and oil. Most of the fracking in California, for instance, happens in the Central Valley, near fields where undocumented workers harvest crops to feed the rest of the country. Fracking sites are more likely to be in neighborhoods of color and poverty.

Emmelia Talarico, an activist who traveled to Cleveland, Ohio from Maryland for the protest, said that “communities directly impacted by oil and gas extraction have come together with immigrant communities being torn apart by deportations to take a stand against an unjust system that targets us all.”

Three of the four activists were arrested and are now raising money for bail.