Michelle Obama, Elizabeth Warren, and Bernie Sanders all did one important thing in their convention speeches 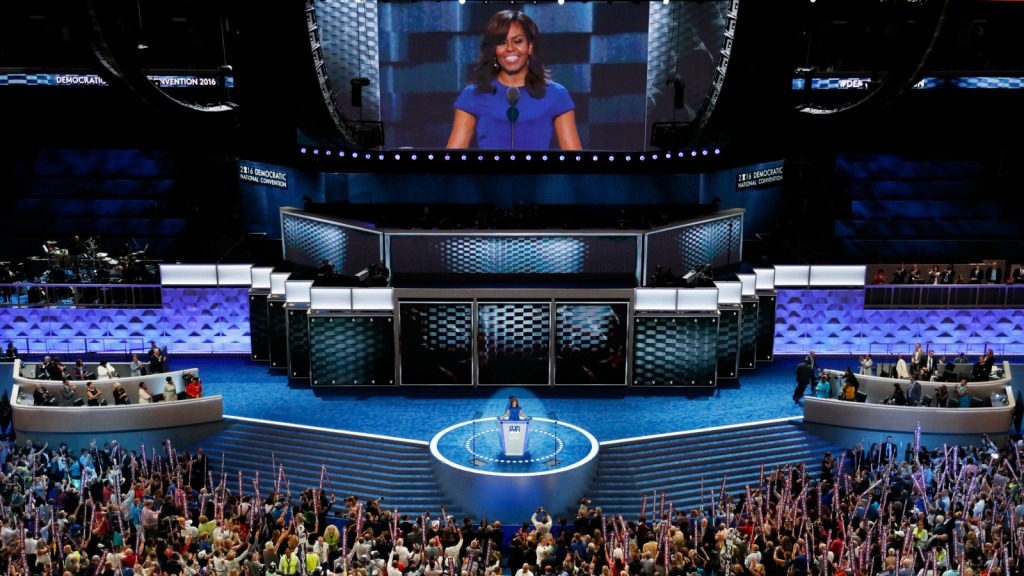 REUTERS/Rick Wilking
I believe the children are our future

Michelle Obama, Elizabeth Warren, and Bernie Sanders all did one important thing in their convention speeches

PHILADELPHIA — Michelle Obama, Elizabeth Warren, and Bernie Sanders each chose different words to unite their party on the first night of the Democratic National Convention, but there was a unifying theme to their speeches. In outlining the high stakes of the election, they all talked about the huge consequences for future generations.

Take Michelle Obama, who said, “In this election, and every election, it is about who will have the power to shape our children for the next four or eight years of their lives.” Warren later said, “Hillary will fight to preserve this earth for our children and grandchildren. And we’re with her!” And then in Sanders’ big finale, he noted “the need to leave this world in a way that is healthy and habitable for our kids and future generations.”

Anyone who’s concerned about climate change should recognize this argument. Perhaps more than any big issue in this election, climate change is about the decisions we make now and their impact on future generations. Whether they were referring to climate change or not, Obama, Warren, and Sanders were pleading with the Bernie-or-bust section of their party using the same logic.

“This election is about climate change, the great environmental crisis facing our planet,” Sanders said, in remarks that were nearly word-for-word what he said when he endorsed Clinton two weeks ago. “Hillary Clinton is listening to the scientists who tell us that unless we act boldly to transform our energy system in the very near future, there will be more drought, more floods, more acidification of the oceans, rising sea levels. … Hillary Clinton understands that a president’s job is to worry about future generations, not the profits of the fossil fuel industry.”

Warren talked about how dysfunction in Washington, D.C., benefits the fossil fuel industry rather than the public. “Washington works great for those at the top,” she said. “When huge energy companies wanted to tear up our environment, Washington got it done. … When we turn on each other, bankers can run our economy for Wall Street, oil companies can fight off clean energy.”

Obama didn’t hit on climate change directly in her rousing speech, but she didn’t need to. It’s clear enough what inaction on global warming would do to hurt younger generations.