Sanders endorses Clinton to lead the fight against climate change 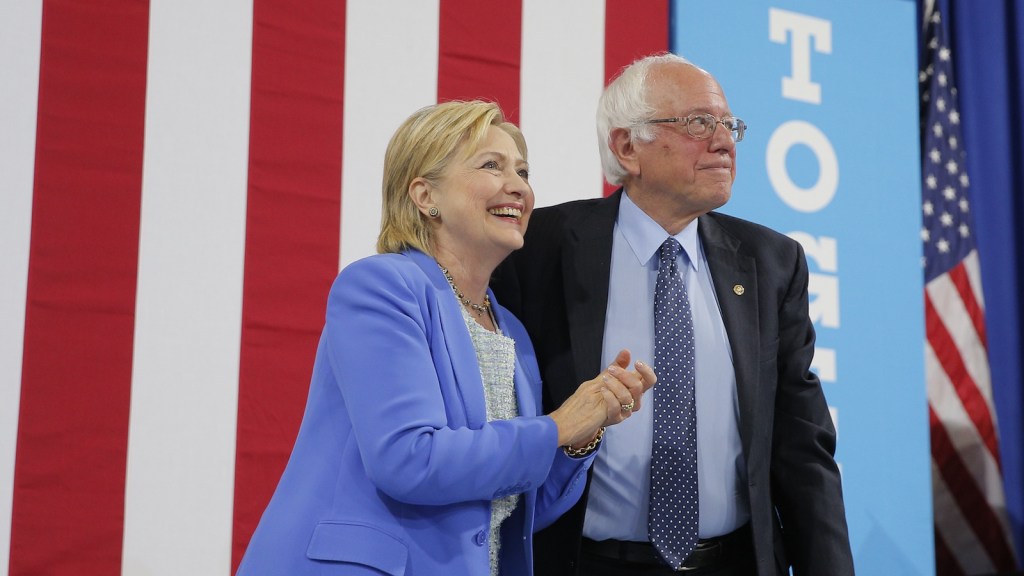 Sanders endorses Clinton to lead the fight against climate change

Bernie Sanders officially threw in the towel on Tuesday in New Hampshire by endorsing Hillary Clinton for president. Hitting on the themes his campaign has stressed throughout the primaries, Sanders laid out what this election is really about. One of his themes has been climate change, which featured heavily in his speech:

This election is about climate change, the greatest environmental crisis facing our planet, and the need to leave this world in a way that is healthy and habitable for our kids and future generations.

Hillary Clinton is listening to the scientists who tell us that if we do not act boldly in the very near future there will be more drought, more floods, more acidification of the oceans, more rising sea levels. She understands that we must work with countries around the world in transforming our energy system away from fossil fuels and into energy efficiency and sustainable energy — and that when we do that we can create a whole lot of good paying jobs.

Donald Trump: Well, like most Republicans, he chooses to reject science — something no presidential candidate should do. He believes that climate change is a hoax. In fact, he wants to expand the use of fossil fuel. That would be a disaster for our country and our planet.

The endorsement rally was kicked off by climate activist (and Grist board member) Bill McKibben. “Secretary Clinton, we wish you Godspeed in the fight that now looms,” McKibben said.