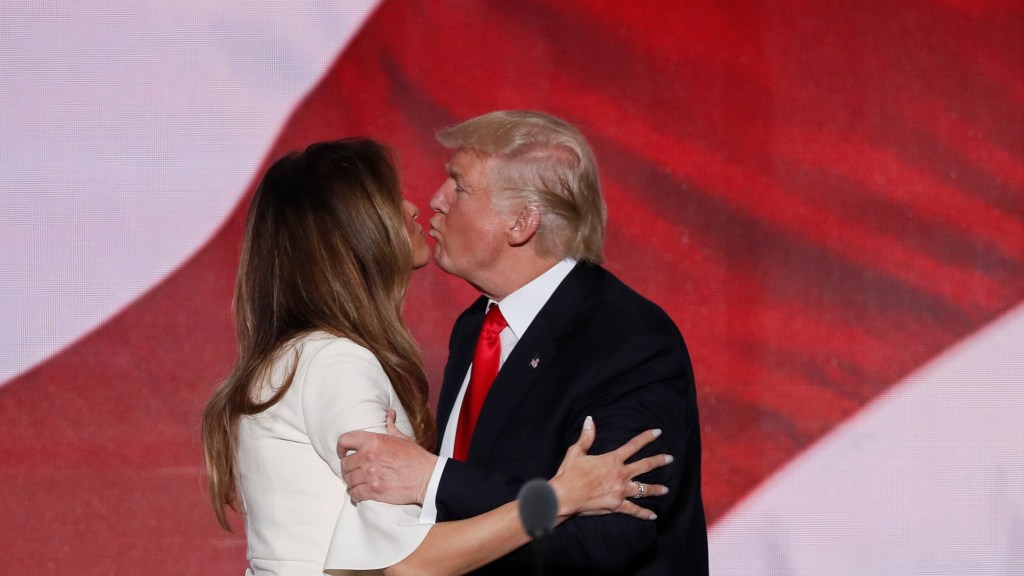 One of the biggest headlines out of the Republican National Convention this week was that Melania Trump’s speech plagiarized Michelle Obama’s words from 2008.

Though not as puzzling, or high-profile, as her unexplained gaffe, there’s much more insidious plagiarism that we see every day in politics. Like, for example, Republicans stealing near-exact language from the dirty energy industry. The 2016 Republican platform calls coal “an abundant, clean, affordable, reliable domestic energy resource.” The language is remarkably similar to that of the lobbying group American Coalition for Clean Coal Electricity, which describes coal as “an affordable, abundant and increasingly clean domestic energy resource.”

Even when the language isn’t lifted directly, the party often copies ideas from industry and  big donors.

The GOP platform includes a proposal “to shift responsibility for environmental regulation from the federal bureaucracy to the states and to transform the EPA into an independent bipartisan commission, similar to the Nuclear Regulatory Commission, with structural safeguards against politicized science.” Politico notes that the idea comes from Pepperdine University Professor Stephen Hayward, who happens to be a fellow at the Koch-funded American Enterprise Institute and treasurer of the Koch’s money-machine Donors Capital Fund.

You also see the same kind of borrowed language when politicians are trying to dodge the issue of climate change.

Last year, Arch Coal handily supplied members of Congress with a memo about how to respond to Pope Francis’ encyclical on climate change, including noting that the encyclical “does not appear to address the tragedy of global energy poverty” and that billions “around the globe are living without electrification and suffering though untold poverty and disease as a result.” Republican politicians echoed these points everywhere. “I think on the whole that much of the effort to reduce global warming actually hurts the poor,” House Science chair Lamar Smith said last year. The idea that coal is the only good way to lift the world’s poor out of energy poverty originally traces back to Peabody Energy, one of the world’s largest coal companies.

Copying ideas is not the same as copying language. But in a way, it’s even more insidious, because it’s so tough to catch politicians in the act — and because pro-coal policies are much more damaging to Americans than encouraging words about hard work and integrity. And to be clear, Democrats lift ideas from special interests and wealthy donors, too. Among Republicans dealing with energy, climate change, and the environment, though, the problem is especially pervasive given the powerful lobbying arm pushing to protect industry profits.