Third Eye Blind played a benefit concert Tuesday night in Cleveland, which is home to the Republican National Convention this week. The band asked those in attendance questions like, “Who here believes in science?” and talked about inclusivity. All that was met with jeers from the conservative crowd, who apparently liked the band’s music enough to stick around anyway.

On Wednesday, Third Eye Blind had the last word: 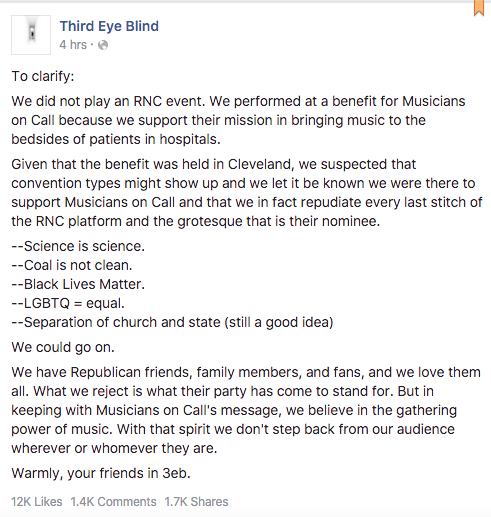 There you have it. A ’90s alt-rock band with better ideas than the Republican platform.