Drilling and mining companies got a holiday gift from Trump 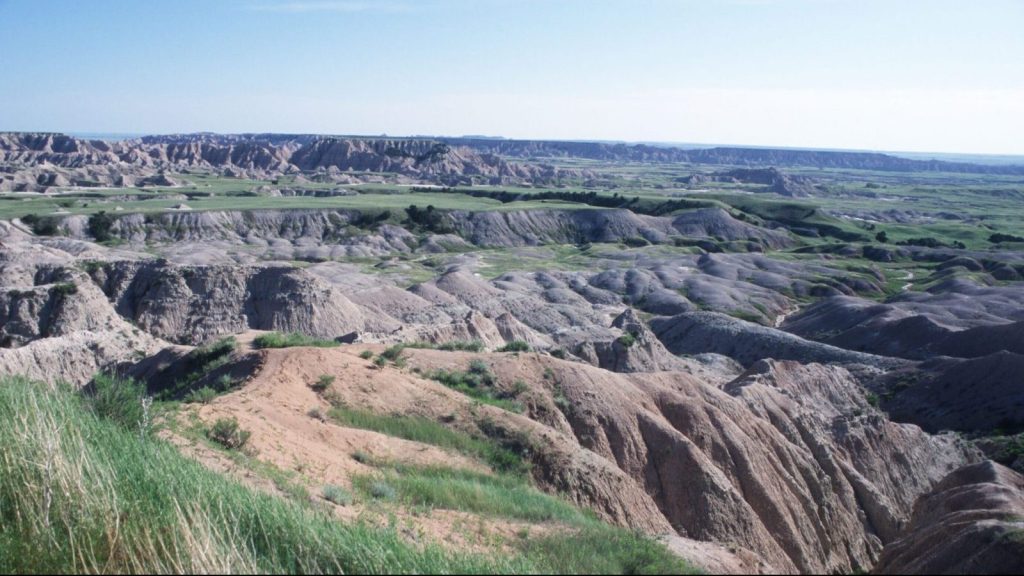 Drilling and mining companies got a holiday gift from Trump

For a limited time only, some of America’s protected lands are open for heavy-duty industrial development. The Trump administration has made it a priority to open vast stretches of U.S. lands to mineral extraction projects. Over the past four years, at least 10 million acres have been leased to oil and drilling companies, turning formerly pristine forests and mountain-scapes into spreads of cratered, barren land laden with heavy machinery.

The next administration is likely to take a different approach to federal lands. President-elect Joe Biden will take office on January 20, 2021, and has announced a diverse and climate-conscious set of cabinet nominees. Notably, the nomination of Deb Haaland — who would become the first Native American Secretary of Interior — brought many environmental organizations hope for the responsible and equitable management of federal lands in the future.

But in a last-minute dash before President Trump leaves office, his administration has approved several mining and drilling projects that may commence before Biden has any say. These projects, in states around the country, would bring in thousands of jobs for residents — but as The New York Times noted recently, that would often come at the expense of protected lands, endangered species, and sacred Indigenous sites. Here’s a sampling of what’s been happening in public and federal lands over the holidays.

The Southwest has been a prime target for corporate projects under the Trump administration, and Arizona is no exception. Now in question: part of the Chí’chil Biłdagoteel Historic District in Tonto National Forest in central Arizona. The landmark is considered sacred ground by many tribes, and has served as a site of cultural and ceremonial significance for close to 1,500 years.

An act passed by Congress in 2014 proposed the transfer of 2,422 acres of this land to Rio Tinto’s Resolution Copper Mining. (The international mining operation Rio Tinto recently faced backlash for destroying a 46,000-year-old aboriginal heritage site in Australia.) Now, the Trump administration is rushing the environmental assessment process to make the land transfer happen earlier than originally planned. The Forest Service is expected to release its final environmental assessment next month, after which — no matter the outcome — the lands will be transferred to Rio Tinto. The U.S. Department of Agriculture notes that the mining operation could leave a 1.8 mile-wide crater in the middle of the desert oasis.

Representative Raúl Grijalva, a Democrat from Arizona, told the Guardian that the administration was “cutting corners” for the mining project while the tribes dealt with the COVID-19 pandemic. “Trump and Rio Tinto know the tribes’ reaction would be very strong and public under normal circumstances,” he said, “but the tribes are trying to save their people right now.”

The Interior Department may approve drilling in the Labyrinth Canyon Wilderness Area next to Utah’s famous Horseshoe Canyon. The Bureau of Land Management, or BLM, is in conversations with the company Twin Bridges about their Bowknot Helium project to extract what is believed to be a huge underground helium deposit.

Labyrinth Canyon has one of the most iconic, world-renowned tributary systems in the United States, and it was designated as wilderness in a sweeping land conservation bill from 2019. When lands are set aside as wilderness, legally, they are to be left undisturbed from any commercial use. However, just a couple of weeks before the bill went into effect, the BLM issued a lease for the helium extraction project. Earlier this month, several environmental nonprofits filed a lawsuit against the Interior Department over its plans for the area, claiming that it rushed to complete the deal, forgoing a proper public comment period and an adequate review of the project’s environmental consequences.

The lithium deposit at Thacker Pass, in public land in northern Nevada, is one of the biggest on the planet. The Department of Interior may soon grant final approval for a proposed open-pit lithium mine and processing facility here.

Lithium is a key resource for transitioning to renewable energy — it’s used to create batteries for storing energy generated by wind turbines and solar panels, in addition to use in electric vehicles, cell phones, computers, and other devices. Currently, there is only one other lithium mine in the country, the Silver Peak lithium mine (also in Nevada). The proposed project in Thacker Pass is expected to provide 60,000 tons of battery-grade lithium carbonate every year.

But there may be some drawbacks. Several Humboldt residents expressed concerns over the proposed mine in reaction to the mine’s draft environmental impact statement. They argue that the project could contaminate the groundwater, disrupt local cattle operations, and threaten endangered species like the sage grouse.

The project, started in 2017, was halted after environmental organizations and community members expressed concerns over sedimentation, erosion, and threats to endangered species. Earlier this year, the Forest Service released a revised environmental impact statement for the project, which critics said provided limited details and underestimated its impact on the protected lands.

The Oglala Sioux Tribe has been fighting a proposed uranium mine in the Black Hills of South Dakota. The Dewey-Burdock mine, proposed by the Canadian company Powertech, would span more than 12,600 acres and is slated for construction on an area that was formerly part of the Great Sioux Reservation. Members of the tribe claim that the project would violate an 1868 treaty and federal laws that protect the land as an ancestral burial ground.

They also have concerns about the process for extracting uranium, which they fear could pollute underground water resources. The mine would extract as much as 8,500 gallons of groundwater a minute from the Inyan Kara aquifer to collect a total of 10 million pounds of uranium.

Last month, the EPA provided final approval on several permits for the construction of the uranium mine. However, the project will need regulatory approvals from other state and federal agencies before it can move forward.