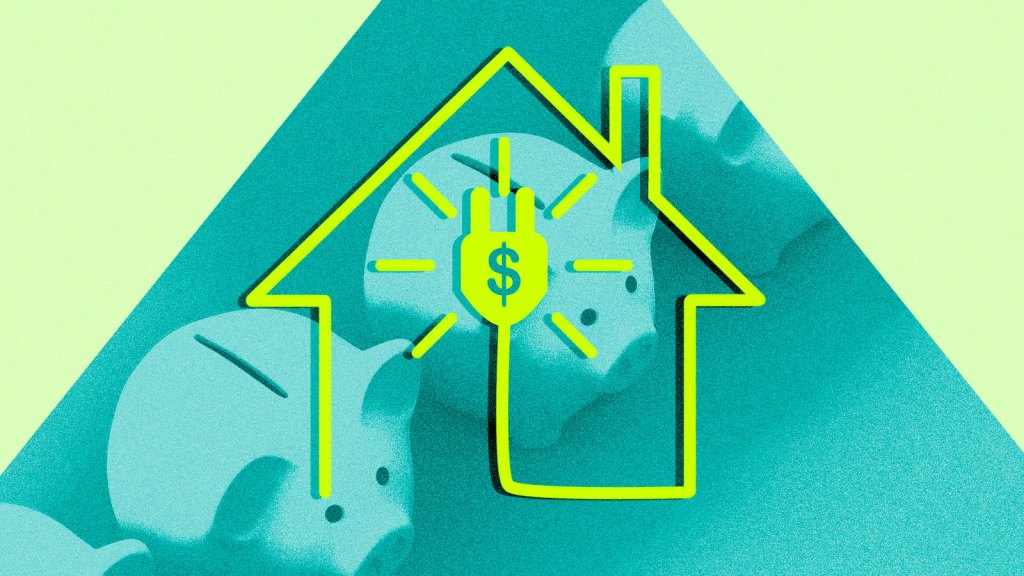 Despite the recession caused by the COVID-19 pandemic, at least one sector of the economy seems to be booming: residential construction. Specifically, the construction of single-family homes. Mortgage rates are low, and demand is high as work-from-home life has led many Americans to dream of having a bit more space. U.S. Census Bureau data released Tuesday shows that in September, permits for new single-family homes were up 24 percent compared to last year, and new construction was up 22 percent.

With the construction market thriving, a timely report published by the Rocky Mountain Institute (RMI), a clean energy think tank, illustrates one way developers can keep energy costs and climate impacts down in these new homes: Go electric. The authors compared the cost of building an all-electric single-family home to a home hooked up to the gas system in seven cities around the U.S., and found that all-electric homes saved money and reduced carbon pollution in every case.

Only about one in four homes in the U.S. is fully electric, and the vast majority of them are concentrated in the Southeast, where winters are mild. Recent improvements in heat pump technology have made all-electric homes in colder parts of the country more feasible and economical, but adoption has been slow. In 2019, in the northeast, midwest, and west, more than 80 percent of new single-family homes were hooked up to gas.

The idea that all-electric homes can be cheaper to build and occupy, and will produce fewer emissions than homes hooked up to the gas system, is not new. Past studies, including by RMI, have already illustrated the potential upsides of building all-electric: Heat pumps, the most energy-efficient technology for heating homes with electricity, also provide air conditioning, and killing those two birds with one stone saves money upfront. In a lot of cases, going electric saves developers the cost of laying down a gas main. And ultimately, electric homes produce no emissions directly, since no fuels need to be burned on site.

But the new study goes a layer deeper, seeking to address some of the questions that “electrify everything” arguments typically raise — arguments like, isn’t gas usually a lot cheaper than electricity? And don’t the savings depend on the climate? (Californians aren’t going to be turning up the heat nearly as high or as often as New Yorkers or Bostonians.) And doesn’t it matter how cold it gets? (Houses built for extremely cold weather will need larger systems.) And don’t the climate benefits depend on how clean the electric grid is? (If your electricity comes from coal, that gas-fired boiler could start to look like the more climate-friendly option.)

The answer to all of these questions is yes. But taking these factors into account in this new study did not change the overwhelming results: In seven different cities, with seven different climates, all-electric single-family homes still won on the basis of both cost and emissions savings over an assumed 15-year equipment lifetime. The cities RMI analyzed were Austin, Texas; Boston, Massachusetts; Columbus, Ohio; Denver, Colorado; Minneapolis, Minnesota; New York, New York; and Seattle, Washington.

Consider Minneapolis, where the average low in January is a bitter 7.5 degrees F. A new home there would require a significantly higher-capacity — and more expensive — heat pump than in, say, Seattle. The up-front cost of building an all-electric home, with heat pumps, hot water heat pumps, and an electric stove, was found to be roughly the same as building a home hooked up to gas. And, as in most places, electricity rates are higher in Minneapolis than gas rates. So how did the electrified building win out?

It turns out, the electric utility in Minneapolis grants all-electric homes a lower electricity rate during the winter months. That discount, combined with the better efficiency of electric appliances compared to gas ones, meant that building an all-electric home would save you about $1,900 over a 15-year period. When taking into account how Minnesota’s grid is expected to change over the next decade and a half, RMI estimated that the electric home would also prevent 28 tons of CO2 emissions, or about the same as taking 28 round trip flights from New York to London.

Amar Shah, one of the authors of the report, said he believed their findings were conservative when it comes to CO2 mitigation. The model they used did not take into account some of the coal closures and renewable energy procurements announced in the past two years that will make the grid even cleaner in the coming decade in many states.

Despite recent jumps in new construction, it’s important to remember that most of us don’t live in new homes. Only 6 percent of U.S. homes were built in the last 10 years. And retrofitting an existing home to switch from gas to electric is a more complicated and expensive process than building from scratch, though many state utility programs now offer incentives to help offset the cost. RMI has a forthcoming report on the relative costs of retrofits in the same seven cities that will be released later this year.

But Shah said that quantifying the benefits of new all-electric homes could help push the market in the right direction, since one of the big factors holding back electrification is a lack of information among contractors about the technology. New homes are “the lowest-hanging fruit if we’re going to start making this transition and getting people signaled that these are technologies that they want to be familiar with,” he said.